The couple has had a rocky couple of months, with Cardi B filing for divorce two months ago. It does seem though that the couple is on the mends, and the two are enjoying healthy family time together and bonding with Offset’s family.

Offset posted a video of the pair along with his pals rocking out to a Dominican hit song called “El Juidero” by musicians @bulin47_oficial and @chimbalaofficial, that has taken Tik Tok by storm.

Cardi B, who recently received the Billboard Woman of the Year award, was comfortably dressed in pink loungewear that hugged her curves and was bare feet with sparkling pedicured toes. She took center stage of the group as she assumed the bunny hop style dance with intricate footwork. 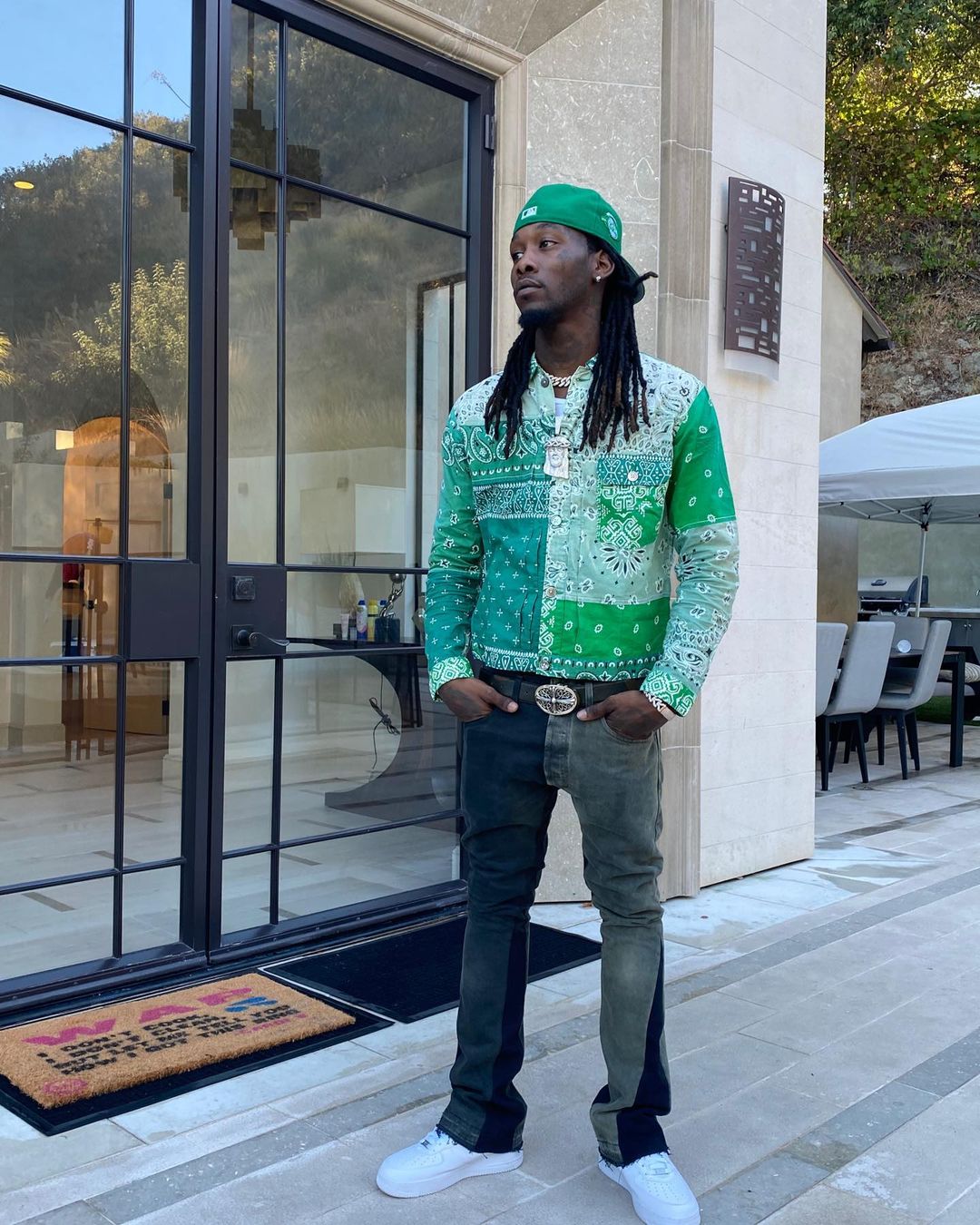 Offset, on the other hand, tried his best to keep up, looking a bit stiff, but his rhythm wasn’t bad considering that it is Cardi B, who is from the Latin side. The ‘Bodak Yellow’ artist is of Dominican and Trinidadian descent and has always identified as West Indian, but she also speaks Spanish and proudly celebrates her Dominican background.

The Grammy-winning rap star seems to be keeping up to date with the dance trends in her country as this is one of the most popular dances in Dominica and also on Tik Tok, where many post their versions.

Meanwhile, Quavo reacting to offset’s video, said, “Oh that’s what u downstairs doin!!” It seems like the dance may have caused some shuffling, which didn’t go unnoticed for Quavo.

It also seems that Cardi B didn’t make the thanksgiving dinner as she jokingly said she didn’t think Offset’s family trusted her to make a delicious Thanksgiving meal. It seems that the famous lyrics in WAP- “I don’t cook, I don’t clean” has been taken literally by Offset’s family.