Romeich is turning up the feels today as he shared adorable messages of love to Shenseea’s son Rajeiro who is celebrating his fifth (5) birthday today.

In a post on Instagram from his Romeich Entertainment account, he said “I met your mom in 2016 and from me sign her to @romeichent not a week pass by that I don’t talk to you or show you love. Nobody can’t tell me say u a no my son and no one cant tell u say am not u dad.”

He added that he loved Rajeiro affectionately called Raj, as his own son “my love for you is same as Xzander and I will grow you as my own each and everyday, you bring so much happiness not only in my life but in my friends and families too. I just wanna say happy bday and I love you so much my papa! Me second son.”

The post received almost 40k likes and featured several videos and photos of Romeich and Raj over the years. 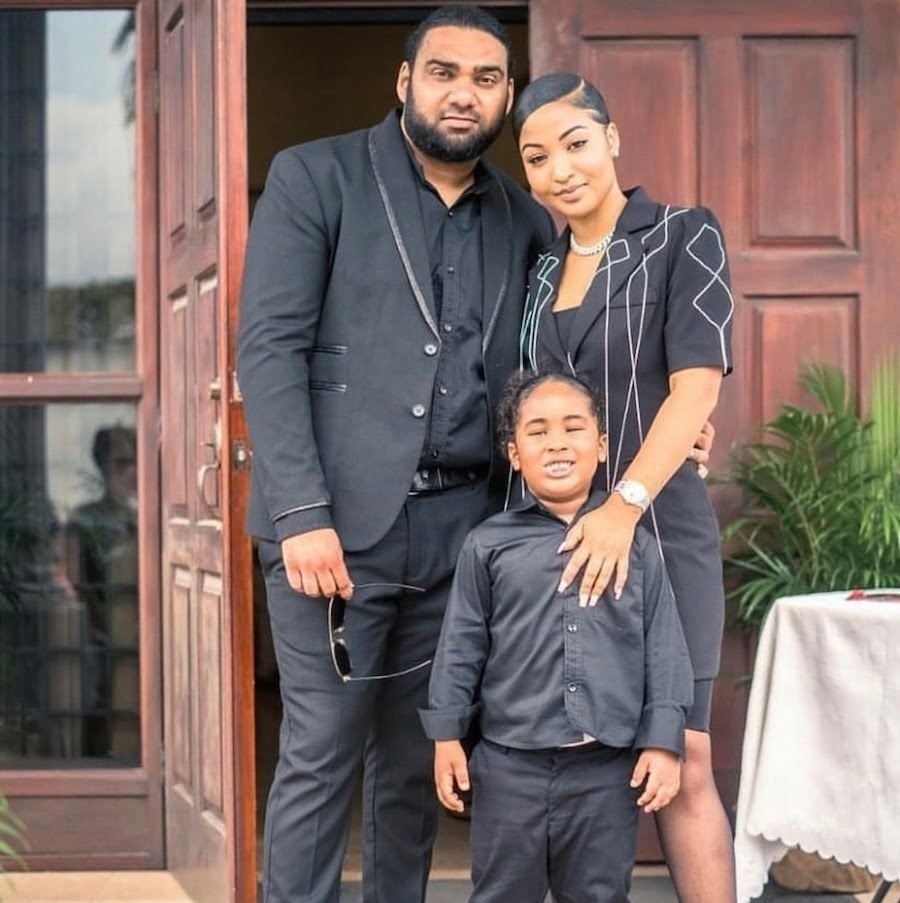 Rajeiro’s biological father is not known as Shenseea has kept her son’s life private from the public’s eye. However, it has been obvious that she is a single mother from the start of her musical career, and her manager Romeich has stepped in as a father figure to Raj, when he was around one year old.

In snaps, an excited Raj smiles as Romeich teased him as to when his birthday is. It’s been a few days that Shenseea’s team has been hyping Rajeiro. On Monday he said he wanted a Buggati car for his birthday, to much humour from his mother’s friends who said, “tell your mom she needs to work harder!”

In videos on his own account @rajeiro_lee, Rajeiro and Romeich is seen having a conversation where he says he wants a Lamborghini or a Bugatti for his birthday.

In another video, Shenseea can be seen with her hands over his eyes as she surprises him with a drum set for his birthday, which Raj seems very on point with.

Shenseea also posted some candid photos of herself and Rajeiro including pics when he was a toddler. “HAPPIEST of Birthdays to my BIGGEST and BEST BLESSING of all time! MY SON I love you more than anything and anyone else in this world my #SCORPIOn King I will forever be here for you!” she wrote. “You’ve changed me for the better, pushed me past my limit, gave me strength, patience, confidence, motivation and taught me how to really love…I remember when I gave birth I couldn’t sleep for the whole night because I was just up staring in AWE love u papa growing up so fast.”