Vybz Kartel is calling out the practice of dancehall artists buying streams.

We’ve all heard about it, we’ve even suspected it, and once again, Vybz Kartel is bashing it. The dancehall mogul is speaking out against artists buying views on social media. Taking to Instagram to address the matter, he expressed utter exasperation with what appears to be a pressing pet peeve of his. “Gwaan Buy views. & block my views,” the incarcerated deejay wrote on his Instagram story. “Unuh career still local. Gwan dweet… till we find out who a f**k wid it.”

While it’s unclear what exactly could have incited Vybz Kartel’s wrath, we know it’s not the first time the dancehall veteran is condemning the idea of funding inorganic interaction online. The deejay seems to have a growing concern with the ordeal, which some people still believe is a myth. There are, of course, completely legal ways to “buy views” with paid ads, but when the term is used in the dancehall community as seen here with Vybz Kartel, it often refers to an illegitimate way of manufacturing superior numbers. 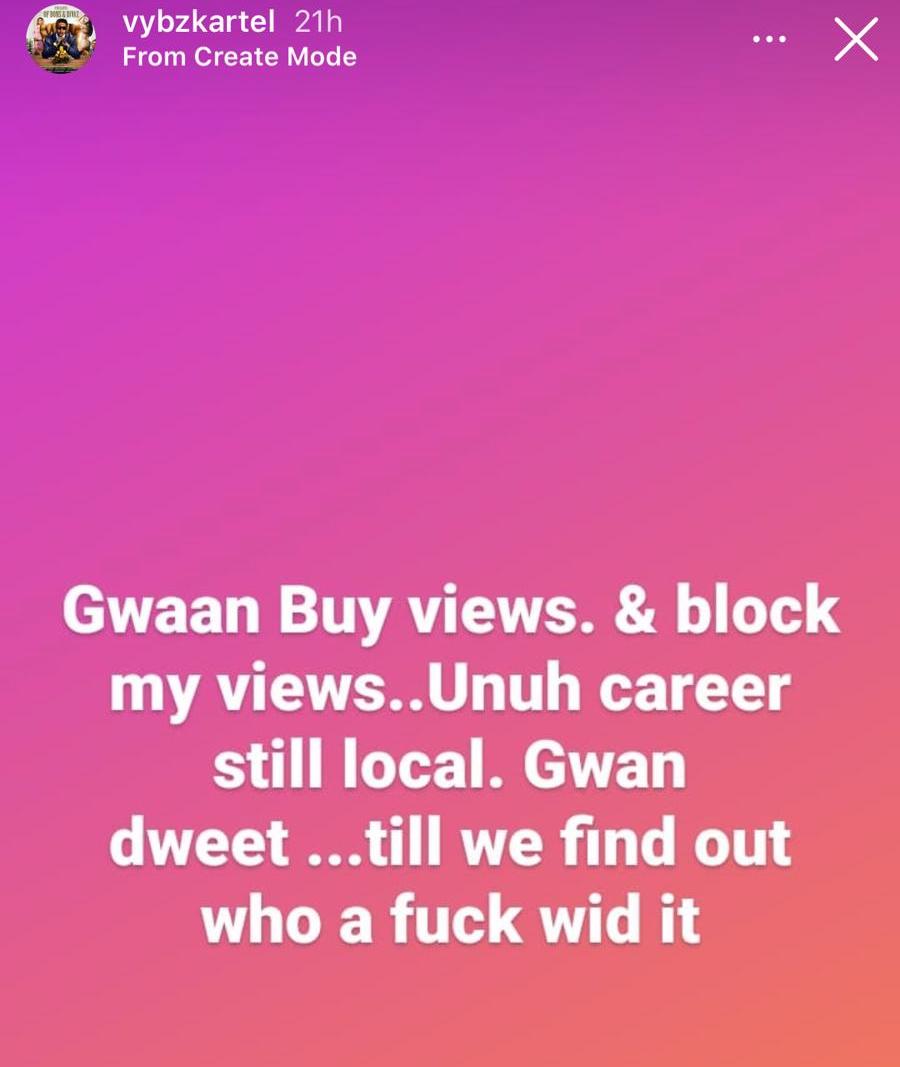 Earlier this year, Vybz Kartel raised similar alarms on social media, and it led to dancehall artist Intence taking the bait. While it was only suspected that he may have been the one the shoe fits, the deejay inferred his own guilt in the eyes of many when he seemingly addressed it with a slight towards the Worl’Boss.

This led Gaza artist Sikka Rhymes, who is also Vybz Kartel’s cousin, to get involved and issue a diss track in response. “Kartel questioned if some artistes were buying views on YouTube, and some man tek it up on dem head and style di Teacha bout some man mus guh a dem bed. So if a man nuh call him name, him muss guilty if him tek it up pan him head,” Sikka Rhymes said about Intence at the time.

Similarly to the last time he denounced the unethical practice, Vybz Kartel left no name in his post, leaving many to speculate if it’s a targeted subliminal. Some fans are wondering if a certain deejay is still wearing that questionable shoe but while that’s entirely conceivable, do you think Kartel may have actually found a new suspect?