Fans have been waiting patiently for Koffee and Buju to drop the visual for their new collaboration, and it’s finally here. Urban Islandz previously reported that the two dancehall greats shot the video in Jamaica around the same time that they dropped off the song last month. The song tackles social justice and human suffering happening this year around the world, and the visual chronicled the heartbreaking scenes perfectly, all while motivating us and giving hope that we will overcome.

“Sometimes when yuh feel it yuh cry doh / Hurt yuh heart enuh / But do, no mek it stress yuh / Cause it haffi be better / Nuh haffi live ina the ghetto / Fi be under the pressure, my friend, yeah,” Koffee sings over a beat produced by PrexyJ and Ryan Bailey.

The powerful cut showcased footages from all over the world, from Black Lives Matter protests to demonstrators dancing in the streets and chairs burning by the beach. In other scenes, Buju Banton and Koffee spit the lyrics while standing in an open field under towering coconut trees while flips of other folks, including Koffee’s mom, aka Koffee Maker, shared a laugh as they reflect on good times. 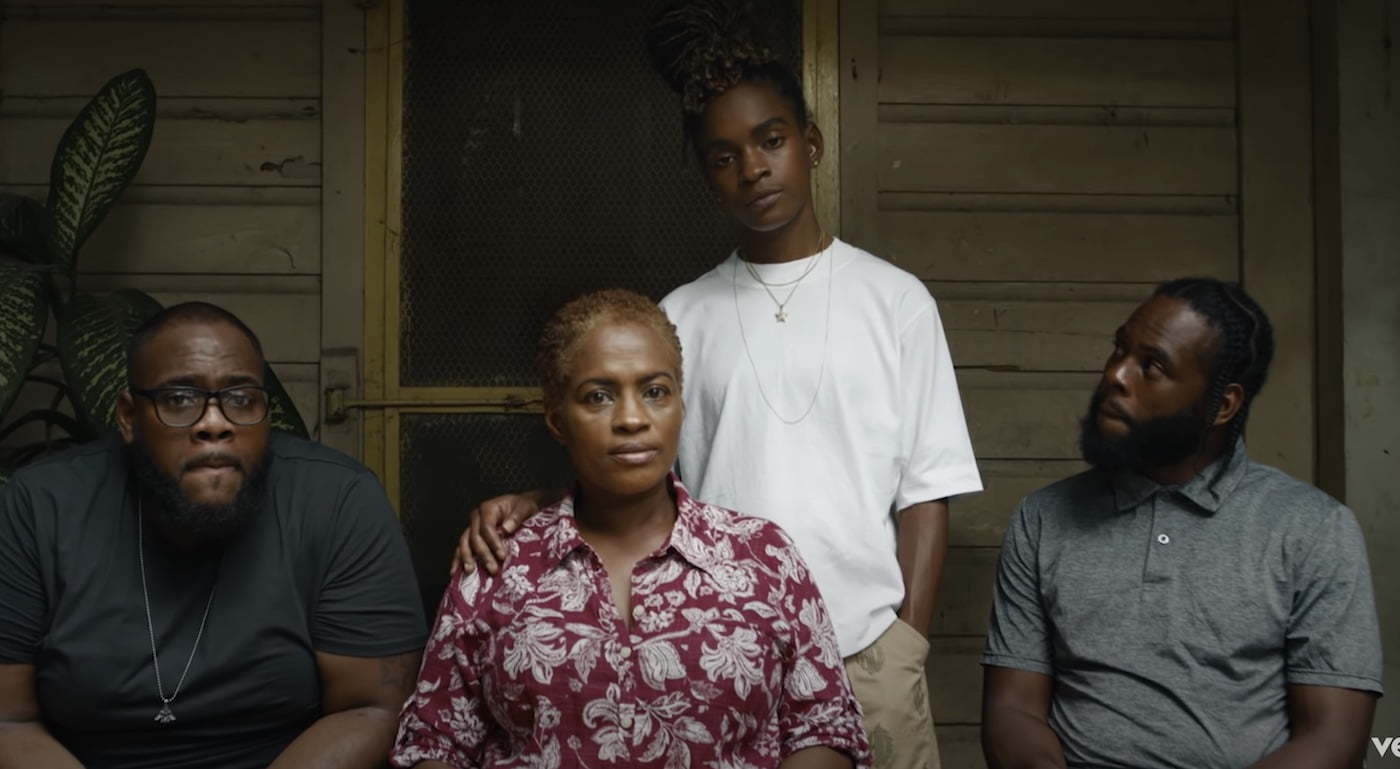 “Pressure (Remix)” will appear on Koffee’s upcoming sophomore album due sometime soon. The young reggae/dancehall hitmaker is currently working on the project, but so far, no release date or title has been revealed. Earlier this year, she became the younger Jamaican ever to win a Grammy for Best Reggae Album for her debut project, Rapture. She overcame competition from much more seasoned acts like Julian Marley, Third World, Sly & Robbie & the Roots Radics, and Steel Pulse, who were nominated in the same category.

Almost a decade after winning his first Grammy, Buju Banton is eyeing another win after dropping off his new album, Upside Down 2020. He recently made a passionate pitch for the project to be selected for consideration since it was released within the time slot for eligibility.

Both Koffee and Buju Banton are two of the most celebrated active acts in reggae/dancehall despite them being a generation apart in music.

Watch the music video for Koffee and Buju Banton’s “Pressure (Remix)” below.