Morgan Free speak on the reason why he lend his iconic voice to 21 Savage and Metro Boomin’s Savage Mode II.

The actor earned some praises from hip hop fans over the weekend for narrating the intro and some other key portions of the album. Speaking with GQ, Morgan Freeman says he saw the wisdom in the script and felt like he wanted to be a part of it. “I read the copy and was like, ‘Wow, there’s some wisdom in here,’” Freeman said. Upon reading the script, he simplified the monologues to their central themes and values. “I think this is the way I think. It’s basically saying don’t suffer fools and when you want something go for that,” he said, adding “If [Savage’s music] is a young people thing, then this is stuff they need to be aware of. So it’s a good thing to do.”

21 Savage also speak out on it “Snitches & Rats” is about Tekashi 6ix9ine. Savage Mode II came with a lot to unpack, from Drake’s revelation that SZA is his ex, to 21 Savage dissing Jeezy. However, fans thought they had it all figured out with the album’s ninth track “Snitches & Rats.” Basically, it was assumed that there was nothing to dissect and it was simply about 6ix9ine, whose reputation has preceded him tremendously this year. To our surprise, 21 Savage clarified that the song isn’t necessarily about 6ix9ine, unlike almost any hip-hop joint from 2020 that bears a similar title. 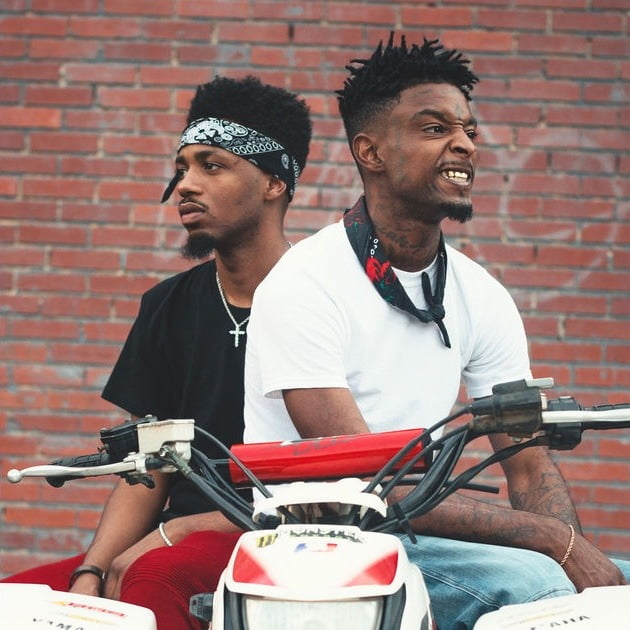 Taking to Instagram Live on Friday to set the record straight, the Atlanta rapper told fans that he wasn’t targeting 6ix9ine with the song. “I see y’all talking about this ‘Snitches & Rats’ song like a 6ix9ine diss song or some sh*t,” he said. “Man, 6ix9ine ain’t the only rat in America. He’s not the only snitch in the world, man. F**k wrong with y’all? Y’all need to listen to that sh*t though ’cause that sh*t’s facts. A rat is a f**king rat. Period.”

21 Savage was just as keen about denouncing rats in 2019 when he took to the same platform to address a caption T.I. had written about being one of the rap Kings of Atlanta. Savage responded to the claim with an impassioned rant claiming there is no king and asserted that some people were nothing but “f**kin rats and rodents.” So it’s fair to say he has long been passionate about the topic.

For the “Snitches & Rats (Interlude)” on Savage Mode II, 21 Savage enlists Academy Award-winning actor and narrator Morgan Freeman to deliver a monologue defining and contrasting the two labels while admonishing carriers of the traits. It seems like a far way to go to make a point, but again, 21 clearly loathes these types of traitors intensely.

Do you think rappers are still trying to get a piece of the sensationalism surrounding 6ix9ine’s federal informant career by talking about “snitches and rats” on their records?