Alkaline steps into the crowded arena of dancehall political dub with a key endorsement.

Stepping out strongly with her refashioned Alkaline hit, Jamaica’s Minister of Science, Energy and Technology showed why she’s been and hopes to remain their top candidate. Taking to Twitter in an upbeat mood, the Minister said, “I’ve been told that I have the formula for St. Andrew Eastern, so it’s only right that I enter the #dub clash with this…. Enjoy!” 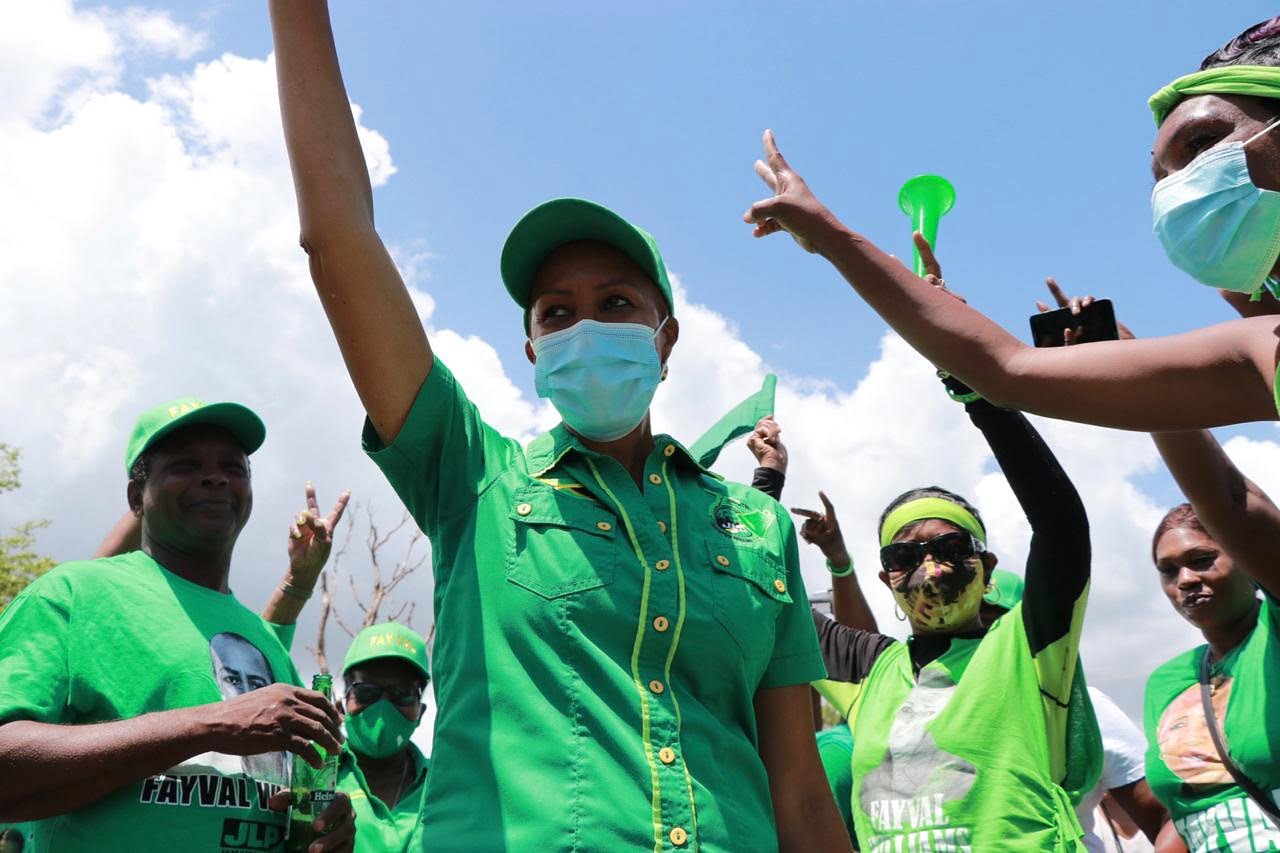 Ms. Williams now joins female MP’s Lisa Hanna, Olivia Babsy Grange, and Krystal Tomlinson in bolstering their chances of success at the polls with hit dubs. The remixed recordings have industry giants taking umbrage and choosing sides, however, as Protoje, Vybz Kartel, Queen Ifrica, and Bounty Killer openly condemned the trend. They’ve blasted their cronies for their betrayal of the decades old status quo where politicians chided and classed dancehall for years. For them, their fellow artists have essentially sold their souls to those who would otherwise overtly oppose their craft and livelihood. While the entertainment sector remains shuttered, swapping studio hours for a one-minute exclusive seems an increasingly valid means to stay top of mind to the masses.

The mixed reactions continue even for Minister Fayval Williams, whose ‘high props’ from the MVP hitmaker might just resonate amongst younger voters. While some responded to her dub tweet with “Formula boss” and “You have my index finger,” other reactions included, “Aunty Fay, wah yuh let dem draw yuh into” and “I hope unuh have some real plans fe uplift the quality of life for the people. Make a difference, think about the promise you made after you win.”

I’ve been told that I have the formula for St. Andrew Eastern, so it’s only right that I enter the #dub clash with this ….Enjoy!#FayvalAveDiFormula#SAE#TeamFayval#TeamFormula pic.twitter.com/mHXXcqk5lT