50 Cent’s son Marquise is opening up about how he felt when his celebrity dad disowned him in the media and claimed 6ix9ine as his son.

A lot has happened since 50 Cent disavowed his lookalike son Marquise for Tekashi 6ix9ine. During an interview in April 2018, the G-Unit rapper was asked if he had been in contact with the rainbow-haired rapper to which he responded, “he’s his mother’s child now.” Nevertheless, Fifty maintained that he’d take Tekashi 6ix9ine over his real son any day. “He better than Marquise though. I’ll take him before I take my actual [son],” said Fif. “F**k that ni**a.”

The TV mogul’s son addressed the comment during a recent interview on Instagram Live with BMG UpperClass. Marquise said 6ix9ine might indeed be his dad’s real son when you think about how similar the famed internet trolls are. “He claimed 6ix9ine as his son, bro,” said Marquise. “So maybe that’s his real son. They got the same characteristics, they know how to do the same sh*t so maybe.” 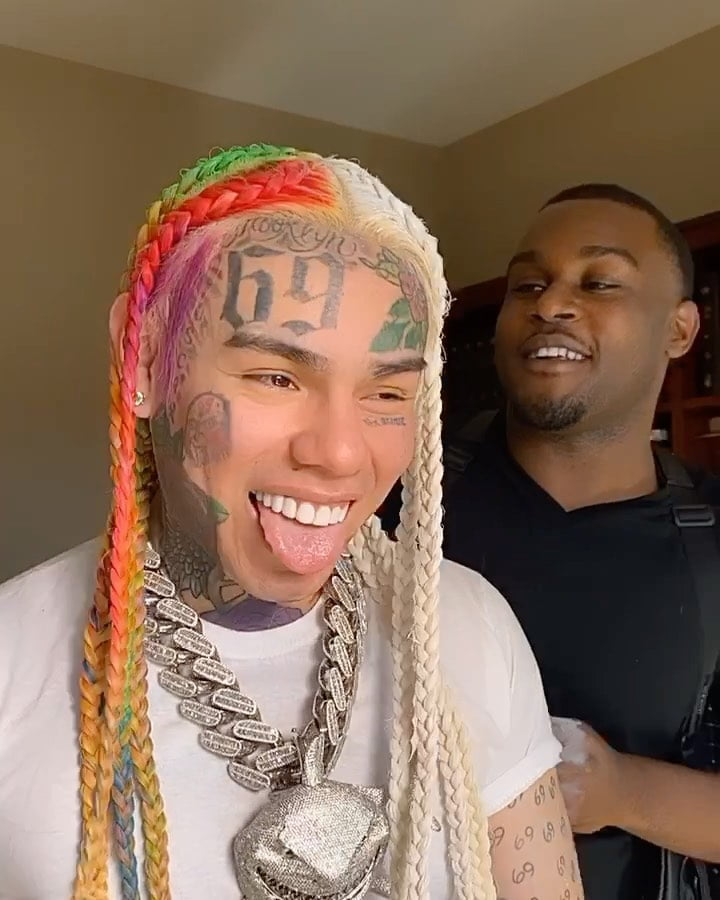 Marquise seemed to not take the whole thing to heart as he remained in good spirits throughout the discussion. Even when he seemed bitter, he made a joke out of it. His father has been disowning him for a very long time now, and according to him, many people think he had a gold spoon when it’s not even remotely close to his real upbringing with an absentee millionaire dad. “He got the DNA test. I’m not his son, bro. I’m not even related to him. He said that already,” Marquise said about his dad’s claims.

Ironically, it’s obvious that a part of the reason Marquise is comfortable cracking jokes about this is that there is no doubt he really is Fifty’s son. He is the spitting image of his father, which makes it even more interesting and laughable. Marquise feigned disappointment when he began to describe how his dad saying he would take 6ix9ine over him made him feel. “At first I wanted to be sad,” he said before bursting out laughing adding, “Nah, I ain’t wanna be sad. That sh*t was funny as f**k.”

It’s gotta be tough hearing your own father speak so ill of you to the world, but one thing Fifty’s son has got is tough skin. At the same time, he seems unaffected by the whole propaganda; he indirectly admitted that he did learn something from experience. Marquise assured on the Instagram Live session that he will be a better dad. “The day I have a kid, you’re gonna know that’s my kid,” he said.

Do you think this father/son duo will ever mend their relationship?