Kanye West is having quite a whirlwind weekend from taking shots at Joe Biden to apologizing to Kim Kardashian and even visiting a local hospital.

Looks like Kanye’s 2020 campaign is on again for despite the breakdowns, mishaps, controversy, and chaos clouding the process. If Kanye West is trying to ensure he’s the talk of the town before he becomes President of the Free World, he’s on the right path. His current claims are no less bold or shocking, as the rap mogul has now announced via Twitter that he can somehow beat presumptive Democratic presidential nominee, Joe Biden. In the last few days, he hinted that he might delay his aspirations and “focus on music now,” but he’s back on track it seems, declaring, “I CAN BEAT BIDEN OFF OF WRITE INS #2020VISION,” on his Twitter page this afternoon.

A write-in is a rare political occurrence where a candidate whose name does not appear on a ballot has their name written in by voters. Candidates have previously won in this way, although this raises eyebrows at Kanye West’s already shaky candidacy, which is still without several thousand signatures for state ballots or a confirmed running mate. Last week’s South Carolina campaign rally was a disaster that turned off quite a few fans, potential voters as well as his in-laws after disrespecting Harriet Tubman’s legacy, throwing a tantrum and airing out the family at the podium.

I CAN BEAT BIDEN OFF OF WRITE INS #2020VISION

He followed up that stunt with yet another Twitter tirade against the Kardashian-Jenner clan, branding Kris as “Kris-Jong-Un and a white supremacist, plus implicating Meek Mill in an affair with his wife, Kim Kardashian. The latter is now allegedly consulting with divorce lawyers while pleading for “compassion” for her husband’s public bipolar spells that are apparently driving them further and further apart. The mounting concern over his mental health includes celebrity support from friends like Dave Chapelle and Dame Dash, who’ve visited the rapper in recent days, but who were clearly unable to prevent him from acting up again. 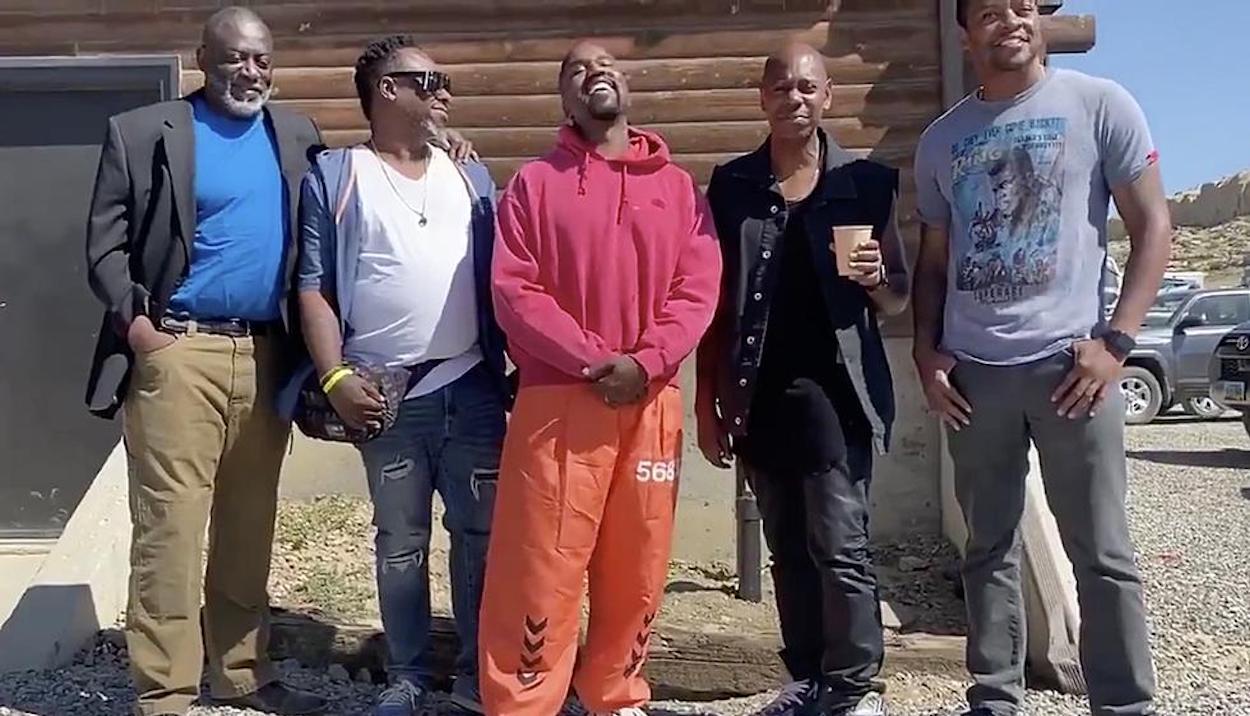 It’s worth noting that Yeezy, who has a history of late album releases, just missed yesterday’s deadline for “Donda: With Child,” and his latest tweet may be an indication of where his head is truly at. Having sent stocks plummeting when he threatened to “walk away” from his new Gap partnership if not named to their board, Ye’s presidential ambitions are the one project that hasn’t gone neglected and that he seems totally obsessed with despite the late hour or obvious setbacks.

Late Saturday evening, Kanye West surprisingly issued an apology to his wife Kim Kardashian-West and was later spotted entering a local hospital. “I would like to apologize to my wife Kim for going public with something that was a private matter,” Kanye wrote on Twitter. “I did not cover her like she has covered me. To Kim I want to say I know I hurt you. Please forgive me. Thank you for always being there for me.”

I would like to apologize to my wife Kim for going public with something that was a private matter.
I did not cover her like she has covered https://t.co/A2FwdMu0YU Kim I want to say I know I hurt you. Please forgive me. Thank you for always being there for me.

TMZ posted a clip of Ye entering the emergency room at a hospital in Cody late Saturday evening. He reportedly only spent 10 minutes inside before leaving. He head back to his ranch in Wyoming where an ambulance showed up, but its unclear if Kanye West ever went inside the emergency vehicle. Instead, he was spotted riding an ATV on the ranch.