Kanye West is making headlines for another bombshell Twitter rant in which he insinuated that his wife Kim Kardashian cheated and attempted to cheat with Drake and Meek Mill, respectively.

Ahead of the arrival of his tenth studio album, Kanye West seems to be having another episode, and it entails spilling major tea in his usual social media rant form. In his most recent tweet spree, Kanye mentioned that he’s wanted to leave his wife, Kim Kardashian West, for several years now. According to the rapper, he has been trying to divorce her since she had a hotel room business meeting with Philadelphia rapper Meek Mill.

“I been trying to get divorced since Kim met with Meek at the Warldolf for “‘prison reform,'” Kanye wrote. “Meek is my man and was respectful,” he continued. “That’s my dog. Kim was out of line.”

In some other posts that have since been deleted, Kanye left a lot of things scattered about his Twitter feed that’s open to interpretation. Perhaps the most interesting puzzle pieces came about when he namedropped Drake and close Kardashian family friend Larsa Pippen. Fans immediately started to speculate that Kim cheated with Drake around the time that Larsa and Future had their infamous fling years ago. 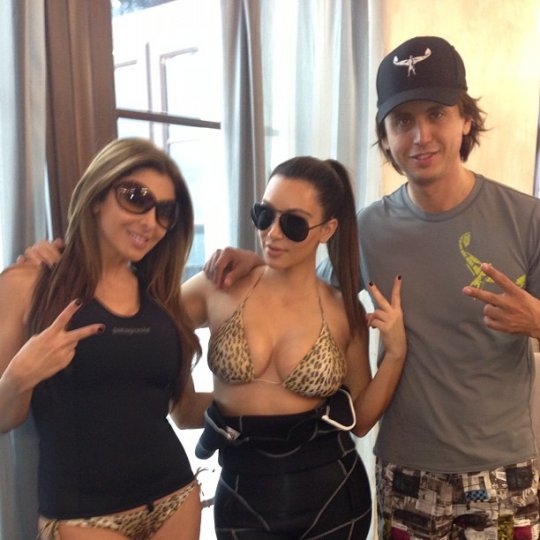 Some detective fans did a deep dive and surmised that Drake’s song “When to Say When” from his 2020 mixtape Dark Lane Demo Tapes was actually alluding to the very same affair, and it perhaps seems more so now with Kanye’s supposed validation. In the lyrics of the song, Drake talked about having someone’s woman at his fingertips that could be perceived as an act of revenge.

Kanye West called out Drake on family matters before in 2018, and the two have had a rift between them for years now. Rumors ran rampant that Drake and Kim had an affair around that time along with the other speculations about Kanye sharing knowledge of Drake’s son with Pusha T. Some fans still believe that Drake is alluding to the affair on “Sicko Mode” with Travis Scott.

“I still got scores to settle, man,” Drake raps. “I crept down the block / Made a right / Cut the lights, paid the price.” Though it might be a complete coincidence, those are the literal geographical directions from Drake’s house to the Kardashian Wests’ home in Hidden Hills. Also, the theory that “Kiki” from the rapper’s song “In My Feelings” is a reference to Kim Kardashian West is still going strong. The reality TV and beauty mogul actually goes by that nickname among her nieces and nephews.

While most of it is speculation, the Drake and Kim fling is not new to the rumor mill, and Kanye might very well just be ready to spill all the tea. “In Jesus name, no more cap,” Ye tweeted in between the posts with Drake and Larsa’s names. “Should I name more?” he added afterward.

#LarsaPippen breaks her silence after being mentioned in #KanyeWest’s recent Twitter rant. Apparently, Larsa is no longer following her friends the Kardashians and they don’t follow her either ?(SWIPE for tweets)

Meanwhile, the Kardashians unfollowed Larsa Pippen on social media about two weeks ago. Many believe that it’s because she allegedly had an affair with Khloe Kardashian’s baby’s father, Tristan Thompson, seeing as the whole clan unfollowed him as well. However, Kanye calling her out on Twitter only leaves fans wondering again.

It’s only a matter of time until the pieces of the puzzle start making more sense. Kanye’s new album, “Donda” is due this Friday.

Oop! Looks like #JordynWoods liked a tweet that mentioned #LarsaPippen and the alleged #TristanThompson situation? (SWIPE for previous posts)