Tory Lanez is getting roasted to a crisp on Twitter after his arrest records shows his height at 5’3″ and his weight at 120 pounds.

One minute the founder of Quarantine Radio was hanging out poolside with Megan Thee Stallion and Kylie Jenner — the next, the man has a charge sheet with his name on it. The two rappers had attended a house party in the Hollywood Hills, and police were called to the scene in the early hours of the morning following reports of an argument ensuing in a vehicle and gunshots being fired. When authorities located the car, they found Tory, Megan, and another woman inside. A search discovered a firearm, and that led to Tory Lanez being taken into custody, where he was charged with carrying a concealed weapon in a vehicle. Megan Thee Stallion was taken to a hospital for lacerations on her leg.

The “Broke In A Minute” rapper was let out on bail of $35,000, but his arrest report has gone viral. While being cuffed by the cops is enough reason to have the public throwing around your name, Tory Lanez is also dealing with the fact that the world now knows his exact height and weight measurements. 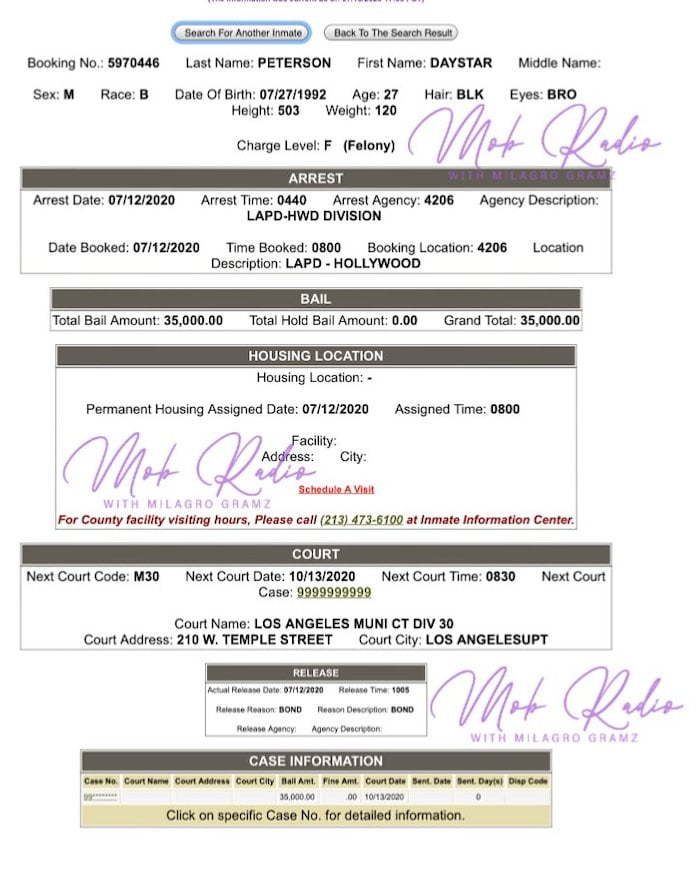 It turns out that that big personality actually inhabits a fairly small body as the Canadian is only 5”3 and weighs 120 pounds. Twitter couldn’t get over the stats, with one user compared him to the size of an average 6th grader, joking that he should get a time out instead of jail time; another remarked that “women out here dating prepubescent young men”; and one wrote, “Tory Lanez 5’3 give him back the gun he need it.”

Tory Lanez has been laying low since getting out of the cells, but Megan has spent time in hospital after cutting her foot. It is believed that shards of glass that were in the car from a broken window caused lacerations on the “Savage” rapper’s foot. She received treatment at an LA hospital and was discharged after being patched up.

Since Tory Lanez is trending never forget when he stood up and was the same height ? pic.twitter.com/BAZMZQqVDw

Megan the Stallion is listed as 5’10 and Tory Lanez is listed as 5’3 so looking at this pic somebody is lying about their height cause the height difference should be way bigger than what I see here pic.twitter.com/bP9V0V0iWm

Tory Lanez when he see y’all making fun of his height. pic.twitter.com/ENNUV2nc2C

If Tory Lanez been handling Meg despite the weight and height then he gets all my respect ok?!

Tory Lanez was arrested on gun charges but everyone clowning his height ?? pic.twitter.com/PH1Fu26Dk4