Drake is back to dropping major hints about his new album. Will he be releasing his song “Greece” next?

It was recently reported that Drake has grand plans for the roll-out of his sixth studio album. According to DJ Akademiks, who says he has a plug, Drizzy will be premiering several performance videos on YouTube in a series campaign geared towards promoting the new album. The rapper has now amped up the promotion with his latest clue.

Do you remember weeks ago when Drake teased some new music on his Instagram Live, including a song where he talked about flying a girl out to Greece and spoke a little French? Well, that track received rave reviews, and it looks like it might be the rapper’s next single. Drake took to his Instagram story to share a photo of a refrigerator magnet of an owl with the word “Greece” attached to its talons. He also gave fans a sneak peek of his midnight virtual session with OVO 40, sharing a photo of his Pro Tools session while on a Zoom call. “Digital age @ovo40,” he captioned the story. 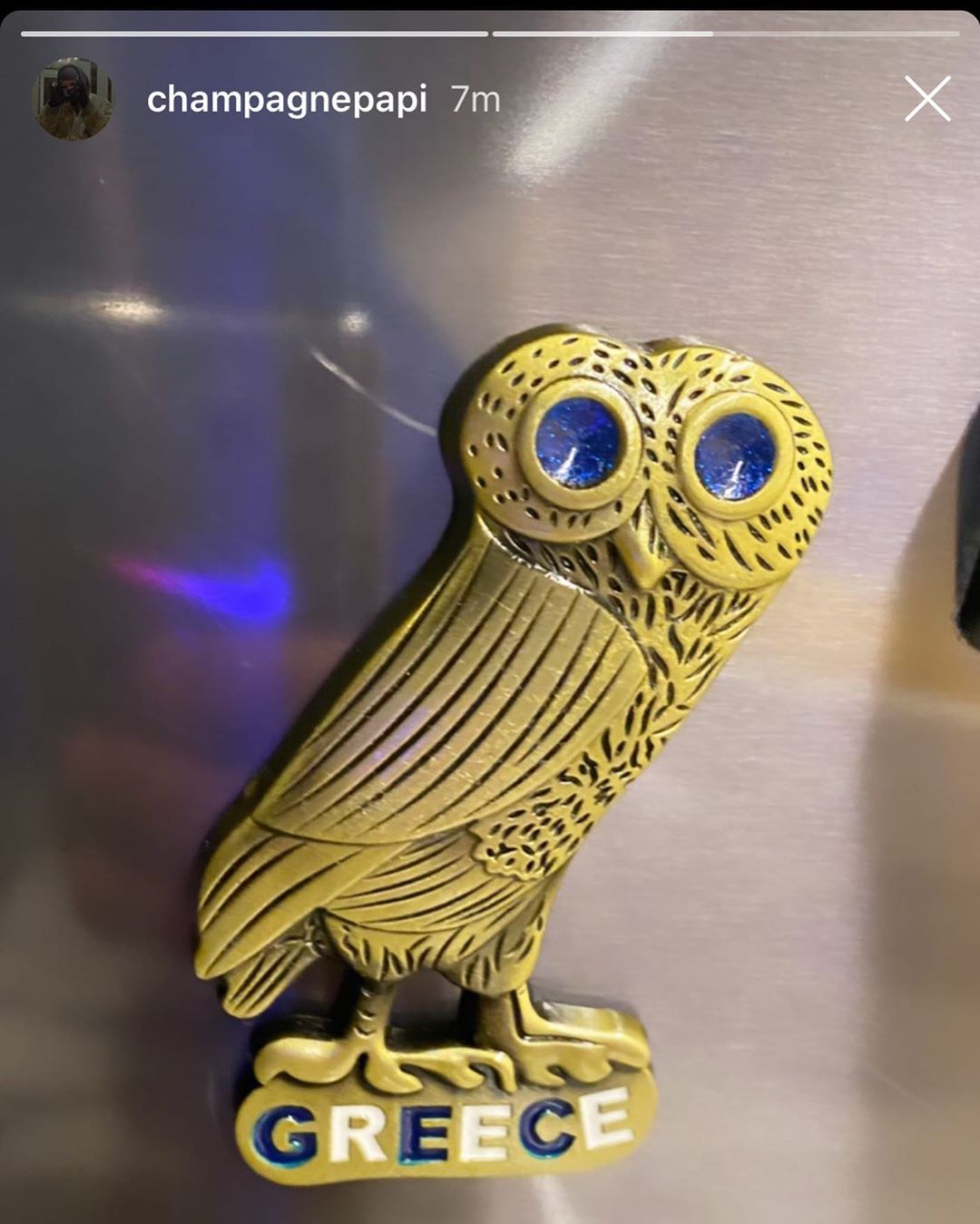 Drake’s highly anticipated follow-up to 2018’s Scorpion has been a topic of discussion for more than a year now. It is expected to be the record that really heats up this summer. While Drizzy won’t actually be flying anyone to Greece in light of the COVID-19 pandemic still affecting the globe, one can still hope.

With his new album roll-out plans in the works, Drake is set to extend his record for most entries on the Billboard Hot 100 chart and take the Billboard record for most Top 10 hits in history. He is currently tied with Madonna for 38 songs. Do you think “Greece” will be his 39th Top 10 entry on the chart?

#Drake working on his album while practicing social distancing…. y’all ready??? ?? [? by @shotbyjuliann]