Tekashi 6ix9ine proved he’s undefeated in trolling on his Thursday night IG Live. Future is the latest artist to be roasted as his parenting, friendships, and hitmaking abilities were called out by the recently freed rapper. 6ix9ine has been on a roll all week long taking shots at Blueface, Meek Mill, YK Osiris and now Future as the anticipation surged for the release of his new Nicki Minaj collaboration, “Trollz“.

The song and video, which garnered 3 million views in 45 minutes, reaffirmed his status in hip hop for those who thought he was essentially canceled after his snitching, incarceration, and hiatus from the music scene. Tekashi held nothing back on his IG Live, getting several things off his chest before being joined by Nicki Minaj for a breakdown of the realities of street cred vs. the rules of hip hop culture. 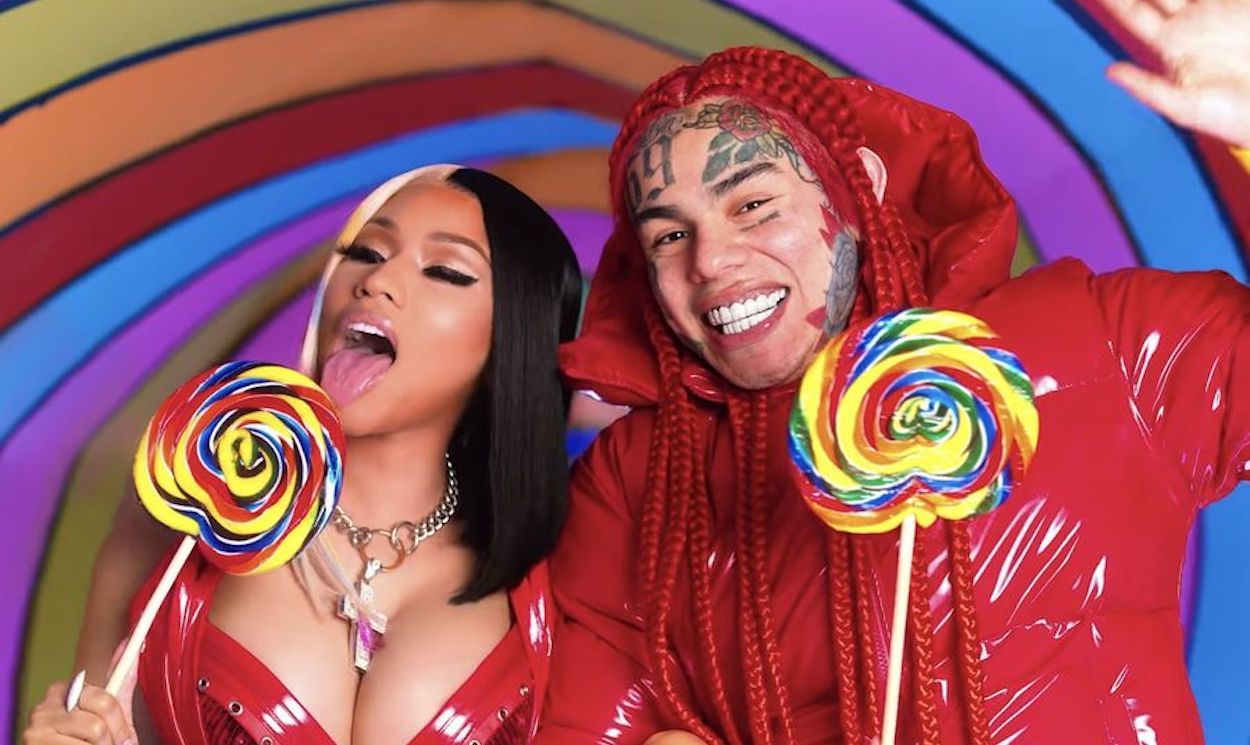 “Who’s next on the list,” he’s heard asking on his Live before going in on Hendrix’s many children and never-ending baby mama drama. “Future, you don’t take care of your kids, right. You can’t compare me to you because I can’t have no communication with my…baby mother, who was having sexual relations with my codefendants. I’ ma stay away til I move house arrest, something you don’t know about, you rap about all these drugs but never got arrested for a drug offense. It’s facts!”

But Tekashi didn’t stop there, following with his views on the topic he was most keen on throughout the Live, snitching.

Tekashi 6ix9ine has become infamous as the ‘snitch rapper’ after cutting a deal and cooperating with the feds in a case against his former affiliates, the Nine Trey gang. Future recently posted on social media that “If you hang with a snitch, u a snitch and deserve to die,” and Tekashi had a lot to say on that too. “Everybody wanna say [I’m a] rat, rat, rat, you hang around Meek, you hang around these ni**as, what does that make you? Is there levels to snitching? he asked, highlighting his belief that there’s much hypocrisy on that issue in the industry.

The rap troll also played up his record-breaking releases adding that he’s never needed Drake for any of his successes or to “have a career again”. “Listen, I’m half your age. If you mad because I chart, listen. I don’t need Drake so I can have a platinum single. I don’t need Drake. You and Meek Mill need Drake for every song y’all do so y’all can chart.”

The buzz created by Tekashi’s week of all-out ranting attracted an incredible amount of attention and anticipation, giving both himself and Nicki Minaj another massive win. This is his second single since being released after “Gooba” broke YouTube records and is still clocking some serious numbers. We’ll see if there’s anyone else left on 6ix9ine’s list soon enough; “I’m never going to shy away from the truth” he’s said, “let’s talk facts.”