Tekashi 6ix9ine brags about getting richer after ratting out his former gang members in his new video, “Gooba.”

Tekashi 6ix9ine made good on his promise to release new music today, and at 3 PM EST, the rapper released his new song and an accompanied music video, “Gooba.” The song arrived around some controversies with Meek Mill trashing the New York rapper on Twitter for being a rat and then trying to ease his way back into his rap career. Perhaps all that controversy stirred up by Meek Mill is only benefiting 69’s bottom line since the video is quickly approaching 5 million views in a matter of two hours.

The colorful music video features a lot of females shaking their ample backsides, but it’s the content of the song that is getting the most attention. The lines could also be a shot at his enemies like Meek Mill. 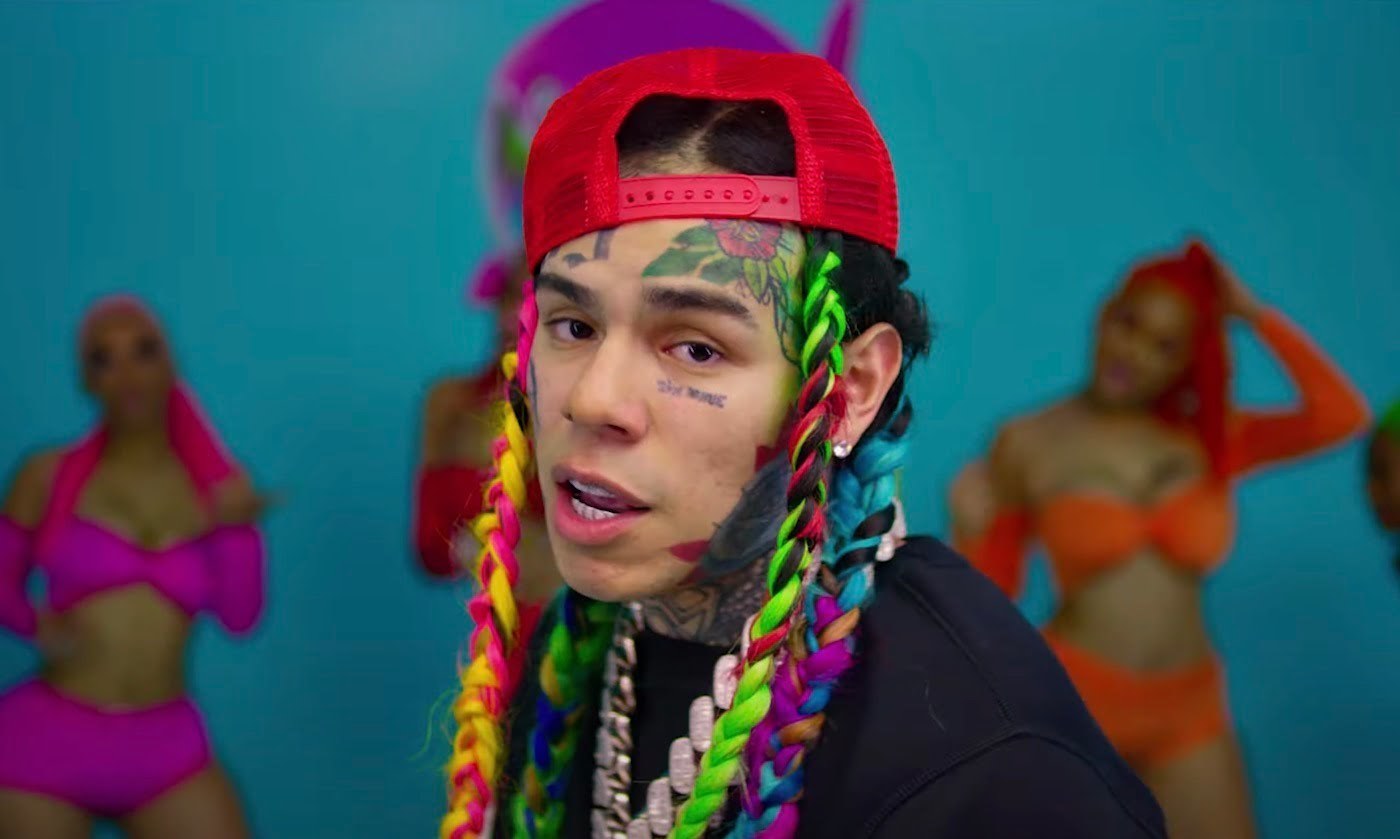 Tekashi 6ix9ine started trending on Twitter earlier today after Meek started tweeting about him with tens of thousands of tweets referencing his name. All that extra attention and free press on the day he released new music is only benefiting him. Regardless if you’re a critic or a supporter, a lot of people are tuning in just because they want to hear what he has to say.

6ix9ine has a whole team behind him after signing a record deal believe to be worth $10 million. As for his Instagram Live, over 2 million people tuned in, which is a new record.

Meek Mill has since responded to some of what Tekashi 6ix9ine said. “I got wayyyyyyyyyyyy more money too don’t even bring that up … I don’t do the internet numbers we do the bank!” Meek tweeted.

I got wayyyyyyyyyyyy more money too don’t even bring that up … I don’t do the internet numbers we do the bank!