There is no doubting the paternity of Omarion’s son.

Megaa Omari is Omarion’s firstborn with his former partner, Apryl Jones. Fans followed Apryl’s pregnancy on Love & Hip-Hop: Hollywood and Megaa was soon joined by a little sister, A’mei. Omarion and Apryl have since ended their relationship, but the “Post To Be” singer is still extremely present in his children’s lives.

While spending time with his offspring, Omarion recorded a bit of the fun and shared the clip on social media. Fans could not get over the likeness, remarking how much the 5-year-old boy resembles his father, and one even claiming how they had thought the video was actually of Omarion when he was young. According to reports, Omarion currently has custody of his children. This is despite Apryl claiming that the former B2K member had abandoned his family shortly after she gave birth to their daughter. 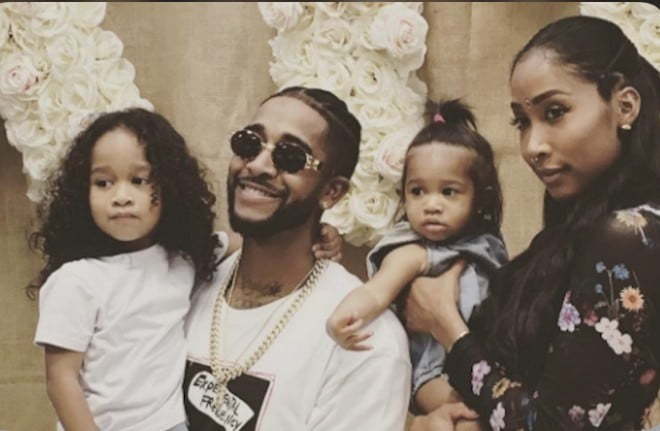 “He decided to leave without explanation and I was forced to have to pick up the pieces of my life,” she told L.A. Voyage, as well as claiming that Omarion decided that he no longer wanted his family. The former couple seems to have worked past the damming allegations, however, as they came together for Megaa’s very first haircut, which made the kid look even more like his papa. His mama to shed a couple years at how quickly her boy is growing up.

Megaa and A’mei recently joined their dad on a hiking trip that he took with his brother O’Ryan, and his niece Namiko, whose mother is “Happiness Over Everything” singer Jhené Aiko. Omarion has also been teaching his children the art of meditation through breathing techniques, in order to achieve inner peace, and also to be one with nature and take care of the planet.