Dancehall and reggae music has historically had a culture prone to riveting musical rifts and both friendly and unfriendly competitions. Long before the Gully and Gaza factions carved out their presence on the genre, there was another feud that kept fans on their toes, excite the masses and pushed dancehall to its limits.

Though Vybz Kartel and Mavado’s longstanding feud played a prominent role in the genre’s development and its popularity in the 2000s, the ’90s era of reggae and dancehall music would not have been the same without a little musical tension between Vybz Kartel and Mavado’s mentor Bounty Killer and his former rival Beenie Man. The two artists created a culture in dancehall music that would not only put the genre on the map but bring it to new heights and incite a ripple effect among other artistes and in different genres like hip hop.

Bounty and Beenie’s beef dates back to the early 1990s when the two budding dancehall artists were all anyone could talk about. As only barely adults in their early 20s, the promising young deejays appeared at Stone Love Anniversary party and ended up in a face-off that only amped up the tension and anticipation to see the two perform at the most highly anticipated event of the year a few weeks later. Sting was revered as the place to showcase your talent and see who really has what it takes to compete in a live on-stage battle. After a year of releasing music, throwing shade and being talked about in the media, dancehall artists would take the stage for a musical clash going head to head battle style with their rival. 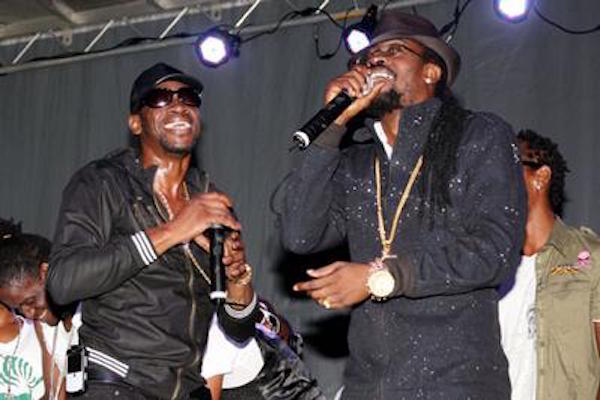 The 1993 Sting clash between Beenie Man and Bounty Killer is, to this day, one of the biggest, most iconic moments in the history of dancehall. Arguably, none of their future clashes could compare to their appearance at this earmarked dancehall event. Back then, when artists were engaged in a lyrical feud, they would record music on the same beats so whether the songs were being played in the dancehall session or being performed live, they could work smoothly back to back. The entertainment value of that is largely understated today, but Sting ’93 was the epitome of true “riddim” culture.

Beenie Man was considered the veteran over Bounty Killer at the time, but that doesn’t mean he was the victor in everyone’s eyes. The two men rang out hit after hit like “Kill or Be Killed,” “Warlord,” “Gun Funger,” “Gun Thirsty” and more on that stage and Beenie Man’s famous laugh and Bounty Killer’s “People Dead!” catchphrase were signature gems of the event.

Though after the show, both artists maintained their professionalism and talked about the rivalry being only in the music, their feud was ongoing for several years later, taking up the entire 90s decade and part of the 2000s.

“I enjoyed it a lot. It’s just a little style, you know you have to deejay against one another to get a little hype. It was nice,” Bounty Killer said in 1993. Beenie Man said he didn’t expect Bounty to appear during his act since show organizers told him there would be no clash. “We nuh prepare enuh,” said Beenie. “Mi nuh expect nobody cause dem seh no clash ting nah go gwaan. But when him run on mi affi jus gi him it all cah we cya too draw back pon nutten.”

At a time when Beenie Man and Bounty Killer were at each other’s throats, it became an important moment to watch them join hands on stage again two years later in 1995 at the request of the political parties in Jamaica. Their reconciliation was a necessary part of the process considering the divided path that the dancehall community was headed in. “Well, this is the love and the peace,” Beenie said as he joined hands with the War Lord. “Bounty Killer, Beenie Man together… is like two brothers,” Beenie said. “We need a big round of applause for this,” Bounty added.

It seems the dancehall artists stayed true to their commitment to quell their quarrel, something Bounty had no qualms about as he had no idea what was to come in the 2000s. While the feud was dormant for a while, it was still volatile, and the competition between the two never ended even though they took a hiatus from dissing each other in their songs. They went off to be more focused on other aspects of the music for a while, and Beenie Man and Bounty Killer managed to gain international stardom throughout the tenure of their illustrious careers. Beenie Man won a Grammy in 2001, and Bounty Killer did it one year later in 2002. For a while, the competition was healthy. 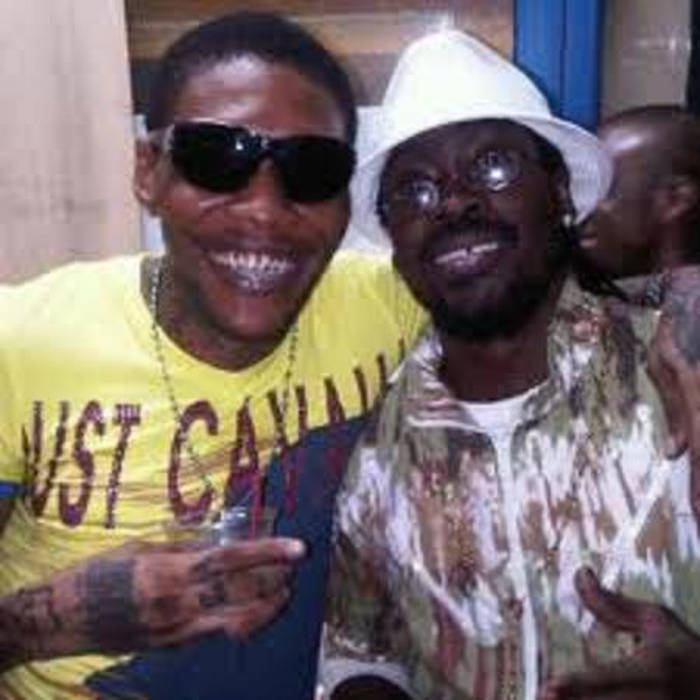 The rift between them seemed to had settled down after their ’95 Sting performance together, however, several years later, they found a new reason to beef. Bounty Killer’s former girlfriend and dancehall artiste D’Angel became the proxy that divided the two artists once again when she ended up getting into a relationship with Beenie Man and even marrying him in August 2006. To say this was one of the biggest events in the dancehall community at the time is a gross understatement.

Beenie Man and D’Angel’s marriage days were plagued with rumors, speculations, and controversies. The “Girl Dem Sugar” artiste seemingly stealing his rival’s girl was the talk of the town and understandably, Bounty Killer was not too thrilled. To make matters worst, Bounty’s protege Vybz Kartel also left the Alliance in what was a bitter falling out. Not only was Kartel taking shots at Bounty Killer musically, but he also joined forces with Beenie Man and even appeared at the Doc’s wedding with D’Angel.

At the turn of the new decade, it was announced that Beenie Man and D’Angel were heading for divorce amidst rumors of infidelity. Bounty Killer provoked their divorce news with added speculation that D’Angel only liked what Beenie could do for her – the fairytale wedding and someone to control – but she only ever really loved the War Lord. The reignited feud spawned hits like Bounty’s “Bulletproof Skin” and Beenie’s “Bulletproof Vest.” Thankfully time heals all wounds, and the two eventually reconciled despite their love triangle.

Currently, Beenie Man and Bounty Killer are two of the most iconic names that will always arise in discussions about dancehall and reggae culture. If it weren’t for Bounty, especially, a lot of today’s big acts would never have gotten their big break. Vybz Kartel, Mavado, Busy Signal, Wayne Marshall, and the list goes on. Now that Beenie and Bounty are amicable, often showing respect to each other in interviews and on social media, and have even been heard calling each other their best friends, their history is even more relevant now as we witness what they have become, exemplary figures in dancehall that stood the test of time.

From rivals to idols, the two legends are still having their best day, not just in dancehall music but also on the international scene. Beenie Man, the self-proclaimed “King of the Dancehall” and Bounty Killer, the War Lord have now been appointed another esteemed task to further solidify their status as legends in the industry. They will go head to head in a Verzuz battle this memorial day weekend. “Verzuz,” which was started on Instagram Live by American super producers Timbaland and Swizz Beatz has had rapid success since its inception in March.

With the stay-at-home order being the main driver for the event, it has drawn audiences of up to 4 million viewers. Tonight’s event is already being called the clash of the icons and is the first Jamaican battle on the show. Other guests who have gone head-to-head already include Teddy Riley and Babyface, Erykah Badu and Jill Scott, and more. Bounty Killer and Beenie Man getting listed among these other legends in the line-up goes to show just how legendary they are themselves.

“We just want to show love to creatives all over the world. Jamaica has played such a big part in creating original music,” Swizz stated when he first made mention of a battle between Beenie Man and Bounty Killer about a week ago. The producer also spoke to the Jamaica Observer earlier this week about wanting perhaps the most anticipated Verzuz battle yet to be as authentic as possible.

“This is for Jamaica and, indeed, the wider Caribbean. We want the world to see how powerful Jamaica is when it comes to music and culture. This is not a Yankee thing at all,” he explained. “So, when the guys told me they wanted a clash with mics in the true sense of a Jamaican dancehall clash, then we said definitely go with it.”