Kehlani disclosed that Drake helped her come up with her album name.

Do you ever wonder how an artist came up with the name of a song or a project? Well, sometimes it just comes out of a real conversation almost as if it was the natural order. Tons of comedians have admitted to coming up with their material after actually saying it in “real life.” R&B singer Kehlani dropped off her sophomore album It Was Good Until It Wasn’t and she admitted in a new radio interview that Drake actually told her to call it that.

During the making of the album with top producer Boi-1da, one of Drake’s favorite, Kehlani was in Canada on her last day in Drake’s city when she decided to come through for a visit to the famous mansion. While talking to Drake about life and just having an honest conversation about what the album was, the singer said she described it in a way that illuminated the light bulb in Drake’s head.

“I was just like, ‘Man, yeah, it was good until it wasn’t,'” she said in an interview on R&B Radio by Apple Music. “And he was like, ‘Say that sh*t again.’” she continued. Kehlani said it first but she didn’t even know what she had come up with until Drake gave her the keys.

“He was like, ‘That’s your album,'” she continues. “And I was like, ‘You might be f*cking right,’ because that just summed up everything when I try to have this really long-winded explanation to you about the project…So shout out to that guy for catching that one, ’cause that would’ve been just something that I said.” 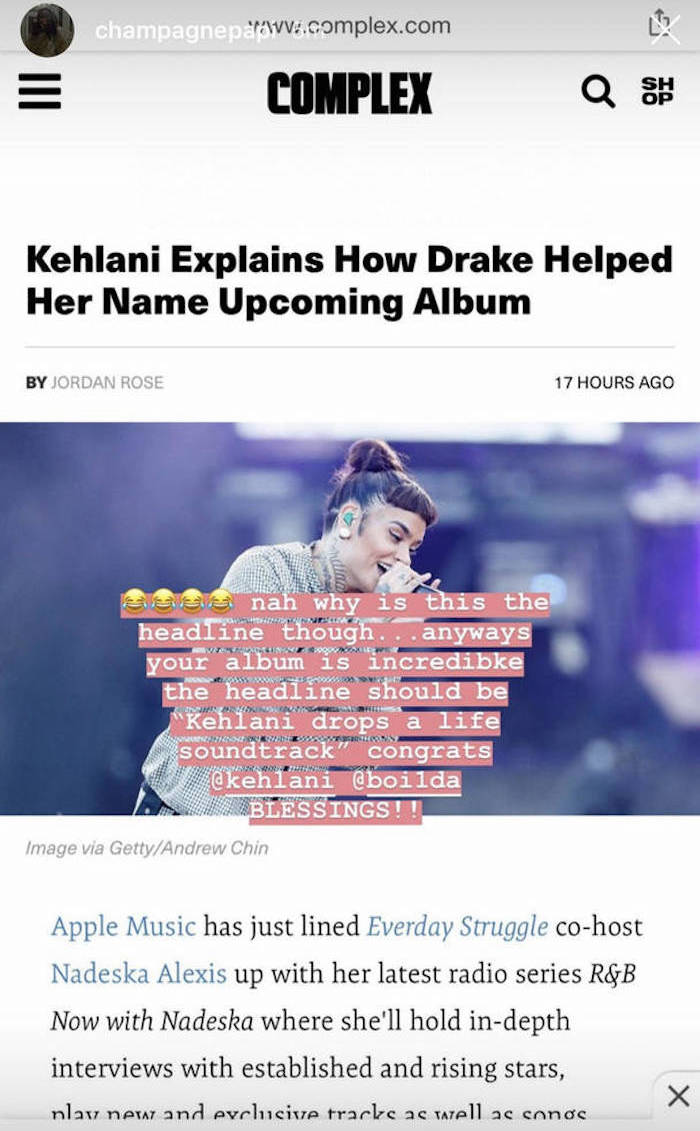 Drake has had to name albums for a very long time and the superstar rapper never misses with his projects. With this new insight about how he helped Kehlani come up with “It Was Good Until It Wasn’t” does it make you wonder about his own creative process?

Kehlani’s new album features a host of great artists like Jhené Aiko, Tory Lanez and more. The 15-track album is available on all platforms on Friday (May 8). Look out for Kehlani’s interview on the premiere of Apple Music’s new R&B Radio on Friday morning.