Tekashi 6ix9ine is ready to snitch on Tory Lanez.

If you thought that Tekashi 6ix9ine was done with social media trolling, then think again. The so-called industry rat is back to his old antics on the Gram where he is slowly but surely coming out of the woodwork. Considering that it’s hardly over a week since his release from prison, 69 is already making his presence felt on IG, and perhaps he is looking to ride some of Tory Lanez’s wave. If you take a close look at the image posted below, you will see 69’s official IG page dropping comments on Tory’s Live feed.

In the middle of him having a moment with his fans, Tory Lanez quickly caught wind of Tekashi 6ix9ine’s comment. “Lemme play this new sh*t or ima snitch on u,” 69 wrote. “You not even from America u from Canada.” 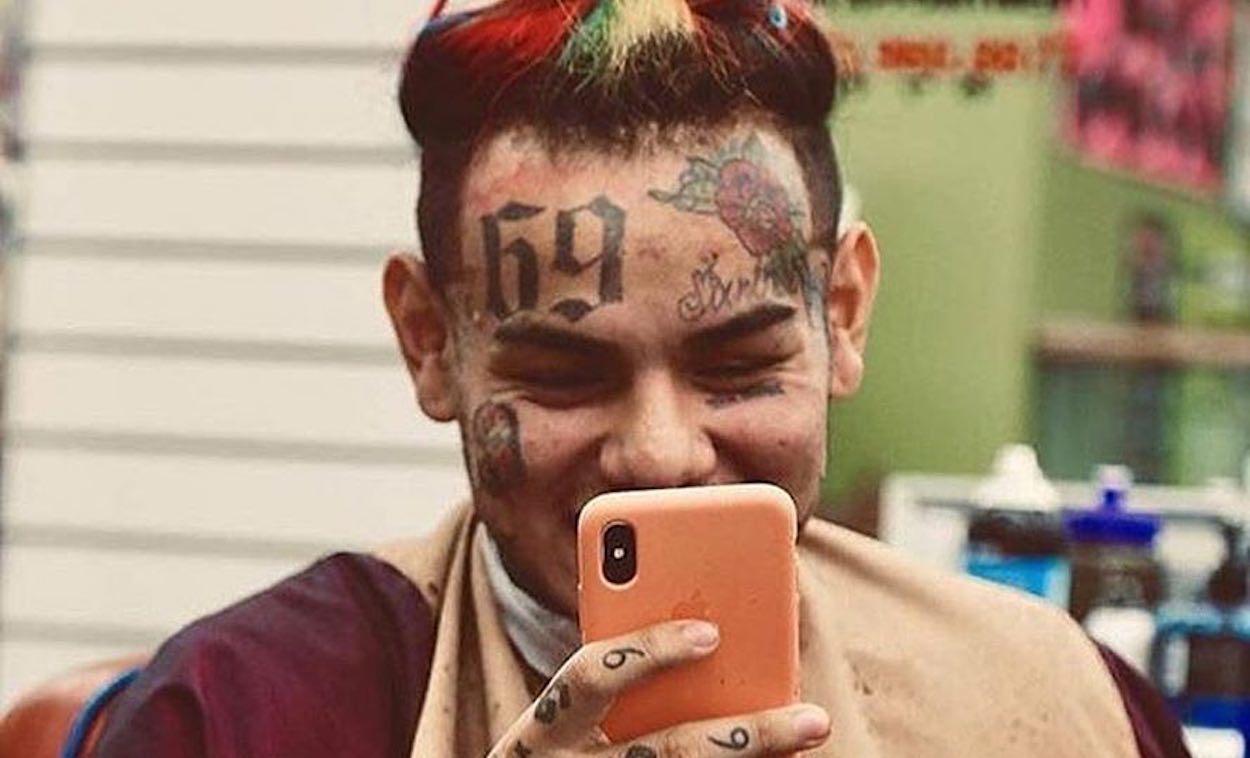 Tory then proceeded to gas 6ix9ine to go live, but he didn’t take the bait. Needless to say that millions of folks on Instagram are waiting patiently for the rainbow-haired rapper to make his first appearance on Instagram Live. So far, he has been unwilling to go there and instead opted to leave random comments on the Gram.

Both Tory Lanez and Tekashi 6ix9ine have amassed a sizeable following on the social media network over the past few weeks. Since his release from prison, 6ix9ine gained over 1 million new followers even though he has yet to make his first post or even the first piece of content on his Story. On the other hand, Tory Lanez gained over 2.2 million new followers since kicking off his hugely popular Quarantine Radio series. He capitalized on the momentum by dropping a new album, The New Toronto 3.

Perhaps 6ix9ine should take queue and release some new music while he got the attention of his fans who are mostly quarantined due to COVID-19. When this social distancing stuff is over, those fan’s attention will likely be elsewhere.

Lemme play new music or I’ll snitch on you #6ix9ine to #torylanez #quarantineradio ??