Tekashi 6ix9ine goes right back to trolling on Instagram.

Since his unexpected release from prison last week, Tekashi 6ix9ine has been surprisingly quiet on social media, considering that the judge did not bar him from hopping onto the Gram. There is also that high anticipation of his first post, his first video, and his first interaction, which may have come in the form of a comment left on a post over the weekend. Now 69 has updated his Instagram bio, where it appears that he is trolling himself by asking a question with a straight face.

“Why everybody callin me a snitch? I’m missin something…?” the rainbow-haired rapper asked. His new AVI is also a picture of him sitting on a rat trap with cheese in his hand. 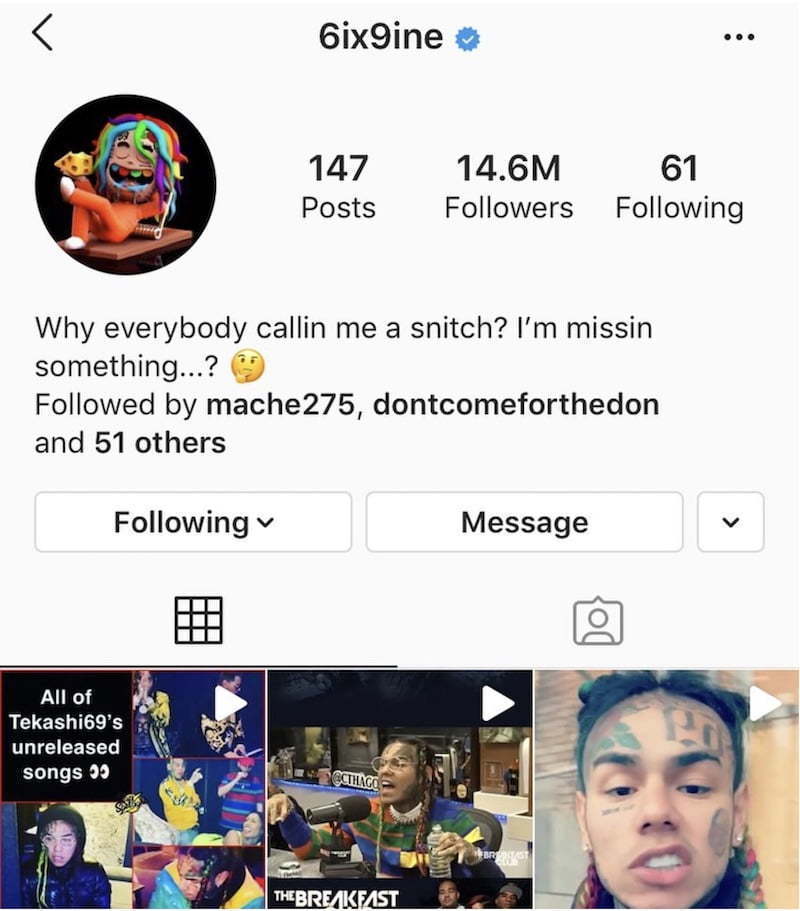 It’s no secret that Tekashi 6ix9ine snitching last year was next level type of telling on everyone inside and outside his former crew, Nine Trey Bloods. His snitching game was so powerful that he took down the entire gang and had a few celebrities lawyering up just in case the Feds came after them next. Both Cardi B and Jim Jones were outed by 69 as members of the bloods gang. Trippie Redd was also fingered as a gangbanger.

If you look closer at the above image, you will notice that Tekashi 6ix9ine’s AVI is an animated photo of himself with cheese in his hand. Perhaps it’s safe to say that 69 the king of trolling is back. Perhaps he is the prince since 50 Cent currently has a firm grip on the crown when it comes to trolling on the Gram. Speaking of 50 Cent, today the New York rap legend turn TV mogul said that he would take 6ix9ine over his own biological son, Marques Jackson. That means that as bad a person 69 is, his son is even worst. 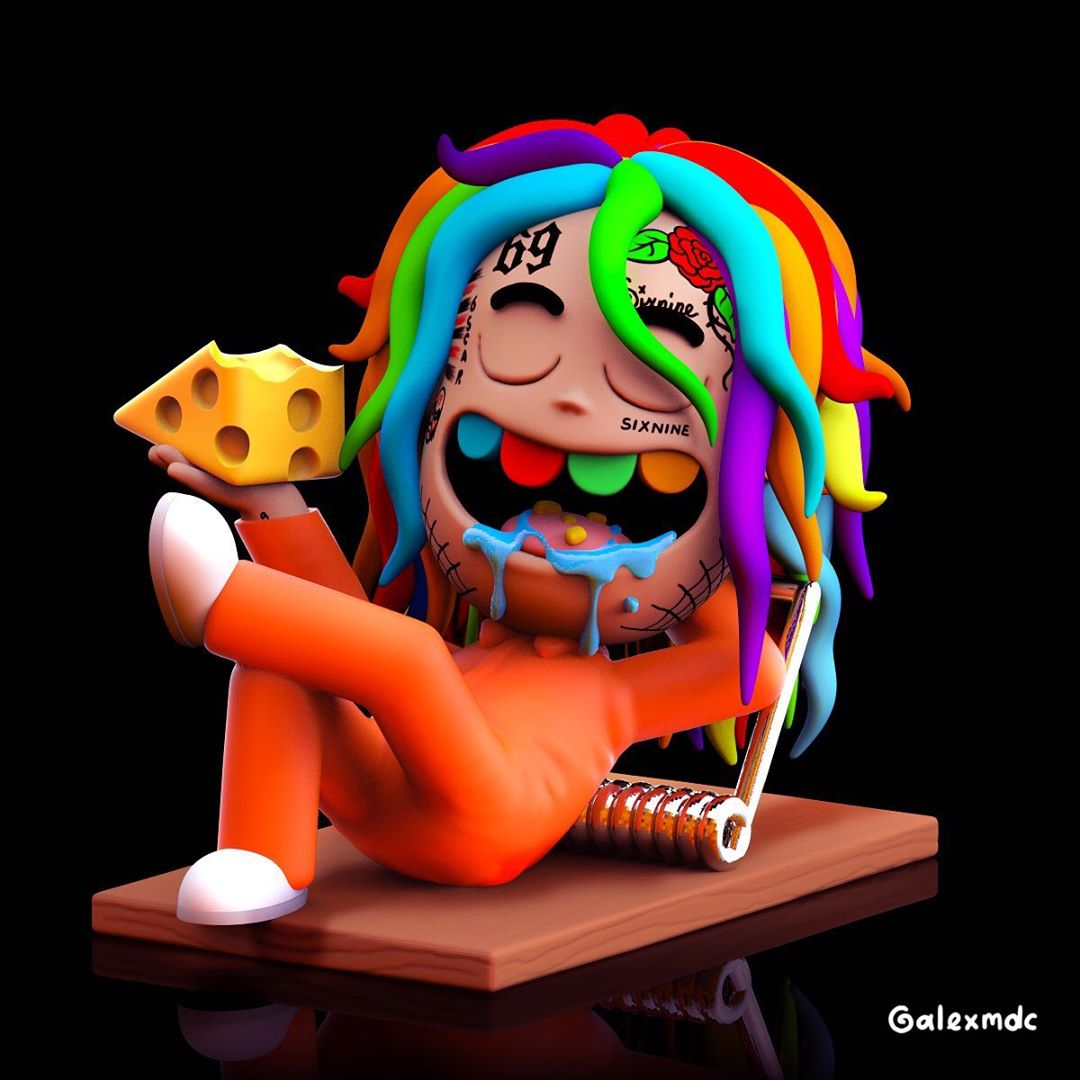 Tekashi 6ix9ine is slowly making his way back online, and fans are anticipating his grand return because he has already gained over 1 million new followers since his release from prison.