NBA YoungBoy light up a big spliff on a plane while Yaya Mayweather lint his pants off and that didn’t sit well with the pilot.

The recent coronavirus clampdown and self-quarantine should not come as anything new to NBA Youngboy since the rapper spent a majority of 2019 stashed away in his house. It was the end of 2019 that saw a change of faith for the Baton Rouge, with a judge ending his house arrest, essentially granting him his wings. With almost a year spent at home, you can’t knock the rapper for wanting to fly whenever he can, and might I add in style.

The rapper has literally been on a high for the last couple of years. NBA YoungBoy dropped 2 albums, Steady and Still Flexin, Still Steppin, all within the first 3 months of this year. The rapper has also been spending time on the road, performing and headlining sold-out shows all across the country. 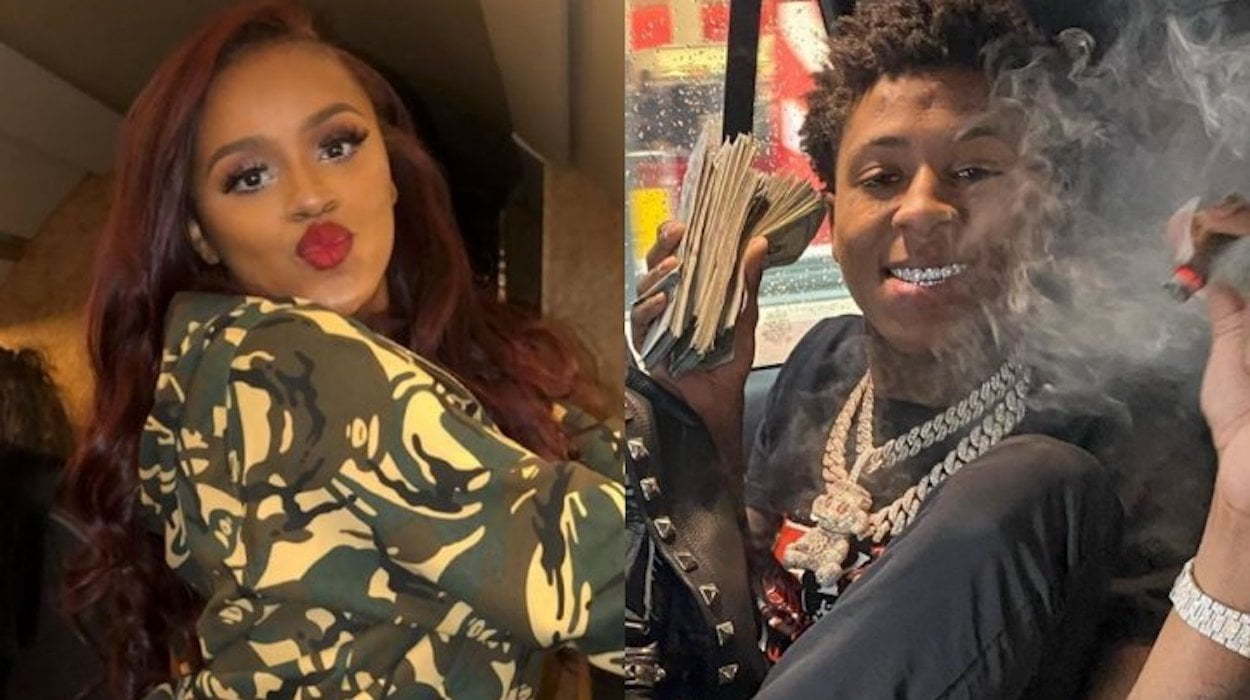 One of the easiest ways to get from state to state is by air, and it definitely makes sense to not deal with the hustle and bustle of commercial flight if you are a well sought after entertainer. Let’s face it, flying private has its perks with some companies even offering drinks and a meal, which makes sense for the hefty fee that clients are required to pay. Sadly, smoking is one convenience that is still not acceptable for most airlines.

The rapper was reminded of this recently when he boarded a private flight with his on-again-off-again girlfriend, Iyanna Mayweather. Youngboy was puffing on a Cuban cigar while Iyanna seemed to be using a lint roller to clean him up. Not long after, the pilot’s voice is heard telling the rapper that smoking is not allowed. He kindly asks the rapper to put out the flame from the cigarette to which Youngboy agrees. The “Bandit” singer does not jump to action right away and instead takes another draw from the cigar before stepping outside the scope of the camera that was streaming to his IG Live feed.

Pilot starts tripping when #nbayoungboy sparks one on the private jet. ???? ??

We are unsure of the two’s exact destination, however, let’s hope they remain safe no matter where they end up.

By the way, what NBA Youngboy track have you been bumping since the lockdown?