Yaya Mayweather has the internet talking about her relationship with NBA YoungBoy yet again after her recent appearance at a public event. Money Yaya started the new year with a viral post that insinuates that she is very much off the market. First, Floyd Mayweather’s daughter posted what appears to be a candid photo of her self after she emerged from a black SUV. Yaya was shot wearing a black hooded T-shirt dress and knee high boots with red lipstick and dark shades as she clutched her shiny lizard skin Birkin bag.

The next photo was a bombshell that no one was ready for. Yaya is seated in the arena with her phone at her ear. In the caption, she wrote, “Zoom in! When you call your fiancé for any small inconvenience,” Yaya said. Upon further investigation, it was discovered that the 19-year-old was wearing a massive diamond rock on the ring finger of her right hand. This had many people chiming in on her unstable relationship with rapper NBA YoungBoy. 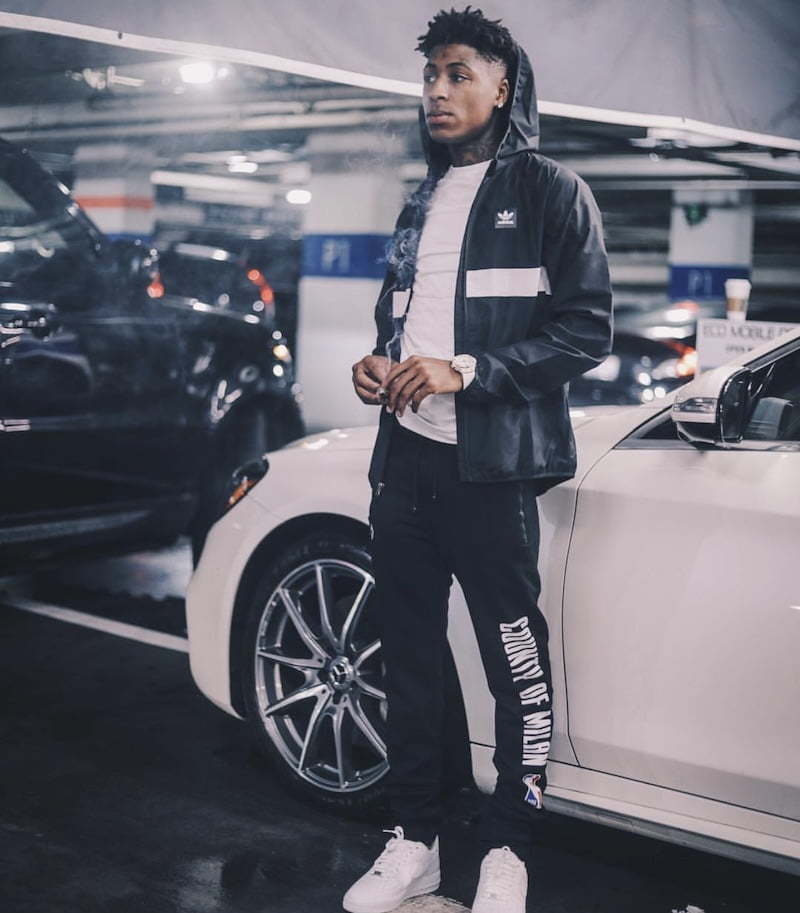 Recently, Youngboy Never Broke Again seemingly confirmed that he proudly has a daughter on the way with his ex-girlfriend. The rapper said this was a goal for him and left fans a bit perplexed after him and Yaya’s public exchange of “I love you’s” on Instagram. Money Yaya has also been having a great time with the diss track Youngboy released for her in December called “Dirty Iyanna.” She was seen in a video dancing to the song in the car with her mom, and she has even quoted the lyric in the caption for one of her recent posts. So we knew these two were back on, but are they really planning to get married?

While NBA Youngboy is yet to address the claims, some fans have been congratulating Yaya in the comment section. Others were not convinced because of her rocky relationship with Youngboy and the fact that she wasn’t wearing the ring on her left hand. There is a very good chance that Yaya is just fueling rumors here to keep us talking, but we will know soon enough.

Zoom in! When you call your fiancé for any small inconvenience ?