Drake and Atlanta-raised artist 21 Savage collaborated on the 2016 track, “Sneakin’”, and it seems 21 made quite an impression on the Six God. So much so, that the “When They Say When” rapper fashioned his doorbell out of 21 born Shéyaa Bin Abraham-Joseph’s head. Drizzy showed off the ringer to fans on his Instagram Story and they could clearly admire the bronze sculpture that is a fairly accurate replica, all the way down to 21 Savage’s twists.

As an explanation for the custom-made ringer — which just seems like hard stanning to us — Drake captioned the pic, “My doorbell ringer is too hard… house number 21.” 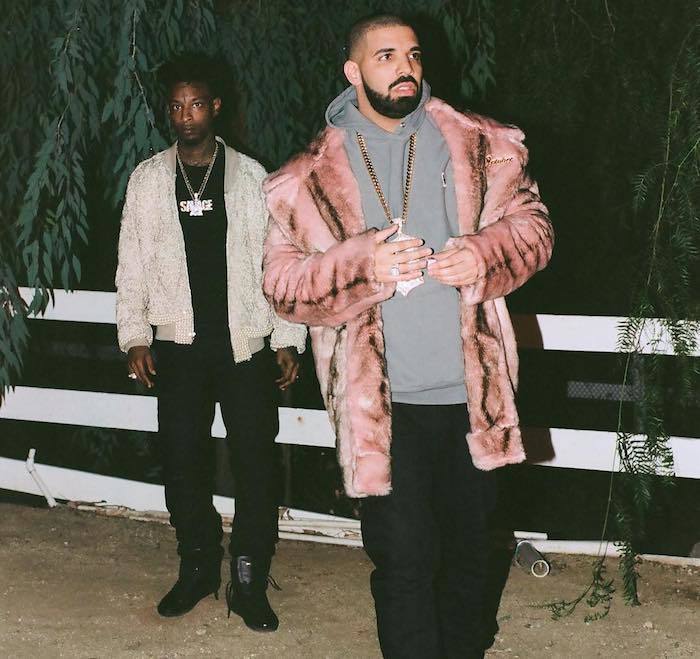 Drake has been showing fans around his Toronto home a lot lately as he has been in self-isolation. The quarantine came after he spent time with Kevin Durant who was diagnosed with Coronavirus just days later. Following guidelines from the World Health Organization, Drizzy went into self-lockdown at his crib so as not to potentially spread the deadly disease. He received good news on Friday, however, as his test for COVID-19 came back negative.

The 33-year-old broke the news to his father, Dennis Graham, on Instagram Live, confirming that it is not a pleasant experience. “Yeah, I had to do a test, but it came back negative,” Drake told his dad. “That test is uncomfortable, though. They put that Q-tip all the way inside your thoughts and s***.”

Despite Drake getting the all-clear for the virus, he, like the rest of the world, has been encouraged to practice social distancing at present. That means that fans could soon receive a grand tour of the Toronto mansion nicknamed The Embassy.

For most, it’s the closest they’ll ever get to Drizzy’s pad, but if the opportunity ever does arise, they’ll know which doorbell ringer to use!