Congratulations are in order for Govana, who has announced that he welcomed his second child into the world last fall.

Dancehall artiste Govana is still high off the success of his latest album Humans and Monsters Are Not the Same. However, while he is celebrating great wins in his music career, he is also celebrating some huge wins in his personal life. The “Baked Bean” deejay managed to keep the fact that he had a second child away from the media until now. Govana, who already has a 7-year-old on Raheef Nelson, says he welcomed his daughter, Rahiri, six months ago, and he could not feel more blessed.

The dancehall deejay took to Instagram to share a photo of him and his daughter dressed in full white at what we can only assume was after her christening ceremony. In the caption, Govana wrote, “I SHALL AND I WILL … THE DYNASTY WILL BE CEMENTED …6 MONTHS AGUH JAH BLESSED ME AGAIN ..#RJ IS A BIG BRO NOW… #RAHIRI.” 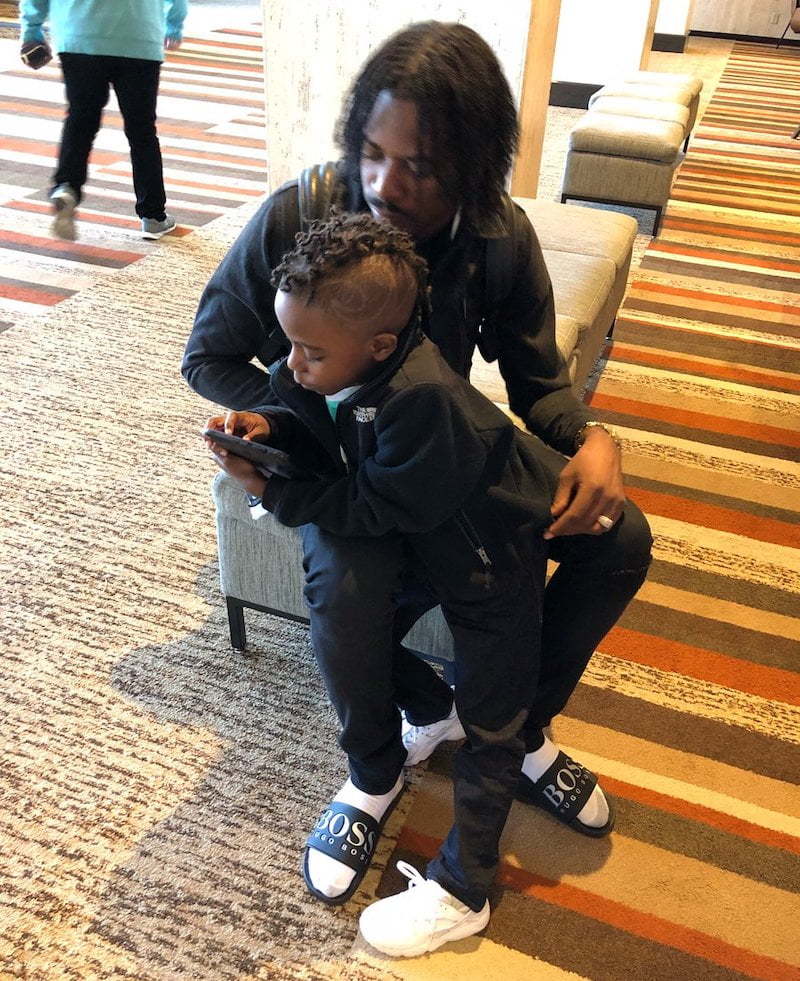 Govana has mentioned in the past how fatherhood has changed him for the better after he had his first child. During an interview with the Jamaica STAR a couple years ago, he explained what was different for him now that he was a father. “Being a father change my entire being, how I spend and how I live. He is my responsibility. Before him, mi was a bwoy, but when mi turn a father, it turn me inna a man,” he said.

The deejay also talked about his own dad being a great figure in his life and playing his father role really well when it came to taking care of his kids. “Mi father is a great dad. He is no sperm donor, and him go out there go work to make sure say all a him children dem good,” he told the STAR. “…although him never live with me, him play him part really good. Me love mi father,” Govana said.

Clearly, the “Champ” deejay does not plan to drop the ball and is following his father’s footsteps to be the best dad he can be. As he said, the “dynasty will be cemented,” so his family is obviously very important to him and his legacy. Congratulations on your baby girl Govana.

I SHALL AND I WILL … THE DYNASTY WILL BE CEMENTED …6 MONTHS AGUH JAH BLESSED ME AGAIN ..#RJ IS A BIG BRO NOW… #RAHIRI