Fetty Wap is having some new baby mama drama

It sounds like Fetty Wap’s ex and Future’s alleged baby mama should make friends as both have accused the men of being deadbeat dads. Future’s saga with Eliza Seraphin seems never-ending as she maintains that she is mother to the “Life Is Good” rapper’s 7th child and has approached the courts to try and prove this.

Fetty is not that far behind with seven kids of his own, only two of whom have the same mother, Lezhae Zeona. She and Fetty Wap had their first child, Eliza “ZaZa” Zaviera, in 2015, and even then, she accused the “Trap Queen” rapper of being a deadbeat dad to their little girl. “Now I’m really puttin in work to make sure my daughter don’t ever end up like Alexis or yaya that s*** is just sad,” she wrote on Twitter in July 2016. “And I’m puttin in overtime to make sure she don’t ever meet a n**** like her father.” 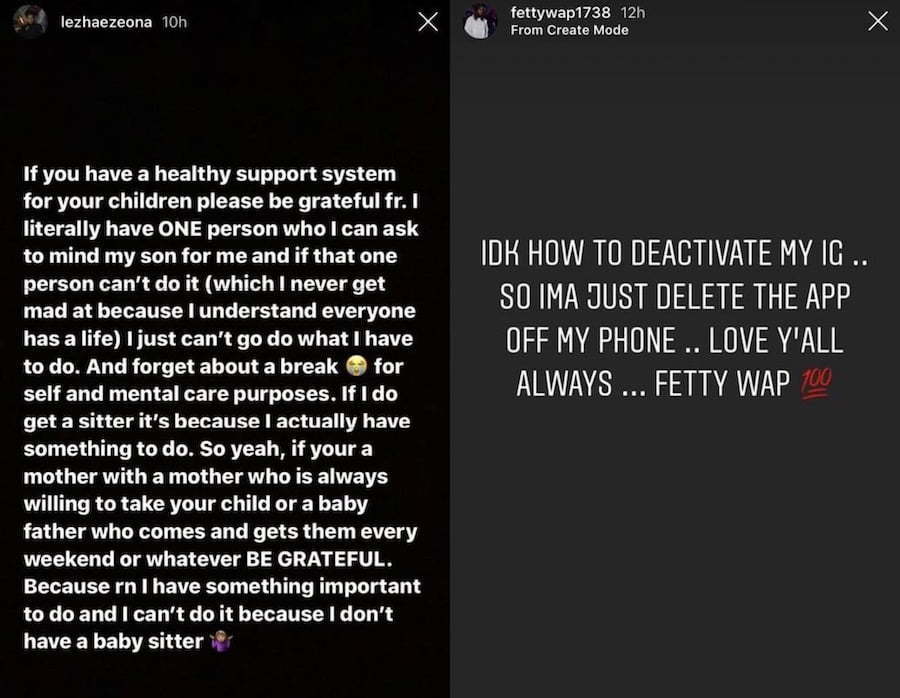 Despite her protests, Zeona and Fetty reunited, and she gave birth to their son, Zy, in 2018. But, her attitude towards her baby daddy has not changed and she still believes that he is a bad father on whom their two children cannot rely. Her post may not have called out the “Love & Hip Hop” star director by name, but it gave little room for doubt as to whom Zeona was speaking about.

Fetty Wap responded to her claims by letting his fans know that he will just delete the Instagram app from his phone.