Dwyane Wade’s 12-year-old transgender daughter Zaya seems to be a topic that every celebrity is weighing in on these days. Though 50 Cent previously vowed to go into this year on a more positive note and less negative trolling vibes, it looks like he has suspended the new practice to facilitate his latest quip.

The rapper took to Instagram to share a meme photo that featured an animated D-Wade and R. Kelly. The chat bubbles in the image reveal that Kelly said to the professional basketballer, “Heard you had a daughter now” while seated together at NY Fashion week. Wade responded, “U touch her I’ll kill ya” for the punch line. The post rubbed a few people the wrong way, with some strongly suggesting that the rapper removes it. In the caption, Fifty wrote, “LOL NOW THIS SOME FUNNY SH*T.” 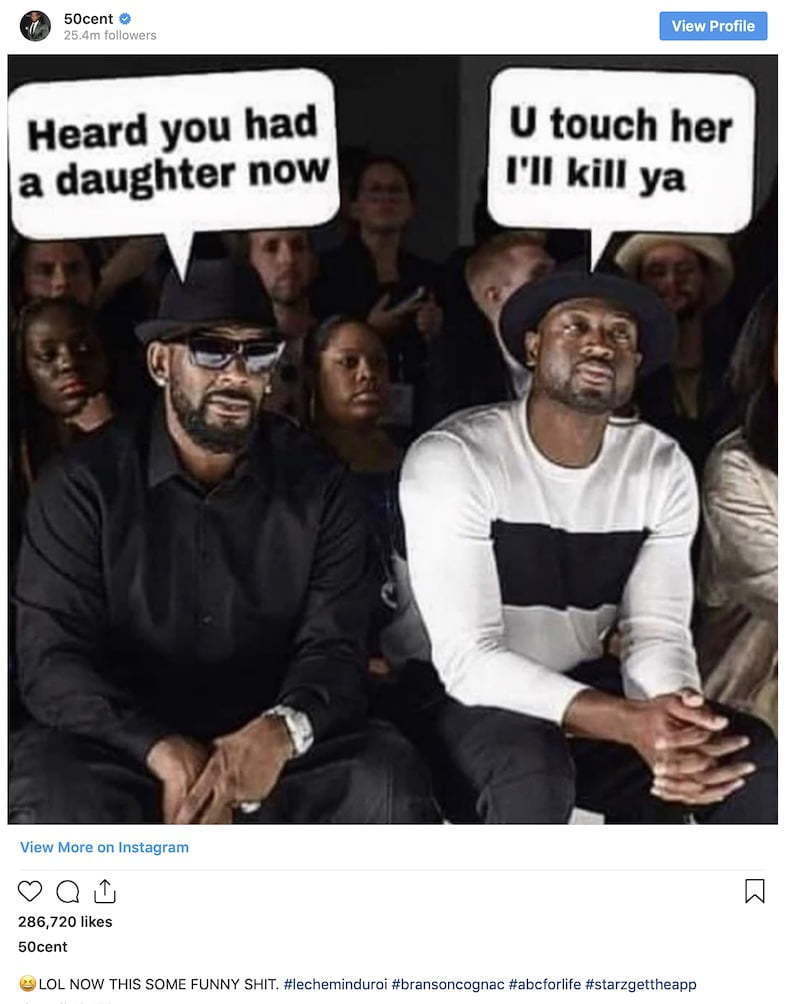 While some found the humor in the crack, many argued that it was distasteful. Some took to the comments to express their strong disdain with Fifty making jokes about a 12-year-old being preyed on by a known sexual abuser. “Bro delete this,” one fan wrote. Another commented, “Yo big a** too old to be playing with people kids grow up frfr.”

50 Cent is just one celebrity on an extensive list of people who have chimed in since Dwyane Wade made the details of his child’s sexuality public. Boosie Badazz has been very vocal about his opposition to the issue that has sparked so much conversation in the hip-hop community. The Baton Rouge rapper has even been banned from Planet Fitness because of his transphobic rants.

It looks like 50 Cent is back to his old games, but some think he has gone too far this time. Do you think that will stop him from making a crack about this 12-year-old in the future?