Kehlani and YG have split after releasing their new song together on Valentine’s day.

A lot of fans are praising Kehlani for walking away from her high profile relationship so confidently amidst finding out that her rapper beau was having an affair. Just days after all seemed well with the Los Angeles couple who just unveiled their collaboration “Konclusions” on Friday, Kehlani has announced that she’s single.

The singer released another song called “Valentine’s Day (Shameful)” today exclusively on Soundcloud, and the track is a tell-all of what YG has really been up to behind closed doors. In the song that has quickly gone viral, Kehlani admits to checking YG’s phone while he was passed out from drinking only to find exactly what she suspected – he was being unfaithful.

This isn’t the first time we’ve heard that YG has stepped out on his beautiful singer girlfriend but the rapper has since apologized about the incident that went public and feigned rehabilitation. It turns out something just wasn’t sitting right with Kehlani, whose curiosity got the best of her intuition hinted at her being cheated on. 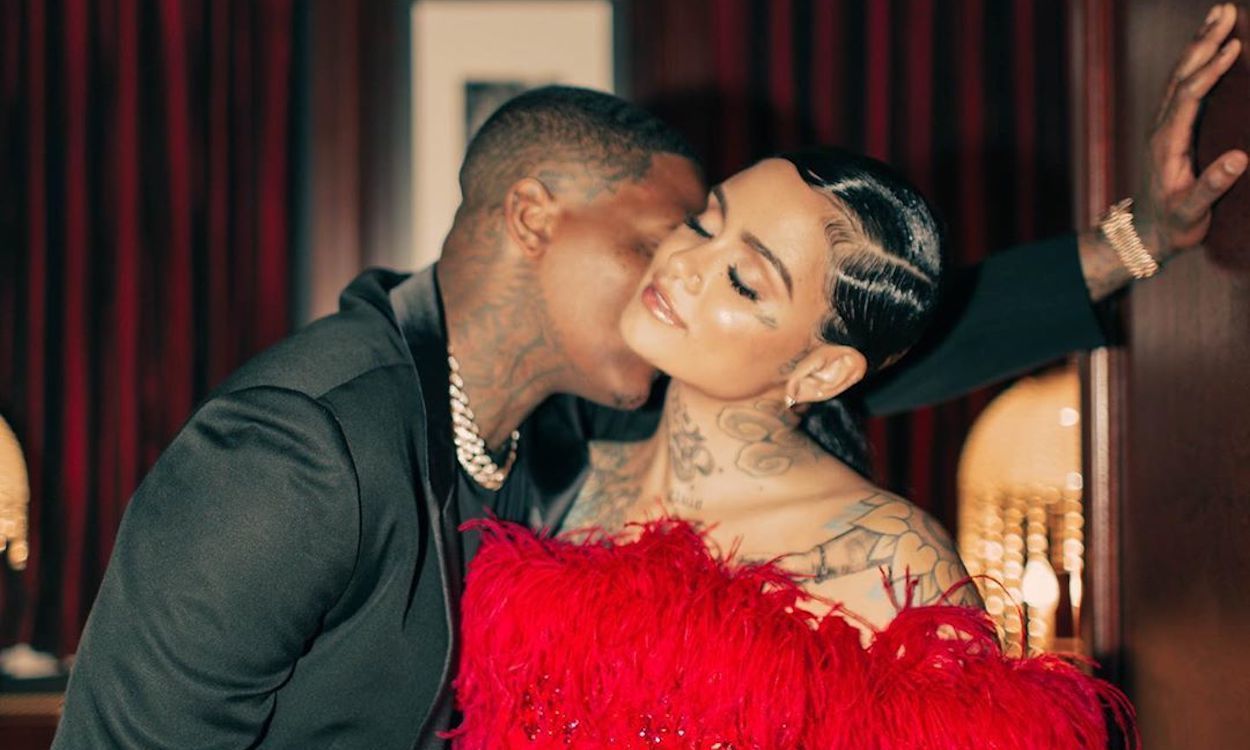 “I gotta give myself credit for loving as hard as I did/I helped you fight your addiction and change your whole life/Just to find myself played in the end/Ain’t no regrets ’cause I’m proud and my heart was so pure and I’m never ashamed of my love/Now I’m finding strength in the fact that you’re nothing to me and I know the things I am above,” Kehlani sings.

Elsewhere in the newly released song that was produced by The Rascals, Kehlani wishes YG the best with his mistress and even says she hopes he gets the France honeymoon and son that he’s dreamed of. However, the main idea in the song is the typical old Hollywood story of one person using the next for attention, as Kehlani emphasizes in the hook. The singer says she refuses to say her rapper ex’s name on the track because he does not deserve the recognition.

The song is like a two-sided tape with two different sounds about the same story. Though Kehlani is remaining strong and appears to be very aware of her worth and virtue, she also admits that she’s heartbroken and wishes she could run away as would anyone in her situation with all eyes on her. 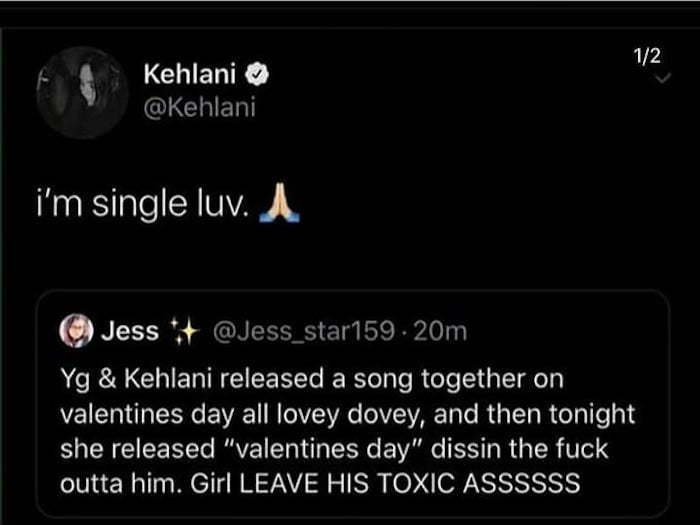 “The immature me wishes I could just run away/To somewhere I still feel safe/’Cause truth is I been f***kin lost since that very day/And really I’m wishing that I could just catch a break/It’s been hell every couple days/And now I’m here broken expected to carry the weight,” Lani sings on the track.

Fans have been commending the singer for the fire track that boasts smooth vocals and heart tugging notes and emotional content. Some are even thanking Kehlani for the record, asking how she knew they needed it. Overall, fans have been supportive of the singer who later admitted on Twitter that she is now single. While some say they can relate and are offering their regrets, others have been admonishing YG for taking this ‘L’.

Kehlani is yet to do an official release of the song “Valentine’s Day (Shameful)” and might even choose not to, but you can check out the song where YG remains unnamed on Soundcloud.