Cassie may as well be covered in gold as far as her husband is concerned.

In a moment of pure gushing that will make your heart melt, Alex Fine posted a pic of his wife Cassie and their baby to Instagram that read, “The absolute greatest gifts God gave me is two of the most beautiful happy girls.” The couple has had a blissful few months since announcing their pregnancy in June of last year. The announcement came not long after getting together in late 2018 following Cassie’s decade-long relationship with Diddy that ran from 2007 to 2018.

The new romance with the trainer on the CW show Riverdale may have seemed sudden to some so soon after leaving such a long-term relationship, but others have commended her for finding a man who so quickly realized her worth. Shortly after revealing that Baby Fine was on her way, the expectant parents tied the knot in an intimate ceremony surrounded by close relatives in Malibu. Only 14 people cracked the guest list for the backyard affair that was organized in two weeks. 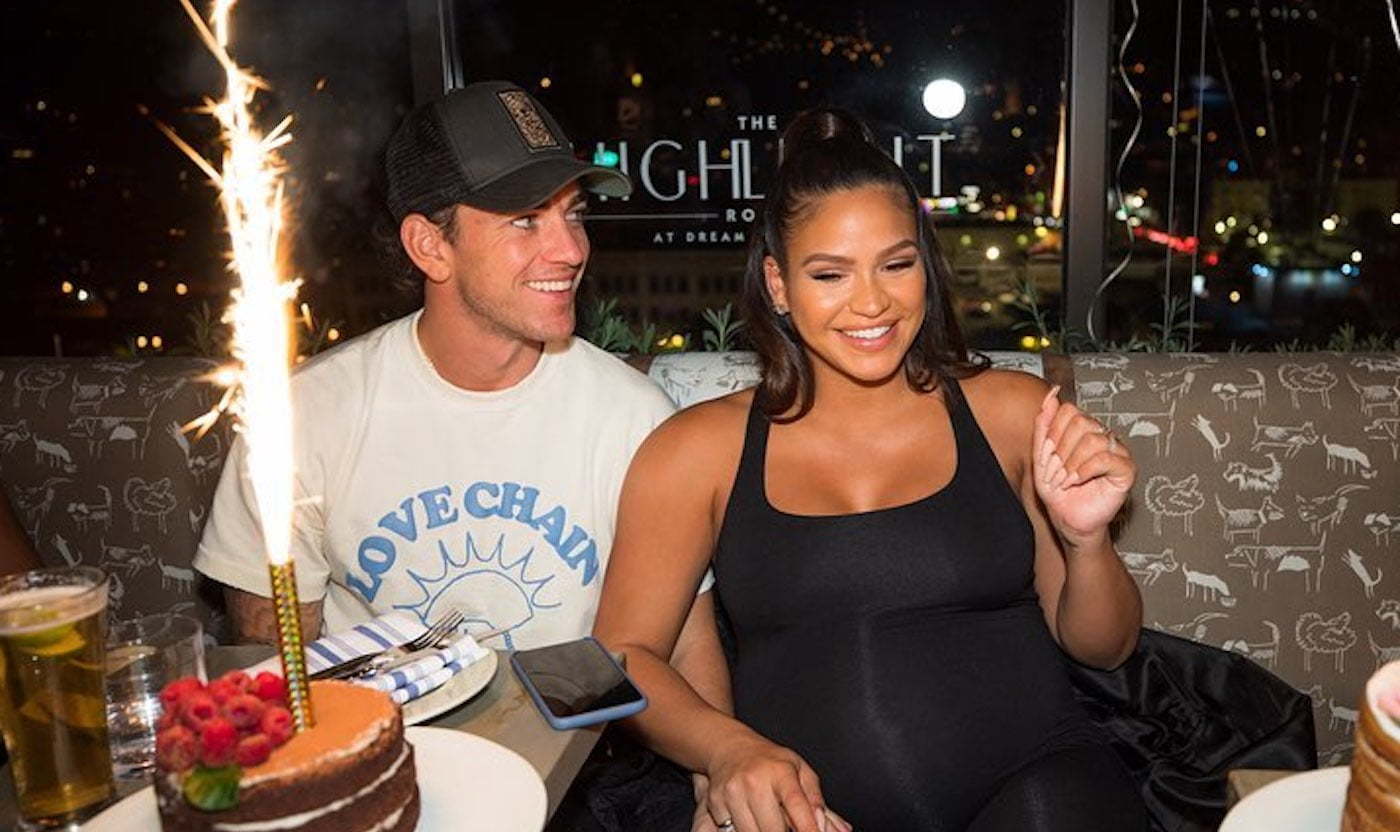 On Dec. 6, their little girl, Frankie Stone Fine, entered the world. The “Me & U” singer introduced her daughter to the world with a black and white Instagram post that included the newborn’s hand wrapped around her mama’s finger. “She’s just different,” the 33-year-old wrote while calling the baby her “BFF”.

The latest snap of the pair, posted by Alex, shows them both grinning, with Frankie seemingly mid-laugh. When an IG user commented, “Did Ciara share that prayer with Cassie?” The new dad responded by writing, “What if Russell shared the prayer with me?” in reference to the “Level Up” singer and her Seattle Seahawks quarterback husband who are expecting their second child together.

#AlexFine had to flip that question one time for the one time ?????? That’s right, #Cassie and #Ciara are the prize!