Vybz Kartel wasn’t kidding when he named himself the Worl’Boss.

The Gazanation leader just revealed he’s been keeping up with 50 Cent’s Power TV drama series in prison, leaving his fans jaws on the floor. The iconic deejay has been living a relatively normal life behind bars. As Vybz Kartel has become a very popular social media personality over the years, many have stopped questioning how it is even possible for him to be so active online. Mostly because they have gotten so used to the deejay’s presence that they’ve seemingly forgotten that it is out of the norm.

It turns out that Vybz Kartel is also a big fan of the highly-rated TV show Power. His fans have been questioning how it’s possible that he knows what is going on with the series with his current limitations. I do think that once it was known that Di Teacha has internet access, then his knowledge of anything in this world ought not to be questioned. It is the reason the deejay has managed to stay abreast of the new trends among the young people he caters to in his music. Also, based on my prison shows experience and amateur expertise, a TV in prison should be considered more normal than Instagram access, wouldn’t you say? 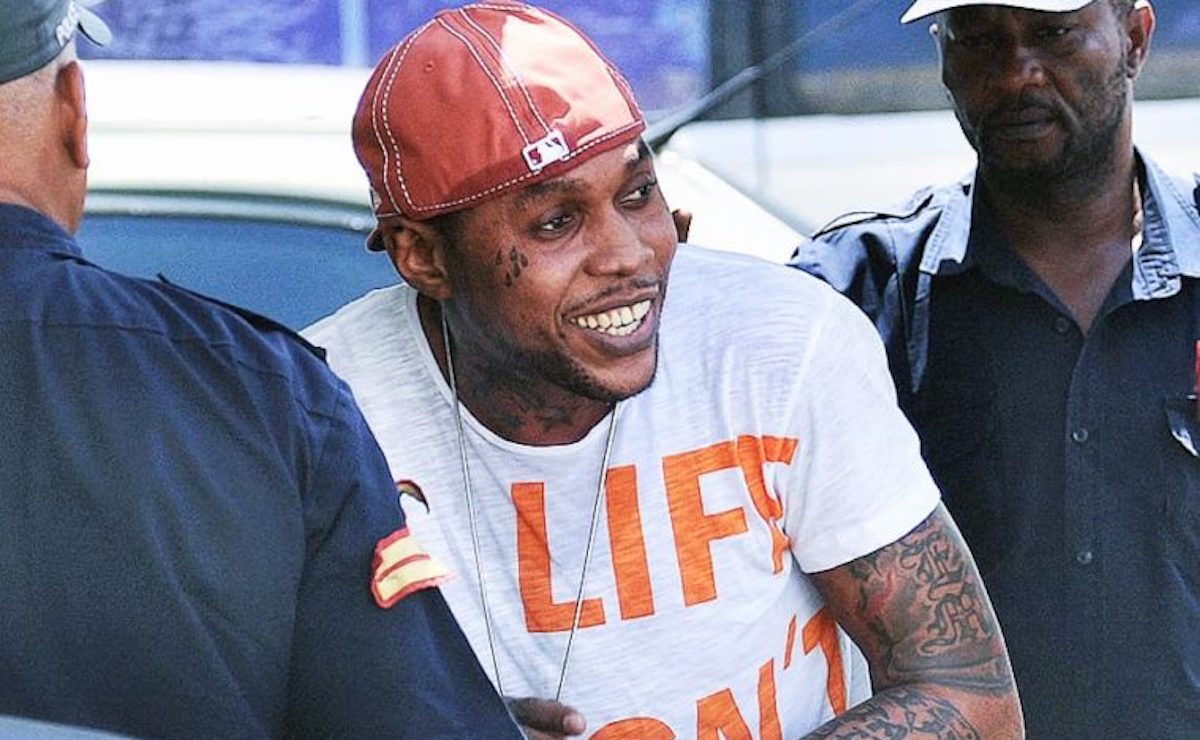 Power premiered the final half of its last season ever on Sunday, January 19. Much to the dismay of the show’s fans everywhere (and spoiler alert coming up), the lead character Ghost, who is played by actor Omari Hardwick, finally met his demise. Vybz Kartel used his Instagram to voice his grievances over the script, also calling out the writer and producer, Courtney Kemp Agboh, for the decision. “DAWG GHOST DEAD! A WEH DI BO*******AAT DO COURTNEY KEMP1( SYM SPANKY & DRE UNUH A B***H !!) KMFT JAHKNO #power,” Kartel wrote.

Fans instantly took to the comments to question if they were mistaken about the deejay’s current whereabouts. “Wait nuh jail u deh? Wah u know bout power teacha?” one fan asked. The dancehall front man then shared a second post that screenshot him and his fans’ replies to that comment. Kartel responded, “Wait nuh road u deh? Wah u know bout teacha?” the deejay wrote back. Fans and the “Gazanation” as Kartel calls his fan base were thoroughly entertained by the incarcerated deejay’s interaction with them and were happy to have a laugh with the Gaza boss who seems to be in good spirits. 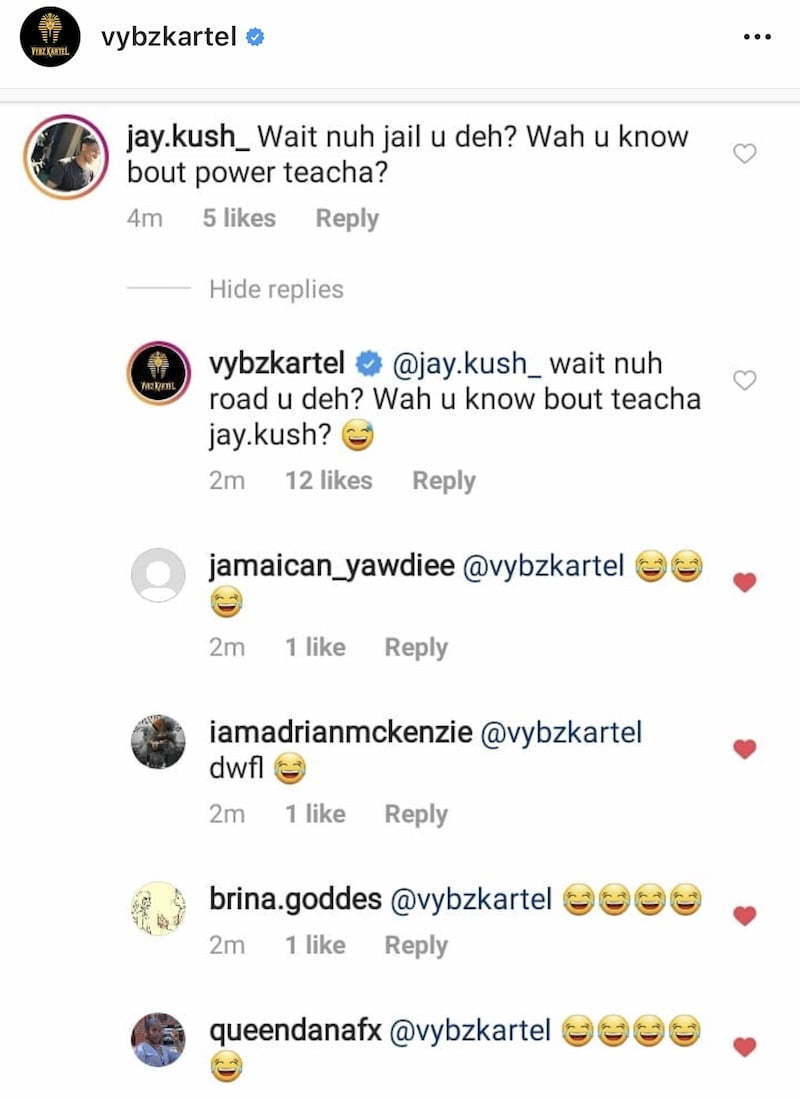 In other news, one of the deejay’s senior attorneys recently told the press that their legal team is still awaiting a verdict in Vybz Kartel’s appeal case. Though the process has been taking an extraordinarily long time, it sounds like attorney Neita-Robertson thinks the results will be favorable as she believes it was “a good appeal.” Let’s hope the deejay remains positive as we all await the outcome. Now that the final season of Power has proved utterly disappointing to him, hopefully, he can find another series to pass time. If Vybz Kartel The “Great” happens to be reading this, I’d recommend “Peaky Blinders” for your next binge.