Vybz Kartel wears his heart on his sleeves on his new album, To Tanesha, which is now available.

Never one to shy away from controversial topics involving his love life, the incarcerated deejay brings us through the ups and downs of his common-law relationship with Tanesha Johnson, better known as Shorty. The two have been together for almost 2 decades, with Shorty bearing two sons for the Worl’boss. The couple had called it quits many times, but they always somehow found a way back in each other’s arms. The couple ended things back in 2016, which Vybz Kartel confirmed on his Instagram page when he posted, “ME AND MI BABY MOTHER SHORTY) NO LONGER TOGETHER. YOU HEAR IT YASO FIRST.”

A similar message was delivered back in 2018, which Vybz Kartel’s right-hand Sikka Rymes confirmed. “Everything was good when Vybz Kartel was at the road but from him get lock up certain things change,” mentioned Sikka. Based on how close Sikka is to the situation, it is only fair that he gets to say his piece and that he does. Sikka Rymes and Vybz Kartel fuse their melodies on the collaborative track “Delusional” to paint a picture of the effects caused by the change of attitude on Tanesha’s part. 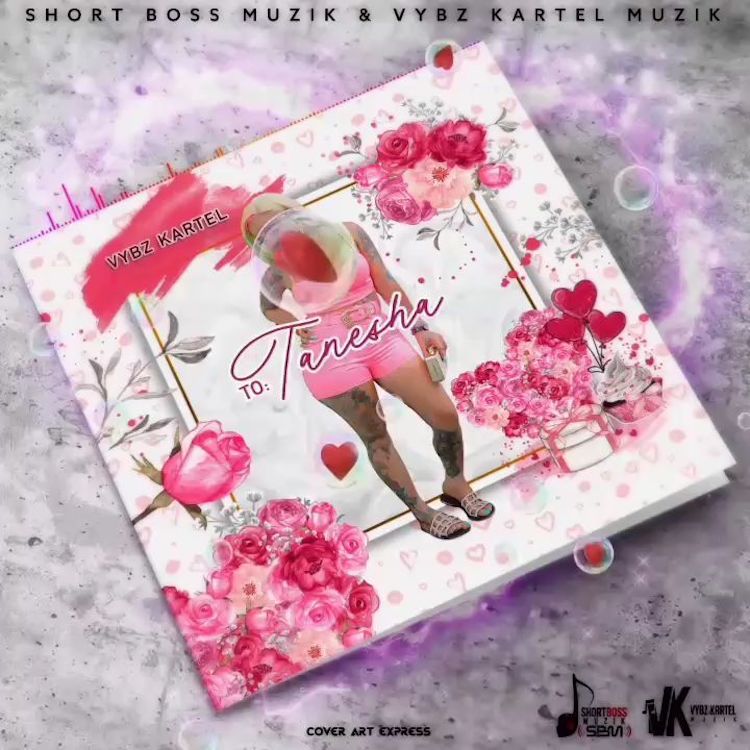 Other tracks such as “MoreThan You Recieve,” which features reggae singer Jesse Royal and “Neva was da one,” documents the betrayal and pain from the split.

The 10 track album carves out a niche, with emotionally charges lyrics layered over r&b flavored beats. Jada Kingdom’s collaboration is being hailed as one of the early crowd favorites. However, all the tracks have the ability to emit emotions, possibly bringing a listener to tears. Other collaborators who have teamed up with Kartel include his two sons, Adidja (Likkle Addi) and Akheel Palmer (Likkle Vybz), Jodi Couture, and Slimatic.

A minimovie for the leading track, “Then You…And Me” was released 2 weeks ago, providing visuals for an interesting take on the importance of love and respect between in a relationship and the effects of those missing elements.

To Tanesha arrives just a few days after Adidja’s birthday. Listen to the full album below.