Kodak Black wants to hear from his fans while he’s behind bars.

Kodak Black isn’t letting a little thing like prison bars keep him from connecting with his fans on the outside. Actually, it’s just the opposites these days and the South Florida rapper has instead built a loyal pen pal group amongst his followers. Just today his Sniper Gang Apparel Instagram account posted his address and encouraged fans to write more.

“Keep them letters coming. They mean the world to Yak,” the message reads, alongside Kodak’s P.O. Box, government name (Bill Kapri), and his inmate ID number. Obviously, the fan support means a lot to the young 22-year-old rapper who is currently serving a sentence of three years and ten months in federal prison after lying about his criminal record to purchase guns. 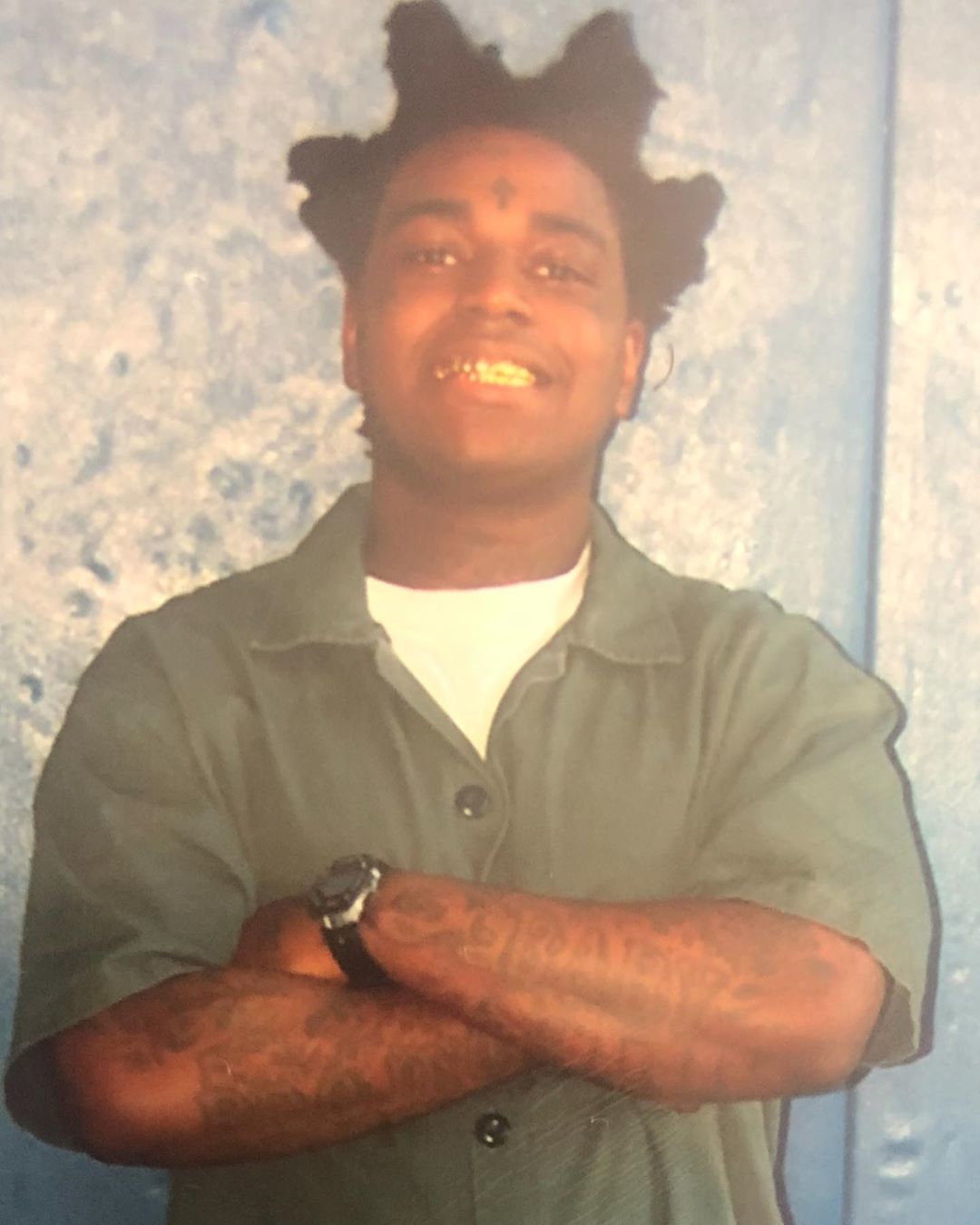 In light of his legal woes, fans have noticed a more reflective and certainly a more charitable KB during his incarceration. Just a few weeks back Kodak’s attorney, Bradford Cohen, told TMZ the rapper gave thousands of dollars away to the less fortunate during the holiday season—donating to various charities, religious institutions, and individual families.

Despite Kodak’s seemingly optimistic perspective, his time in federal prison has been anything but sweet. If you recall back in December, Urban Islandz reported on Kodak’s alleged prison set up where he was beaten and possibly drugged during an altercation. The rapper’s team took to Instagram letting the world and fans know that a massive prison fight left him feeling dazed, paranoid and ill.

The post read: “On October 29th I was laced with an unknown substance here in Miami, FDC,” Kodak wrote. “That substance gave me an out of body experience and had me feeling like I was possessed and dying slowly. Upon this experience, I managed to go to the CO’s office to seek medical Attention (As shown on surveillance cameras). I was denied! This left me in a state of paranoia.”

Fans’ well wishes are having a positive effect on his psyche. So to all the Kodak fans, would you be down to write to the address and send your favorite Florida rapper some love?

Keep them letters coming. They mean the world to Yak. ??? #JusticeForKodak #FreeKodak

On October 29th I was laced with an unknown substance here in Miami, FDC. That substance gave me an out of body experience and had me feeling like I was possessed and dying slowly. Upon this experience i managed to go to the CO’s office to seek medical Attention (As shown on surveillance cameras). I was denied ! This left me in a state of paranoia. Shortly after I got into an altercation with an innate. This same CO who denied me medical attention, proceeded to pepper spray me which instantly impaired my vision and I was oblivious to who was punching and grabbing me repeatedly in the face. Even after I was on the floor they continued to strike me and deploy more people. I was summoning for them to stop while gasping for my breath. This near death experience felt like dogs were tearing at my skin while they were grabbing and beating me while I was under the influence of this unknown substance that mysteriously hasn’t popped up in my Urine analysis and mysteriously the inmate I was fighting with went home the next day. I was beaten so brutally that I had to be taken to the Box in a wheelchair. I have been here for 45 days without commissary, hygiene stressed out and on psych meds. Having to mourn the loss of my brother Juice World behind the doors. Prior to this there were a few inmates who intentionally beat up … An officer and no charges were filed. Meanwhile I get into a fight with another inmate and this officer jumps in to inflict harm on himself and capitalize on my status as a local celebrity … I had officers tell me that the CO was ok that night and that he is trying to go this route. Because he self checked himself in the hospital. I have also heard officers tell me that the CO has been back to FDC and bragging that he will get a quarter million from me. I want to shed this light on police brutality and the tactics they use to cover their behinds. #JUSTICEFORKODAK