Drake and Future look to have new music on the way and Future may have just given fans their first sneak peek.

Drake and Future know how to play with our emotions these days. After weeks of teasing fans with potential new music and video rumors, Future let us hear a snippet of a new collab between him the OVO frontman. Now, we aren’t sure if it’s the same song, “Life is Good,” Drake referenced in his Instagram story earlier this week, but we did get to hear a quick verse from the Canadian rapper: “Virgil got the Patek on my wrist doing front flips.” Could all of this be leading up to What A Time To Be Alive 2? Here is what we know so far:

Earlier today a behind-the-scenes clip from what fans hope is an upcoming video was passed around on the web. And in December right before Christmas fans were blessed with a teaser of Drake and Future linking up with 21 Savage to shoot a music video in Atlanta. This was shortly after Future posted a snippet from the duo to his Instagram story with the caption “OVO/FBG,” representing both the heavy hitter’s camps. 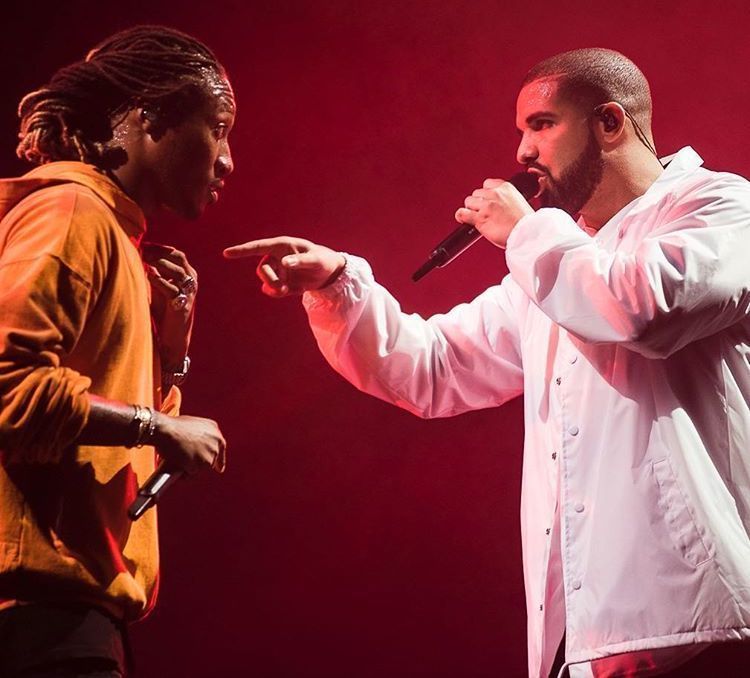 Even ATL Jacob, Freebandz in-house producer, got in on the action. The producer shared a video that showcased dozens of audio files titled “FUT X DRA” last May, just a month after the Toronto native said that the project was “already cooked up.”

Although What A Time To Be Alive 2 hasn’t officially been announced, fans believe the two artists will drop their second tape in 2020. And needless to say, anticipation is now at an all-time high after five long years of waiting.

During a two-hour interview with Rap Radar, Drake played it cool when asked about upcoming music with Future. The Toronto rapper indicated that he and Future never stopped working together and simply replied with, “We’re always working, we’re always working. We got some stuff.” If you recall back in 2015, Drake and Future dropped What A Time To Be Alive, which still has a few bangers that get played in the club to this day.

Despite the 5-year absence of a WATTBA follow up, it looks like the duo is finally back at it again to give the people what they want.

Future hints at a “What A Time To Be Alive 2” snippet on his story ? pic.twitter.com/9LP0Ta0HVe

Ima tell my kids this was the JACKSON 5. #Shotbyshootrr