Drake and Future teases their new record, and fans are again alight with the hope that there is a WATTBA part 2 in the pipeline.

In 2015, rappers Future and Drake released an 11-track Platinum-selling mixtape called “What A Time To Be Alive.” The project that was produced by Metro Boomin, Boi-1da, Southside, and others, went number 1 on US Billboard 200, UK R&B Albums, Canadian Albums as well as US Top R&B/Hip-Hop Albums. Since the successful collaborative effort between the Canadian and American rappers, fans have remained hopeful for a sequel. Whenever the two rappers are in close proximity in any way, it has sparked the conversation of WATTBA2. 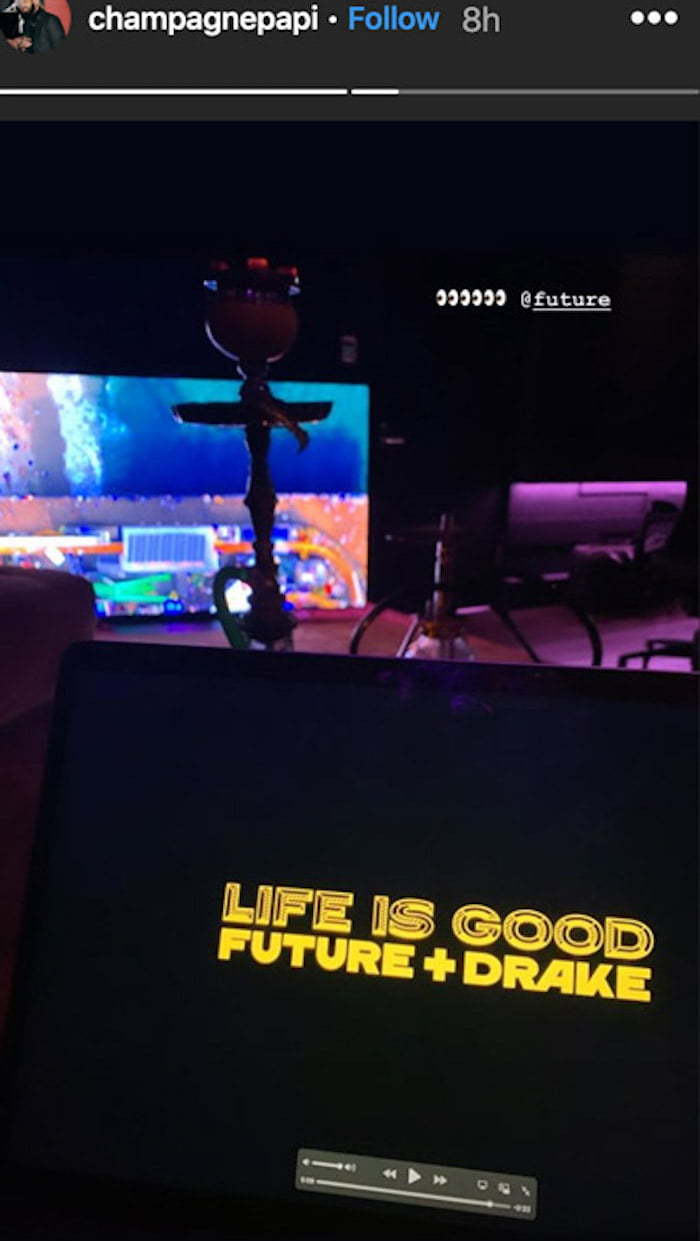 After much projecting from fans, it finally appears that the dream will be realized, and a sequel could possibly be in the works. Though this was not confirmed by either artiste, Drake did tease a still frame from their upcoming music video for “Life Is Good” on his Instagram story. In the image that he shared, the title of the song “Life Is Good” appears along with “Future + Drake” just below it. The Toronto rapper tagged Future in the story and added a few side-eye emojis, much to the delight of their fans.

Rumors first started swirling that the two rappers were working on another project together last year when hints started dropping left and right. One of the many hints included Freebandz producer ATL Jacob sharing a late night Instagram Story of his hard drive files that revealed several tracks saved as “FUT X DRA.” These rumors were fueled even further when it was announced that the duo was seeking a cast to fill out the kitchen staff for their new music video late last year. Now that Drizzy has begun teasing shots of the visuals, they are sure to be released any day now. Do you think this record is a part of an upcoming project or just a single collaboration?