Future had a scary running with a fan who stormed the stage while he was performing in Nigeria.

Future’s bodyguard body slammed a fan on stage while the rapper was performing in Nigeria. Sunday marked the first time Future performed as a headliner in the West African country. The show, which was held at the Eko Convention Centre, Victoria Island in Lagos, Nigeria, saw many excited concert-goers and fans who would have been experiencing Future live in concert for the very first time. During his performance of “Mask Off,” a shirtless Future was confronted by an over-zealous fan who climbed on stage and charged towards the rapper.

Future upon seeing this quickly maneuvered the risky situation by acting like he was going to swing on him before pushing him off to the side with one hand. For a second, it looked like Future was really going to put hands on the young fan but changed his mind. This was when Future’s bodyguards said, “Challenge accepted.” One of the men on duty ran towards the young man and body slammed him on stage. The impact of the fall is worryingly audible in the video that has now gone viral online. 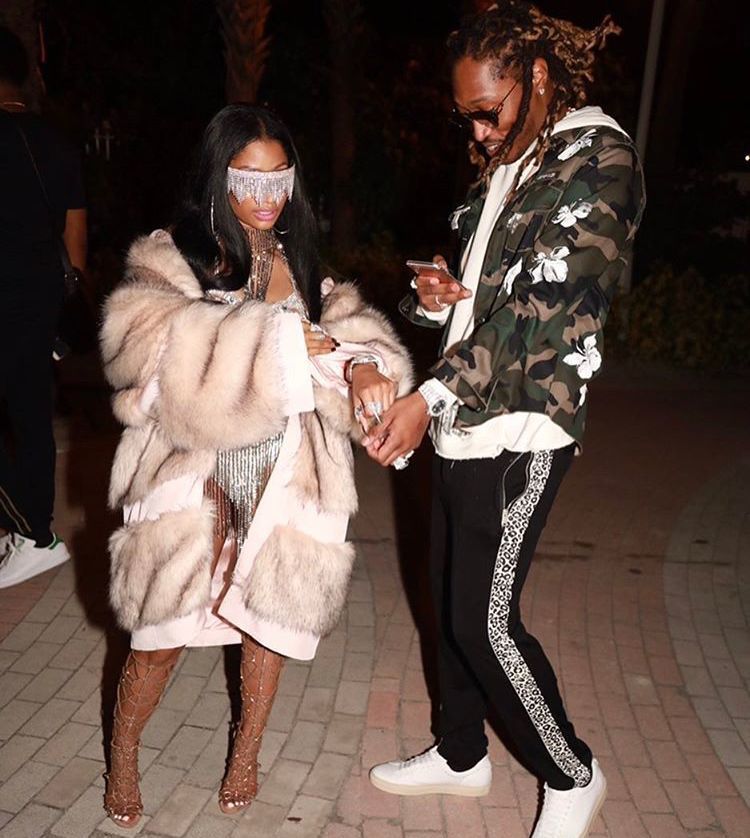 To be fair, the fan really just looked like he wanted to hug the famous rapper, but Future wasn’t taking any chances. Fans online who were amused by the rapper and his bodyguard’s hasty reaction, took to the comments to make light of the situation. “He Was Ready Too KO Dude,” one fan wrote. Some fans who are well-read on the history of Future and his many baby mamas suggested that one of them sent the young boy, while another said in a comment, “Probably tried to serve him a child support letter.”

In the short video that documented the incident that was first posted by EMPIRETV, Future can be heard saying, “Woah, woah,” after his fan takes the nasty fall upon being tackled. The rapper then had to pause his set to address the situation, but the video is cut off before we learn how the situation is resolved.

We hope the young man is okay and that he had no broken bones or sprains to report. Remind me never to get on stage in the height of my uncontrollable excitement at a Future concert.

That Moment When An Excited Nigerian Man Runs On Stage To Touch #Future And Gets A Smack Down! ???