Future and Lori Harvey are living their best lives in Nigeria while her ex-fiance and her stepdad Steve Harvey bond.

Lori Harvey’s stepdad, Steve Harvey appears to have picked sides between his stepdaughter’s ex and her current boo. Steve is allegedly not so on board with her new relationship with rapper Future. Could it be to do with the fact that he has 8 kids and is being sued for child support? Or maybe that Lori once promised her mom, Marjorie, that she would never date a hip hop artist.

Whatever it is, Future has not been welcomed around the Harvey household since he and Lori Harvey started their relationship in November. The “Turn on the Lights” rapper was reportedly not invited to spend Thanksgiving with his new girlfriend’s family, nor was he there at Christmas, according to the snaps which Lori posted. The animosity is likely part of the reason that the 22-year-old moved out of her parents’ home and into Future’s penthouse apartment. 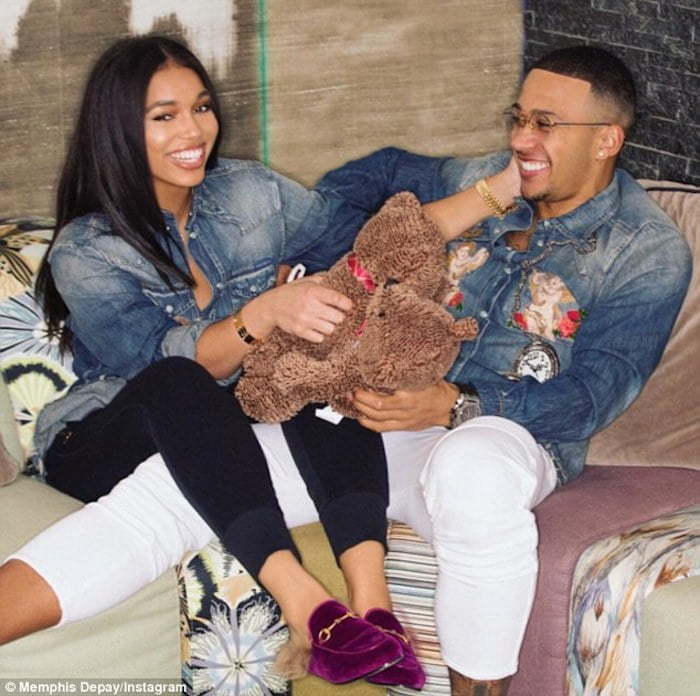 But at the moment, the 36-year-old is away with his lady in Nigeria where he is headlining a show at the EKO Convention Centre in Lagos… and Steve is hanging out with her ex-fiance Memphis Depay in California. Lori and Memphis Depay were very serious at one point, even agreeing to get married. She and the Dutch soccer player ended their relationship in 2017, but it seems that the Miss Universe host is still close with his almost son-in-law.

Depay shared a picture on Instagram, which featured Steve sitting on a bench as they both looked onto the water where dozens of yachts were docked. “Seen a lot, heard a lot, learned a lot,” the 25-year-old captioned the photo. Does this mean that Steve has been snitching on his little girl’s man and giving her ex-fiancé the lowdown on how much they dislike him?!

We wish we could hear all 1,000 words which that picture speaks.

Seen a lot, heard a lot, learned a lot.