Did Travis Scott just take a shot at his ex-girlfriend Kylie Jenner?

Travis Scott may have been throwing shade at his baby mother Kylie Jenner. That’s what several people on social media are assuming following the latest post by the “Highest in the Room” rapper on Instagram. Travis shared a black screen with the word “Lol”. Not very descriptive, we know. That is, until, you realize that the IG Story post appeared just after Kylie Jenner put up one of her own wearing some revealing clothing.

The make-up mogul’s post included a black and white photo of her looking undeniably sexy in a bra and pair of panties while sitting on a bed. “Just didn’t feel right going into 2020 without one last thirst trap,” she wrote beneath the picture which was taken by Victoria Villarroel. Now do you see why this is awkward?

The former couple have been on good terms since they split September following more than two years together. They have been spotted on more than one occasion together as they remain committed to raising their daughter, Stormi, including a family vacation in Palm Springs that left some fans wondering whether a reconciliation is on the cards. That notion seems vindicated when Kylie was spotted wearing a diamond ring that even had Ellen DeGeneres wondering if the pair was engaged. 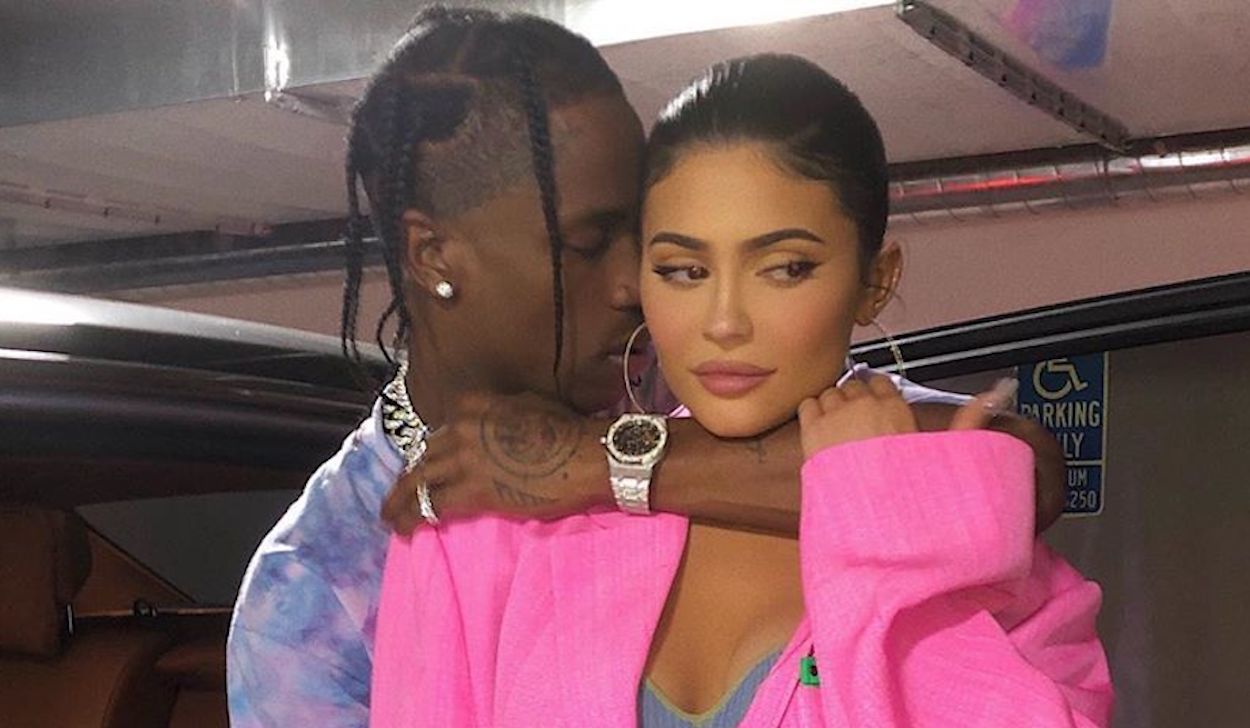 No official reason for the break-up was ever given by Kylie or Travis, but the Kylie’s paternal grandmother thinks the reason may have been that the Houston native never put a ring on it. “Young people today, they think they can live together, start a family together, without being married, it doesn’t work! I don’t know,” said Esther Jenner in a recent interview with the Sun.

Travis has given us a possible indication behind the split, however. His latest single with Pop Smoke, entitled Gatti, features the lyrics, “Duck away, she wanna lay up and hibernate / I took a chance, it’s a lot to take.” Many believe this is a reference to his relationship with Kylie who prefers being at home while the rapper wants to tour the world.