Cardi B and Offset’s new mansion is insanely expensive.

Cardi B and Offset are currently living their best lives in style. The married couple reportedly spent two years searching for a home in which to lay down roots and raise their young family, and the long quest seems to have paid off. And by that, we mean that they paid out. The “Bodak Yellow” gave fans a look at her incredible new home recently, and the question on everybody’s mind was: how much does all that cost?! Well, we now have an answer. The property was listed recently at $5.79 million, with it likely that the agent rounded off the number to $5.8 million.

The glitzy pad is situated in the prominent neighborhood of Buckhead in Atlanta, where fellow rappers Iggy Azalea and Playboi Carti also have a home. The mansion which belongs to Cardi and her Migos boo, Offset, is believed to be on a 6-acre wide property and feature three stories. The house resembles somewhat of a castle as it boasts columns and arches along with balconies and large windows to let in lots of light. 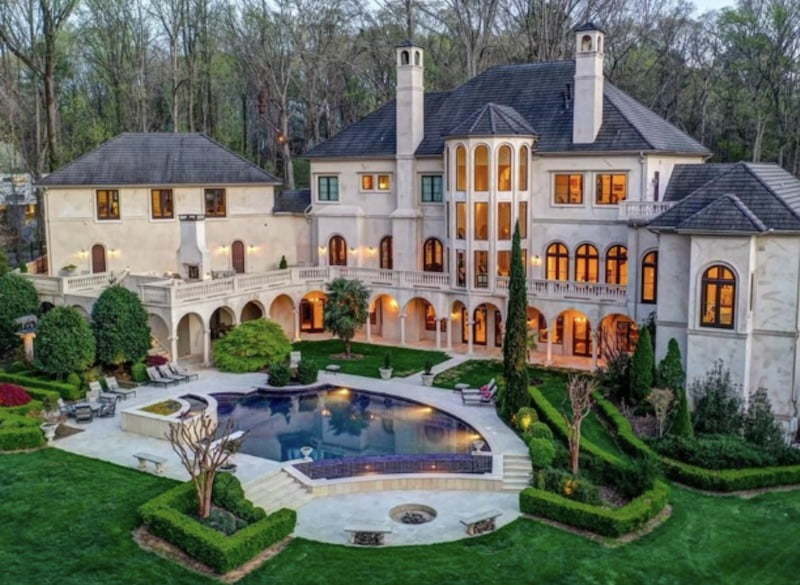 That light will be filtered into the home’s five en-suite bedrooms, one of which is a master bedroom complete with a bathroom fit for a spa, a fireplace to cozy up, and a walk-in closet to host all of Cardi’s outrageous outfits. Don’t worry, Offset has his own.

The features of the residence don’t even stop there. Chiropractor Dr. Rick Kuhlman (who was sentenced to 30 months in jail for his role in an insurance fraud scheme) built the Italian villa-style mansion with his wife and included a wine cellar, which is almost a staple of European culture. There is also a wood-paneled library, a children’s playroom for their daughter Kulture, a family room that features a fireplace, and more than one kitchen in which the Grammy winner can practice that macaroni and cheese which she considered making for her in-laws this past Thanksgiving. Oh, did we mention there is also a gun range with steel walls?

If this place belonged to us, we’re not sure we’d ever leave.

@offsetyrn and I been house hunting for the past 2 years with our realtor @b_luxurious .It has been a roller roller coaster ! Houses that @offsetyrn liked there was always a room I didn’t like that we couldn’t agreed on ?and a couple houses that I liked @offsetyrn said NO because the areas they where in are not to good.We even though about building a house but with a family that’s a bit complicated .With the help of @b_luxurious and God WE GOT OUR HOUSE!!!!! Sorry if the videos don’t fit so well on Instagram.