Iggy Azalea has learned that you should not post on social media when you’re upset.

After just over a year together, she and Playboi Carti have gone their separate ways. The pair first sparked dating rumors after being spotted together at last year’s Six Flags and the Rolling Loud Festival, before making their relationship Insta official in September 2018. Three months later, they moved in together in Atlanta. Over the last week, the rumor mill has been working overtime, claiming that the “Lola” rapper has a bun in the oven. She put the allegations on ice not once, but twice, by posting a video of herself at a dance studio exposing her very toned midriff, and another on vacation in Bali where her sultry red bikini was definitely not concealing a baby bump of any kind.

Sadly, after reportedly expecting one minute… the couple has broken up the next. On her Instagram Story yesterday, Iggy Azalea shared a post where she informed her fans, “I’m single.” Turns out that she made a snapped decision that she quickly regretted. 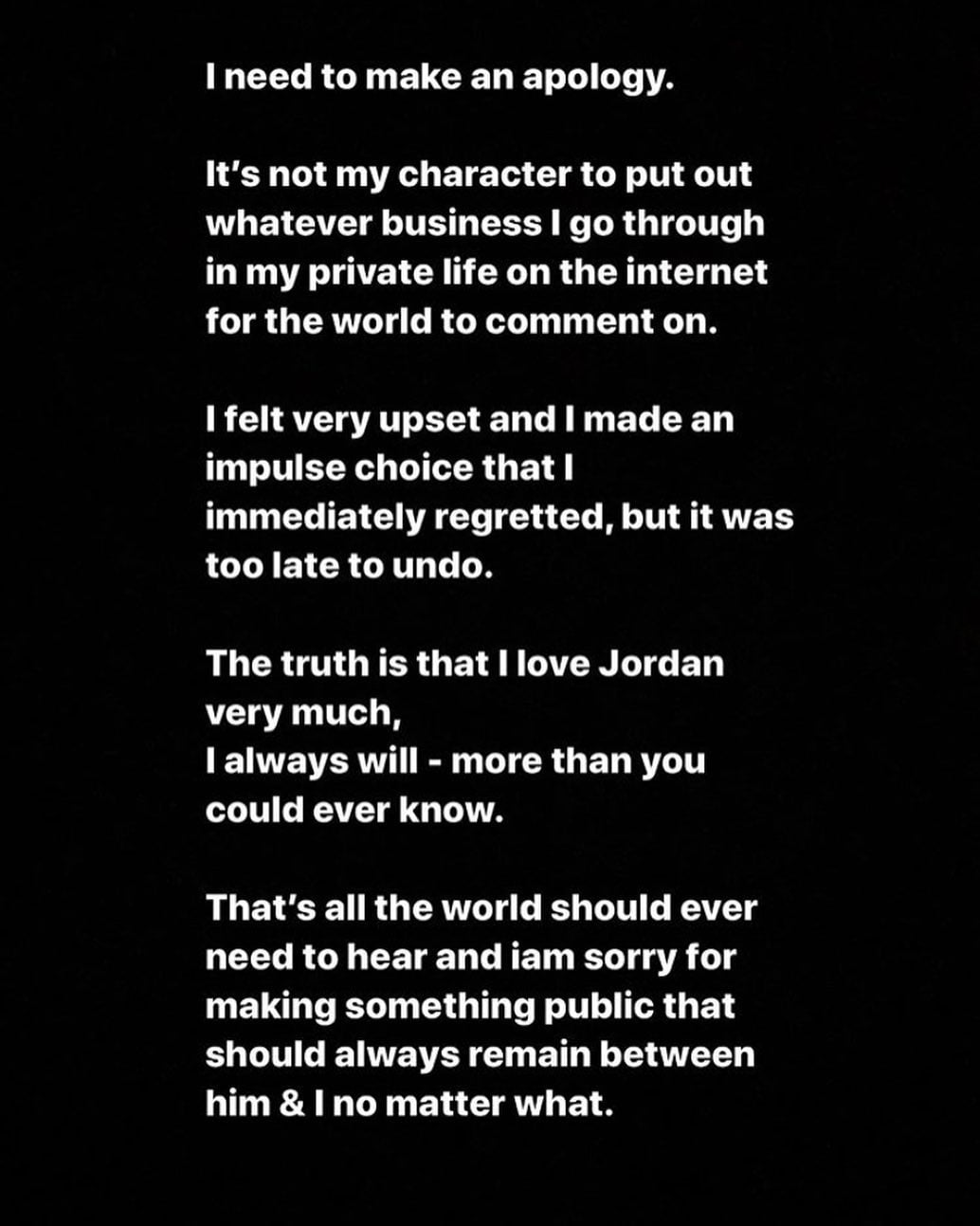 The Australian has since deleted the IG post and might be feeling a bit ashamed because she has issued an apology, admitting that she behaved impulsively and that she still has a lot of love for the “Magnolia” rapper whose real name is Jordan Terrell Carter.

“It’s not my character to put out whatever business I go through in my private life on the internet for the world to comment on,” Iggy wrote. “I felt very upset and I made an impulse choice that I immediately regretted, but it was too late to undo.”

Iggy Azalea reinforced her love for Playboi Carti and admitted that she decided to put their personal relationship troubles on social media was a bad one. Hopefully, she learned some lessons from this one because even though she quickly deleted it, fans had already grabbed a screenshot of it.

Perhaps there is still hope for a reconciliation.

#TSRBreakUps: It looks like #IggyAzalea & #PlayBoiCarti may have called it quits as Iggy took to her IG story to announce her new relationship status ?? This comes after rumors alleging that she is pregnant!