It’s been over a year since Eminem and Machine Gun Kelly exchanged diss tracks, but apparently, MGK still isn’t over the feud or other people’s comments about Em having won the battle. After performing at Rolling Loud Los Angeles last weekend, MGK spotted podcaster and Youtuber Adam22 backstage. Adam22 happened to be one of many internet personalities that publicly stated his opinion about Eminem winning the rap beef, and it seems MGK hasn’t forgotten it. Kelly briskly walked towards Adam while he was conducting an interview in a way that made Adam think he might be coming in for a handshake. Instead, MGK smacked Adam22’s microphone out of his hand and walked off, looking irritated. 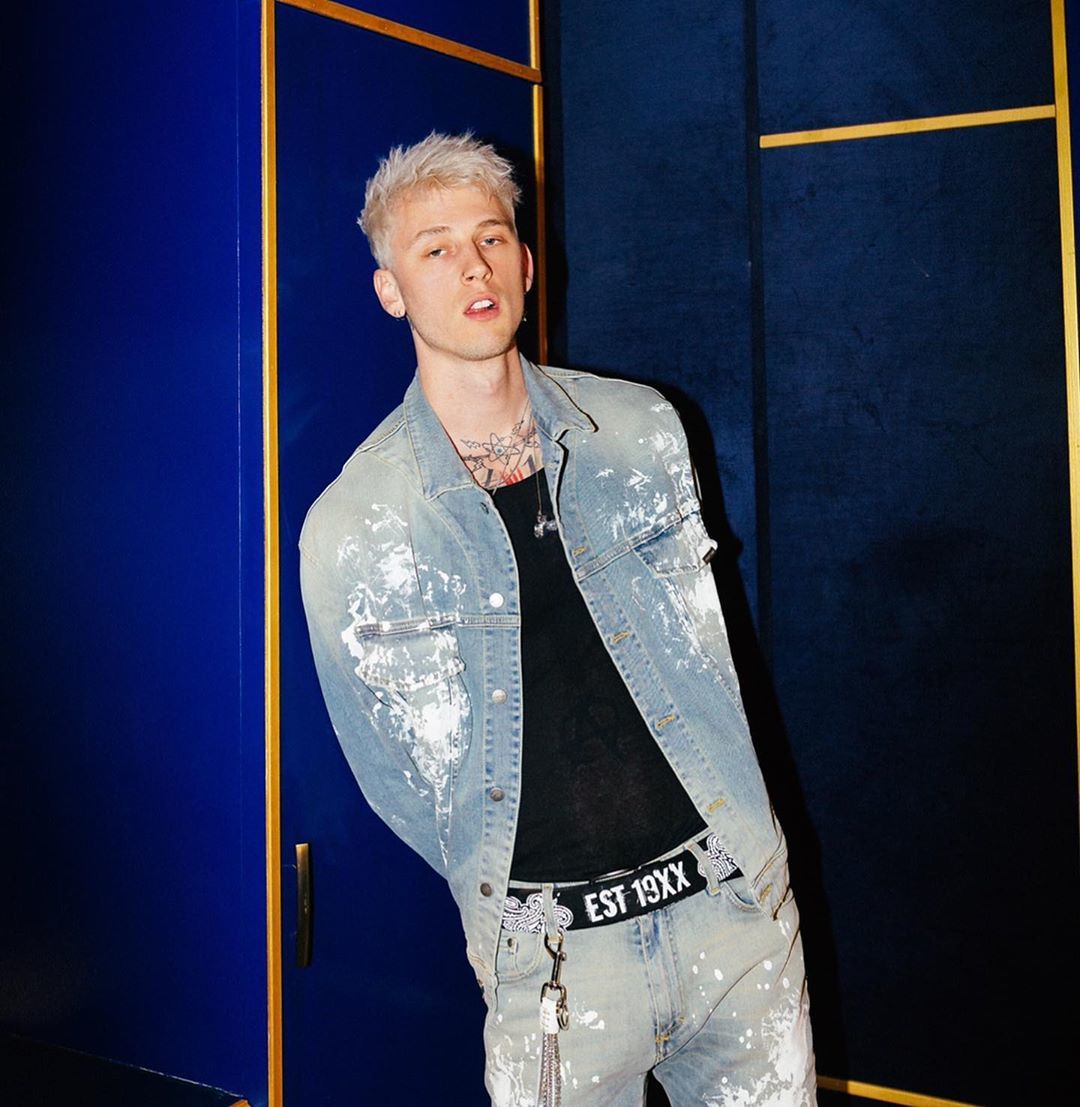 Adam22 posted the video with a caption that read, “MGK not too happy about me saying Eminem won that battle.” Some viewers speculate the moment may have been a joke, while others insist MGK wasn’t playing around at all. Although it has been a good deal of time since the beef ended, Adam22 did go out of his way to post a fourteen-minute video declaring Eminem the winner of the feud after Em released “Killshot.” The track took down MGK in a way only Marshall Mathers can, with some commentators even claiming Em had effectively ended MGK’s career.

The feud between the two rappers began after Eminem decided to respond to MGK’s infamous 2012 tweet sexualizing Eminem’s then-underage daughter. MGK countered with a diss track that called out Em for taking so many years to respond, at which point Eminem released “Killshot.” Some fans of the beef wonder if this incident involving Adam22 will stir up the feud once again, perhaps bringing us some entertaining new music from both artists. Others, however, insist Eminem accomplished his kill as he intended and won’t waste his time on MGK in the future.

MGK not too happy about me saying Eminem won that battle ??? pic.twitter.com/8zT9LamO7B

Maybe another diss track might be on the way that namedrop Adam22.