Joe Budden and Quavo beef is over, but can we say the same for the rest of the Migos clan.

Diddy hosted a lavish A-list birthday celebration this weekend in Los Angeles. The star-studded guest list included reality stars, the Kardashian/Jenner clan, and rappers like Jay Z, Kanye West, Quavo, and more. It seems it was a night of reconnections as not only were Kanye and Jay Z awkwardly photographed together, but Quavo and Joe Budden also found time for a photo op – a sight that shocked many. ICYMI, Joe and Quavo have been at odds since Budden’s disrespectful behavior in an interview with the group on the BET Awards red carpet in June 2017. DJ Akademiks was trying to conduct the interview peacefully and seemed to be a genuine fan. However, Joe Budden appeared to be the opposite. The podcaster interrupted Akademiks to say, “Alright, we gotta rap this up though.”

However, that wasn’t enough for Budden, who perpetuated an awkward situation when he became even more impatient and threw his microphone down when Akademiks called Migos one of his “favorite groups.” After Budden stormed off the platform, the Migos collectively responded by dropping their own mics and moving towards Budden in a united front-style mafia way. Luckily, security intervened. 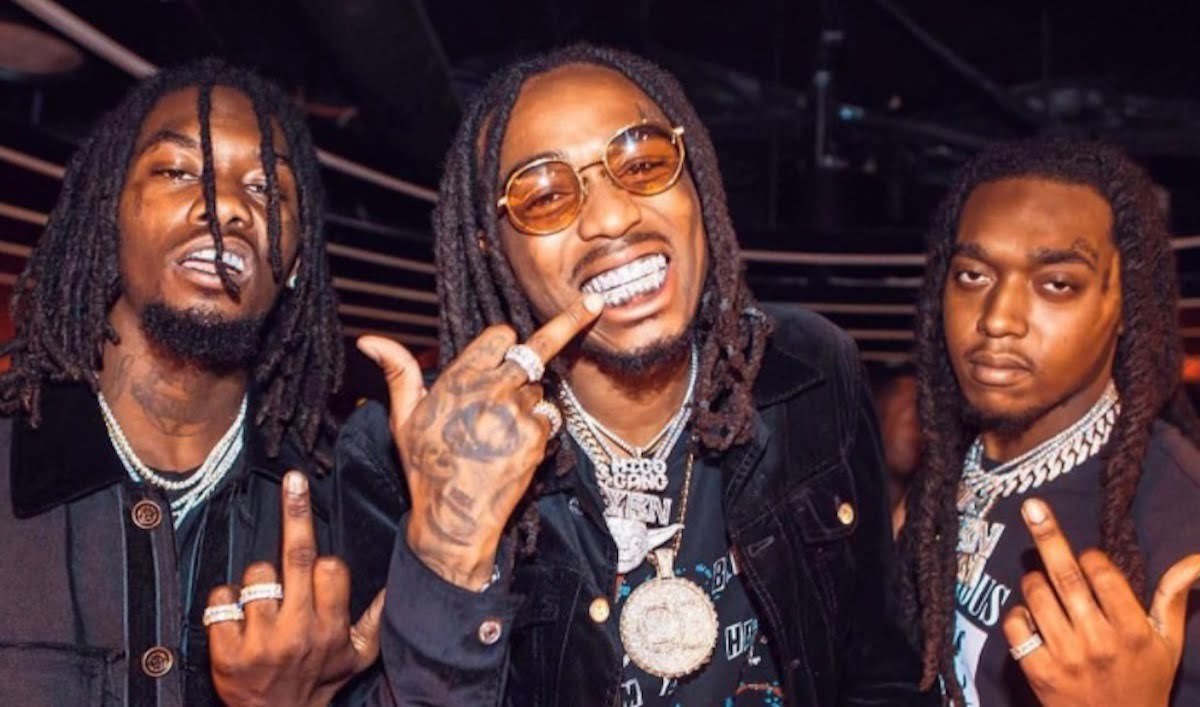 Thus birthed the beef between the Migos and Joe Budden that saw diss tracks and trigger fingers turn into Twitter fingers. In December 2017, Quality Control Music released their compilation record “Control The Streets Vol. 1.” One of the tracks by Quavo, “Ice Tray” featuring Lil Yachty was considered a diss track for Joe as it had the line, “If a n***a hatin call him Joe Budden (p***y!)”

Joe Budden’s response came in short order on Twitter. “Quavo want smoke ? Lol,” Budden tweeted. “Soon as it’s all peace he decides to unleash this lyrical venom in my direction… that’s crazy smh,” he continued. Budden also sent out another tweet to Quavo directly saying, “I am your OG & you will respect me as such.” Of course, there were several other conversations and shade thrown, especially on Joe Budden’s podcast in the thick of the feud.

What matters now is that the gentlemen have decided to squash the beef. If Joe Budden’s peace sign was not enough to say they’ve moved on, then take it from Quavo’s Steve Urkel smile in the photo. Go ahead and check out the reunion from Diddy’s 50th birthday party.

If a nigga hatin call him something else now lol #Love