NBA YoungBoy has a thing with the ladies, but today this photo of him kissing another has gone viral.

The Baton Rouge rapper has a lot to celebrate this week after his new album, AI YoungBoy 2, debut at number one on the charts after selling 106,000 copies in the first week. The project has been getting rave reviews since it’s release, and NBA YoungBoy has managed to stay in the headlines despite being on house arrest. However, he is getting a lot of attention on social media after fans dug up an old photo of him kissing another man rumored to be one of his close friends. The image has been around since last year, but for some reason, this weekend, it’s getting a lot of attention. 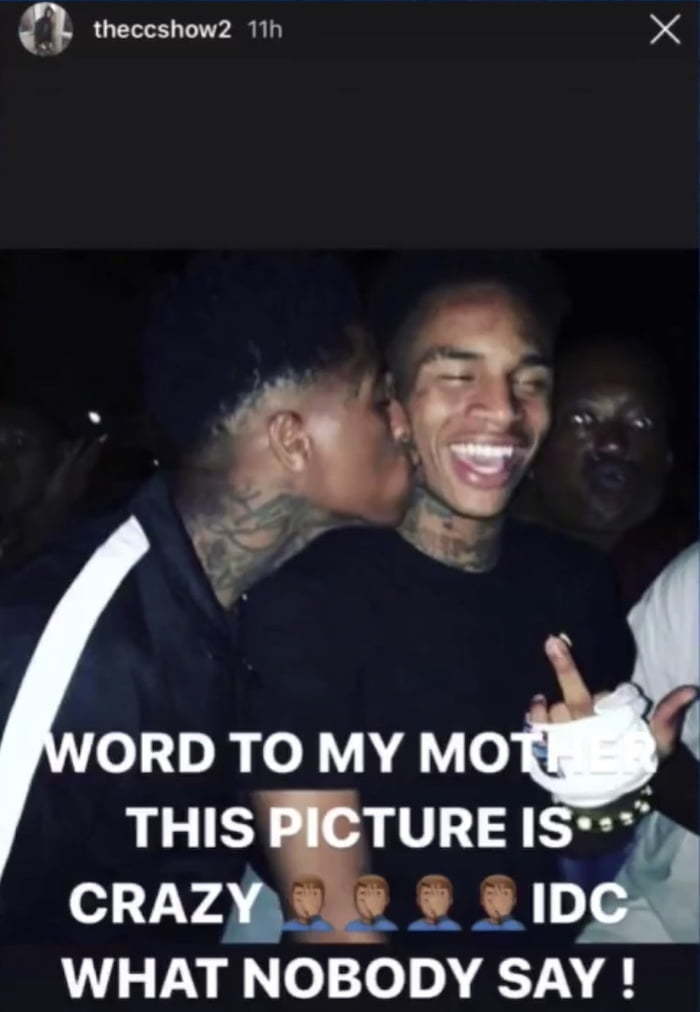 This debate is nothing new to hip hop. Back in 2002, Lil Wayne and Birdman received some unwanted attention after a photo of them kissing on the lips started making the rounds. The Cash Money rappers ensured years of harassment from fans and some of their peers in hip hop who trolled them over it. Some folks are still convinced that Wayne and his former mentor Birdman are gay.

Some fans argued that NBA YoungBoy photo shows him kissing the other man on the cheek as oppose to on the lips, so nothing is wrong with it.