Chris Brown has a thing with the ladies and this time it doesn’t involve Rihanna nor Ammika Harris.

Chris Brown has been very busy these days. From his online antics to his “IndiGOAT” tour, the singer has been pretty hands-on with his recent interactions. His latest action confused us but also piqued our curiosity. The singer kissed one of his back up dancers on stage in the middle of his performance at his Detroit show, and it’s left us all wondering what the deal is between them.

Just last week, Chris Brown became a trending topic online when he incited rumors that he had a rekindled burning romantic interest in his ex-girlfriend and highest-earning female artist, Rihanna. When Riri posted a sexy lingerie photo on Instagram to promote her Fenty X Savage line, Breezy found himself in her comment section requesting to be the closest thing to her in this photo, in this case, it was a lamp. Since the comment was public, it seemed the singer wanted the world to know that his first love still had his heart. 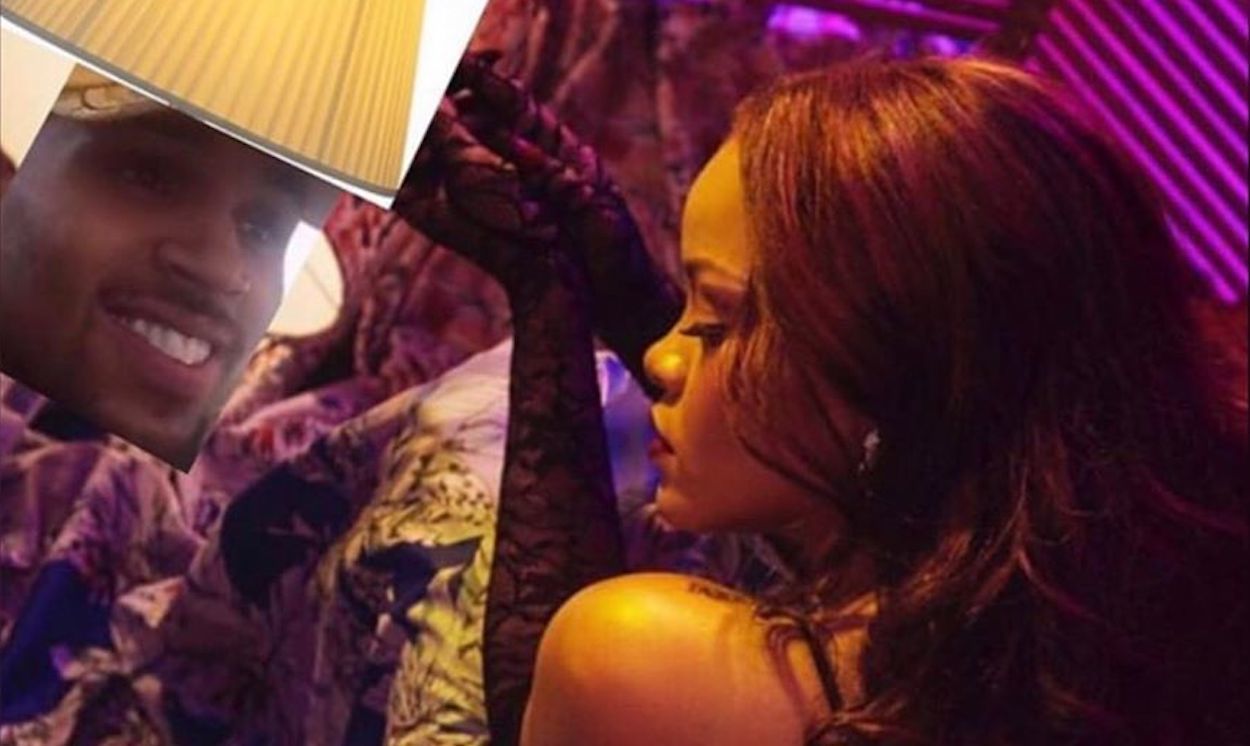 However, Chris later openly flirted with another more recent romantic link, Ammika Harris on Instagram as well. It’s being speculated that the two might still be involved based on their exchange where she requested that the singer “comes home already” There are also unconfirmed rumors that the model is pregnant with Brown’s child.

Now to add confusion to the story, Chris decides to lock lips with his dancer on stage for the world to watch on repeat. During his performance of his popular song ‘Privacy,’ Chris turned to face the dancer who walked towards the singer and dropped it low before grinding upwards on his body and kissing him for the big finale.

The whole thing happened pretty casually as Chris just got back to singing after the provocative dancing. We’re not sure what to make of this. Maybe she couldn’t help herself, and Chris just went with it. After all, he is one of the most eligible Bachelors in the industry. Let’s see if we will spot Chris in his dancer and kissing partner’s comment section next.

#PressPlay: #ChrisBrown and his dancer shared a kiss on stage tonight in #Detroit ? Via @hiphopdetroit @actheplug