Drake and his baby mama are on good terms.

Sophie Brussaux was spotted in the VIP section at Drake‘s show in Paris on Wednesday night showing off her cakes. The former adult film star appears to be having a good time with her friends while her baby daddy performed on stage in front of a sold-out crowd. Sophie posted a photo of herself on Instagram with one of her friends. “Dad, do you take a good picture of us ok?” – “Dad take the same but with the flash, see!” – “Wait, I’m putting my scarf back on,” she wrote in French.

She also shared a video of herself and Drake sitting around the same table with her friends. Sophie Brussaux has never spoken out publicly about having a baby for the famous Canadian rapper. Drizzy spoke about it briefly and even rapped about it on his new album Scorpion. 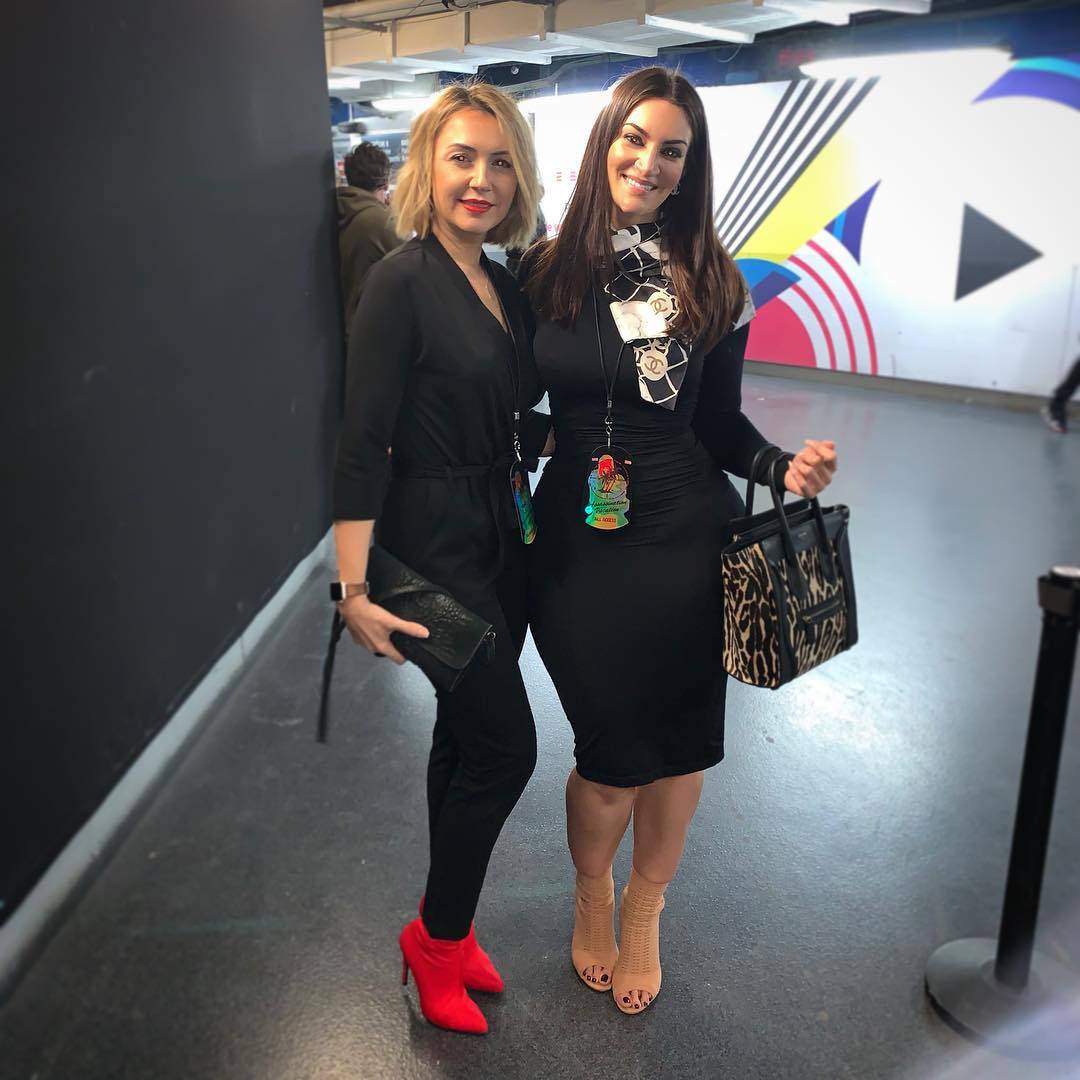 Much of the content surrounding his son Adonis came from Pusha T in his diss track “The Story Of Adidon” which triggered a heated feud between Drake and Pusha T last year. Kanye West also became a fixture in the beef after Drizzy blamed him for spilling the beans to his label mate Pusha T. Ye has denied the allegations, but Drizzy remains adamant that he was the one who spilled the tea after listening to his album before it came out.

On the project, Drake raps about not having a good relationship with his baby mama. So it’s good to see the two on good terms now as they work on co-parenting their baby boy Adonis. The Toronto rapper is currently making his way across Europe with his “Assassination Vacation Tour” featuring Tory Lanez.

#PressPlay : Looks like #Drake and his #Babymoms are on good terms! She was spotted supporting him st his show!