Masicka and Shane E got a fiery diss track for Rygin King on the way.

It was only a matter of time before Masicka responds to Rygin King‘s new diss track “Monument.” Since dropping the single last weekend, the Mobay deejay has been trending on YouTube and social media. Although he didn’t release the song as a diss track, the lyrics are pretty convincing who are his target. Some folks say Masicka and Alkaline are his primary targets, but now we’re learning that his former friend Shane E is also a target.

Fast-rising dancehall star Shane E posted a screenshot from a direct message exchange between himself and the Genahsyde boss which pretty much confirms that he will not be making peace with the “Tuff” deejay anytime soon. 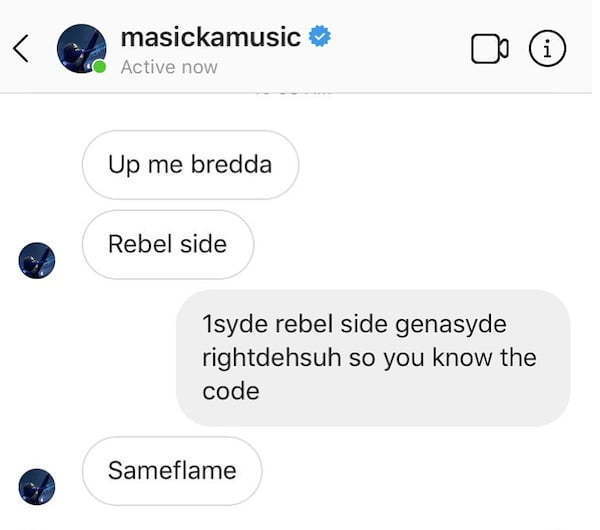 “Wah unuh say bout a collab? @masickamusic page dem endz and burn dem body #TopStrikerBadness #1press #DragDemAnyWeh,” he wrote. Sources confirmed with Urban Islandz that the two hard-hitting deejays have a collaboration in the works and King is the main target of the track.

Aidonia is a usual target of the Genahsyde leader and may be a target in the upcoming single as well.