The vocalist is one of three contestants who made it to the final round and moved one step closer to winning the talent show as well as a big payday and a possible record deal. Anthony Russell and Scarlett Lee also made it into the finals, but the Jamaican singer is the favorite to take home the prize.

Dalton Harris secured his spot among the finalist despite a rough week over rumors that he is in a gay relationship with fellow contestant, Brendan Murray, who was eliminated from the show on Saturday. Both men denied the accusations made by some internet trolls. 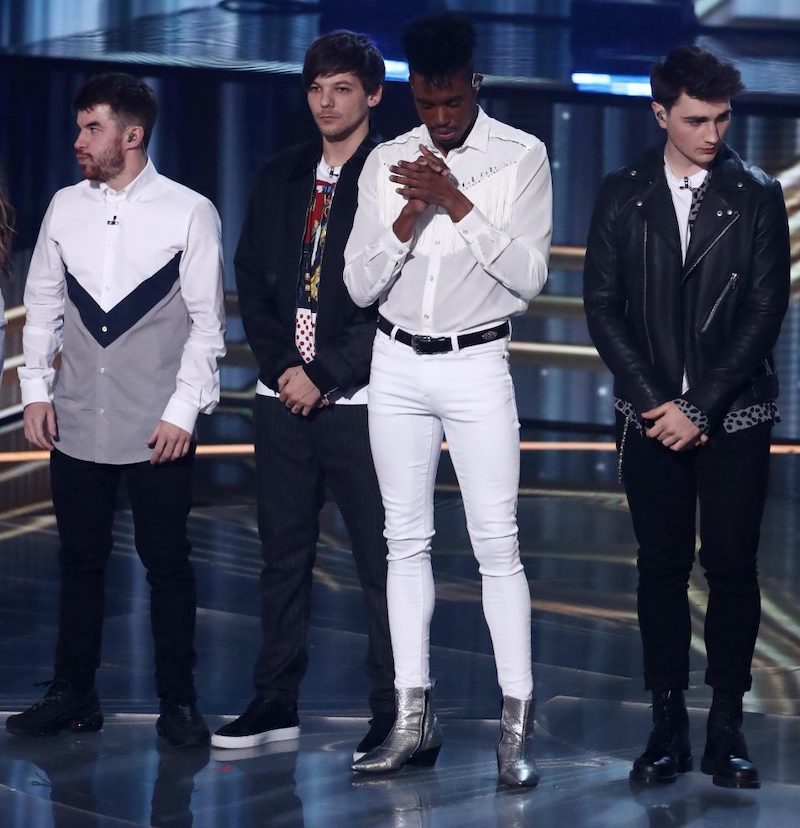 Harris and Russell made it straight into the finals through voting from the public. Scarlett Lee secured her spot by beating duo Acacia and Aaliyah in a competitive sing-off. The three remaining contestants went through a tense selection and appeared to be relief after making it through to the finals.

Despite being eliminated, Robbie, who mentored the group, Acacia and Aaliyah, predicted that they have a bright future in the music industry and even suggested that he wants to be a part of their journey. The three X Factor finalist, Dalton Harris, Anthony Russell, and Scarlett Lee, will now be traveling around the UK in their battle buses meeting and greeting fans.

A performance that #Stormzy and #Skepta would be proud of! Check it out here: https://t.co/9QttKqAt7I ??@acaciaxaaliyah_ #XFactor pic.twitter.com/OBPyqp5IlC

Speaking of fans, most viewers of the show seems to be in agreement with the final selections, unlike previous seasons when fans bemoan the show selecting the wrong finalist.