Vybz Kartel went HAM on Wendy Williams calling her out for bleaching her skin.

Last week, Wendy Williams dedicated an entire segment on her show to bash Spice, Vybz Kartel, and his teenage son, for bleaching their skins. The incarcerated deejay offload on the talk show host on his Facebook page where he got his Gazanation fans to chime into troll her relentlessly. First, Kartel posted an infamous photo of Williams on a beach. You can recall that said photo went viral a few years ago forcing her to address it on her show.

Vybz Kartel sit down and concocted his best caption for that photo and posted it on his Facebook page. “Worry bout the Carpenter’s who nail up your thighs to your Chest and low people business,” he wrote. “Azz look like when concrete mix UNDA WATA…. DUTTY ANGELA .. Smfh mirror broke hon? A wah hold you fi use mi Hood box you up.” 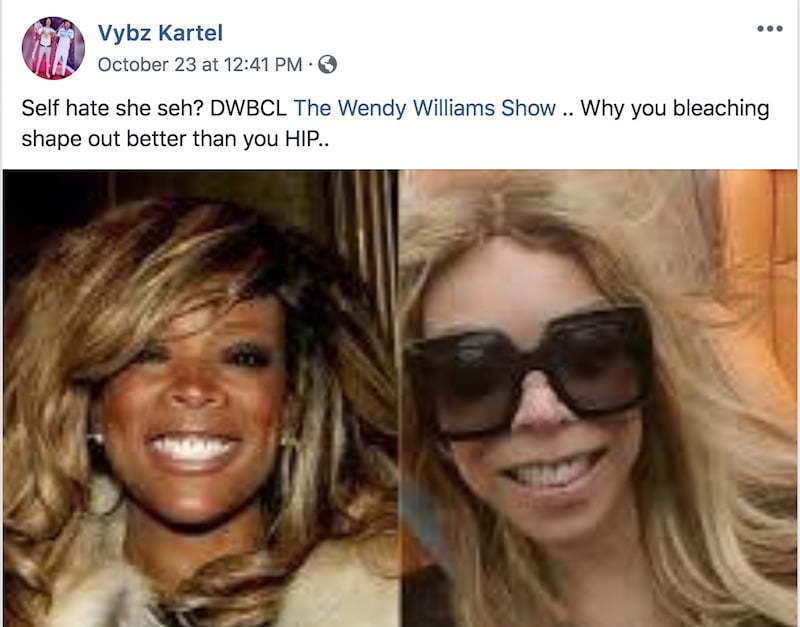 Vybz Kartel has always been very vocal about his skin bleaching, but Spice managed to broke the internet when posted a new photo of herself with light skin. He is also alleging that Wendy Williams also bleached her skin while calling her a hypocrite. “Self hate she seh? DWBCL The Wendy Williams Show .. Why you bleaching shape out better than you HIP,” he wrote while posting a before and after photo.

Kartel, who is currently serving life in prison for murder, is now getting ready to drop his new album Exiled Pharoah on the airwaves. The TJ Records-produced project is due sometime in December.