Was Buju Banton tasting cocaine in this leaked undercover video?

Buju Banton, whose real name is Mark Myrie, is only months away from being released from prison but this video will be a sore on his career for years to come. The Grammy-winning reggae star was convicted in 2011 for three counts of cocaine trafficking and sent to prison for 10 years. He is now towards the end of his decade sentence and now the case is being tossed back into the public domain with a newly leaked video footage.

During the trial, the prosecution presented this video in court showing Buju Banton and three other men inside a warehouse in Miami inspecting and tasting cocaine. Prosecutors say the video proves that the reggae star is a drug dealer who was about to make a deal. Two of the men in the video are believed to be Buju Banton former friend Ian Thomas and an undercover DEA agent posing as a drug dealer. Ian Thomas and James Mack took plea deals to testify against Buju and was released from prison in 2013. The man who Buju says entrapped him into the drug ring, Alex Johnson, also believed to be in the warehouse video. 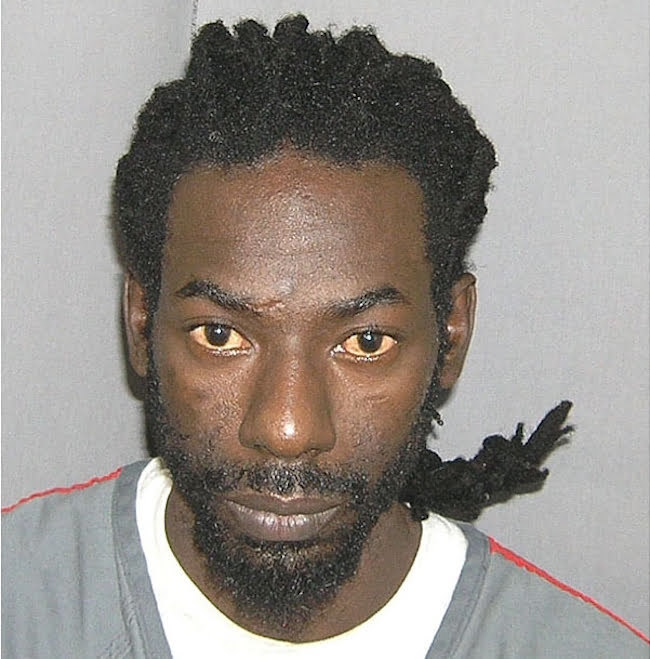 On Sunday, the infamous video popped up online showing the four men inside the warehouse inspecting cocaine. Towards the end of the short video posted below, you can see Ian Thomas giving Buju Banton a small amount of cocaine to taste which the singer did and then walked off. Buju was also smoking in the clip either weed or cigarettes.

Buju Banton met Alex Johnson on a flight from Madrid to Miami in the summer of 2009 when the two sat next to each other. The hit it off immediately and talked about drug dealing. In his defense, the reggae singer says he was trying to impressed Johnson when he proclaimed himself to be a big drug dealer with ties to some of the biggest drug kingpins in Jamaica. Turns out that Johnson was a Drug Enforcement Administration (DEA) informant and immediately started working to entrap the entertainer. Authorities also investigated Banton’s claim and found no link to any big name drug dealers in the Caribbean.

The two men exchanged numbers on the flight and Buju Banton wrote down his name and number on a napkin and gave it to Johnson. Banton says Johnson would also call him to meet up but he would always avoid doing it, but on December 8, 2009, he eventually went to meet with Johnson in Sarasota which is a 2-hour drive from where the singer lived in South Florida. 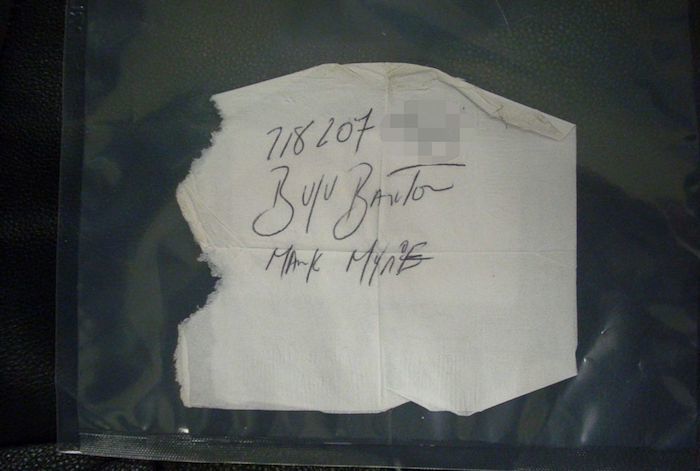 Johnson told Banton he had a sailboat to show him, but somehow that turned into the artist going inside a warehouse to taste cocaine. The DEA already set up a surveillance system inside the warehouse and the entertainer fell right into the trap. While in the warehouse, Johnson took a brick of cocaine from the trunk of an SUV and showed it to the men.

Buju Banton and Johnson again met up on December 8th to finalize the deal where they discussed pricing and other logistics while driving through the streets of Sarasota. Johnson gave the singer a small amount of cocaine to sell on his own as part of his trap for when the DEA ready to arrest him. Banton also thanked Johnson for the opportunity to sell drugs while also talking about his financial problems.

“Thank you very much for this opportunity man,” Buju Banton said. “Oh you have given me the opportunity to be myself again.”

The warehouse in the video is also owned by Sarasota Police Department and it’s fitted at every corner with hidden cameras and microphones. On December 10, 2009, Ian Thomas and James Mack went back to Sarasota with $135,000 to go buy five kilograms of cocaine from the police informant, Alex Johnson, and the undercover police officer posing as a drug dealer. The two men were arrested when police swarmed the warehouse when the deal was going down. Buju Banton was arrested at his home two hours away in Tamarac, Florida and that marked the beginning of his legal troubles.

Buju Banton, born Mark Myrie, was convicted of the three counts of drug trafficking charges against him, but Judge James Moody dismissed the gun charge. This was his second trial after the first trial in December 2010 ended in a mistrial with a jury deadlock. The police informant who entrapped Buju in the drug deal, Alex Johnson, was paid $50,000 by the DEA for his work to help them nab the singer.

Buju Banton was sentenced to the mandatory minimum sentence of 10 years in a federal prison. He appealed the conviction several times before exhausted his legal options. In 2015, he decided to give up on further appeal and serve the full sentence and in exchange, the judge agreed that he can never be charged with the gun charge again which could’ve seen additional years being tacked on his sentence.

Here is the video and two audio recordings of Buju Banton discussing drug dealings with Johnson.

For years the video and audio evidence, which were crucial to the police case against Buju Banton, has been tightly sealed, but the media has been relentless in its quest to have the evidence unsealed. Seems the video footage was finally made available to the public.

Buju Banton will be released from prison on December 8th this year.