Vybz Kartel put his own fans on blast for disrespecting his new girlfriend.

The “Luxury Doll” deejay posted a few photos of his new girlfriend on Instagram on Monday. This is not the first time that the deejay is posting a pic of his new bae, but this is the first time that he is confirming that they are dating. Some of you may be wondering how does Vybz Kartel get to date women from prison, well these relationships happen all the time and being a famous celebrity makes it even easier.

“Xoxo.. SidemOzturk,” Kartel captioned the post. She goes by the name Sidy Gaza and she is from Turkey. Sources told Urban Islandz that she and Vybz Kartel have been dating from around 2016 and she regularly visits flies to Jamaica to visit him in prison. She also commented on the post saying, “My baby I love you… So Much.” Kartel responded by saying, “Love you mi baby. oh.” 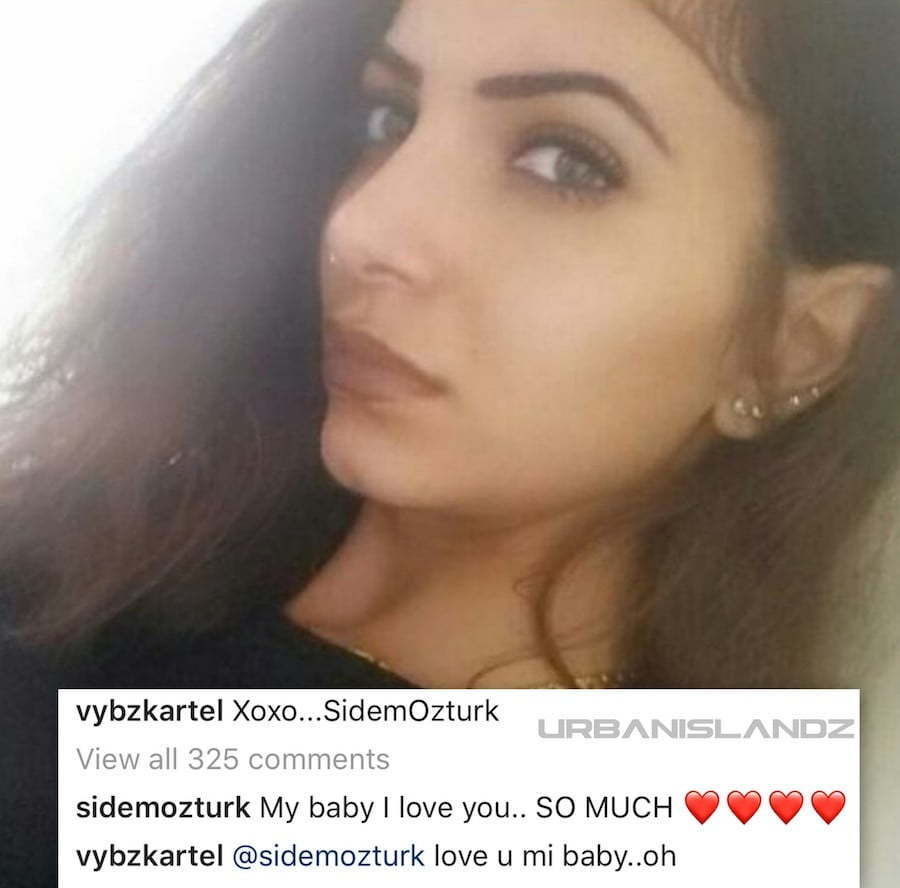 Seems some of the Gaza girls wasn’t too happy about Vybz Kartel post and left some pretty nasty comments calling the deejay’s girlfriend some shocking things. “Worl’Boss sell we out just another black man stepping on black woman for a white b**ch,” one fan wrote while another added, “Where Kartel get these fake Gaza groupie, you can do better than this boss. This you left Shorty for?”

Some of the deejay’s fans even questioned her ethnicity. Vybz Kartel has since disabled the comments on the posts and edit the caption blasting his fans for hating on his new girlfriend. “Shes white? Lol come offa mi page wid simple minded ignorant rubbish,” Kartel wrote.

Vybz Kartel will be back in court on Thursday of this week for the final appeal hearing ahead of the trial set for July 9th. Urban Islandz will keep you updated on the developments in the case.