The Gazanation leader received a big co-sign from his former mentor this week after dropping his new single “Under Water.” Bounty Killer posted a snippet of the track on his Instagram feed while labeling it “real dancehall sound.” He also told the upcoming producers in the game to take notes from Vybz Kartel and TJ Records who produced the single.

Kartel left a comment on the post saying, “Daddy a your school mi graduate from eno #AllianceUniversity so it ain’t no surprise Daddy lol.” 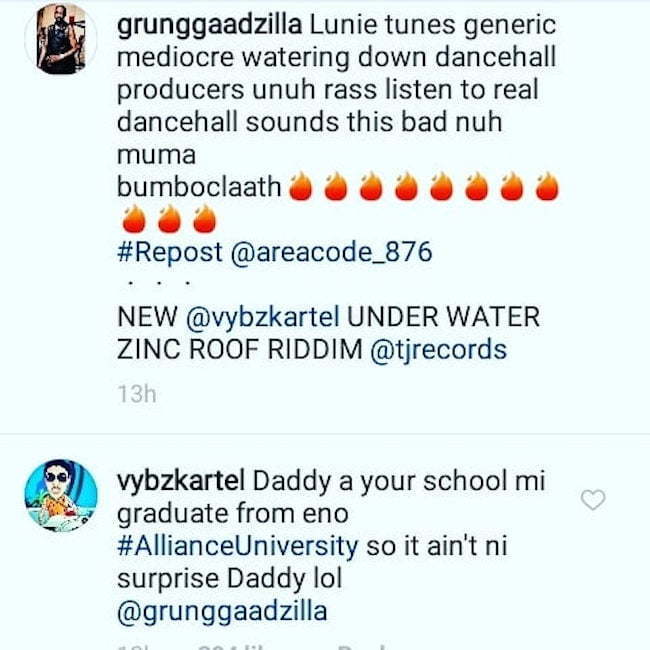 This is another clear sign that Bounty Killer and Vybz Kartel have worked out their differences and are again on good terms. The two had a bitter fallout over a decade ago that lead to the infamous Gully/Gaza feud. That rivalry is largely responsible for the rapid rise of Mavado and Kartel at the time in the mid-2000s.

In 2009, Killer was one of few dancehall artists who were very critical about Vybz Kartel bleaching. His harsh words lead to a scathing diss track from Kartel who is a former student from his Alliance group. The two deejays are now putting those bad blood aside for the greater good of dancehall.