Vybz Kartel is safe and no inmates were injured after the Tower Street Adult Correctional Center, aka GP, caught fire.

On Wednesday afternoon a massive fire broke out in one block of GP prompting an evacuation. Up until the time of this publication, the fire department manages to get the blaze under control and are now investigating what might have started the fire and how much damage was done. One correctional officer said that approximately 30 inmates were housed inside the George Davis Centre block of the prison. They were all relocated and accounted for.

Vybz Kartel, whose real name is Adidja Palmer, is currently serving a life sentence with the possibility of parole after serving 35 years. The dancehall deejay is currently getting ready for his appeal trial in February 2018. Last year November, he was transferred from the Horizon Remand Center to the Tower Street Prison following an investigation into allegations that he has been recording music in prison.

This is one of the images floating around showing a section of the prison on fire. 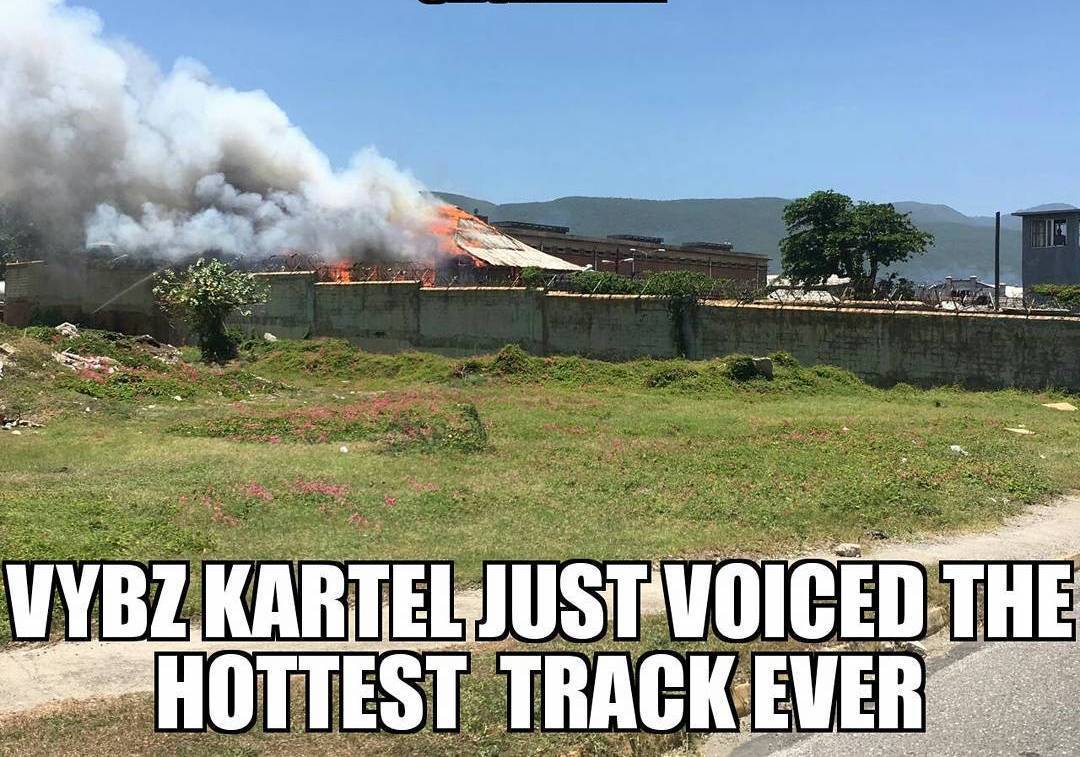