Foota Hype is either trolling us or is a very unique human being because he insist that both himself and Vybz Kartel are friends with aliens.

Back in 2015, the sound system selector/producer had a minor stroke and ever since he recovered he has had a staunch fascination with other worldly beings. He once tweeted out a photo of the sky over Montego Bay that shows an image depicting an alien craft in the clouds and told his fans that “other beings coming to earth and living among us.”

Last week, Foota Hype posted a photo of Vybz Kartel and a fictional alien being. The image is clearly photoshop, but Foota had this to say to all Gaza fans. “Gm well unu say mi mad so mek mi si wah kind a excuse unu ago have fi kartel now cause him say him a link wid alien unu make a big deal out a it when mi say dem real him say him a link wid dem wah unu say ? Gaza fans Included.” 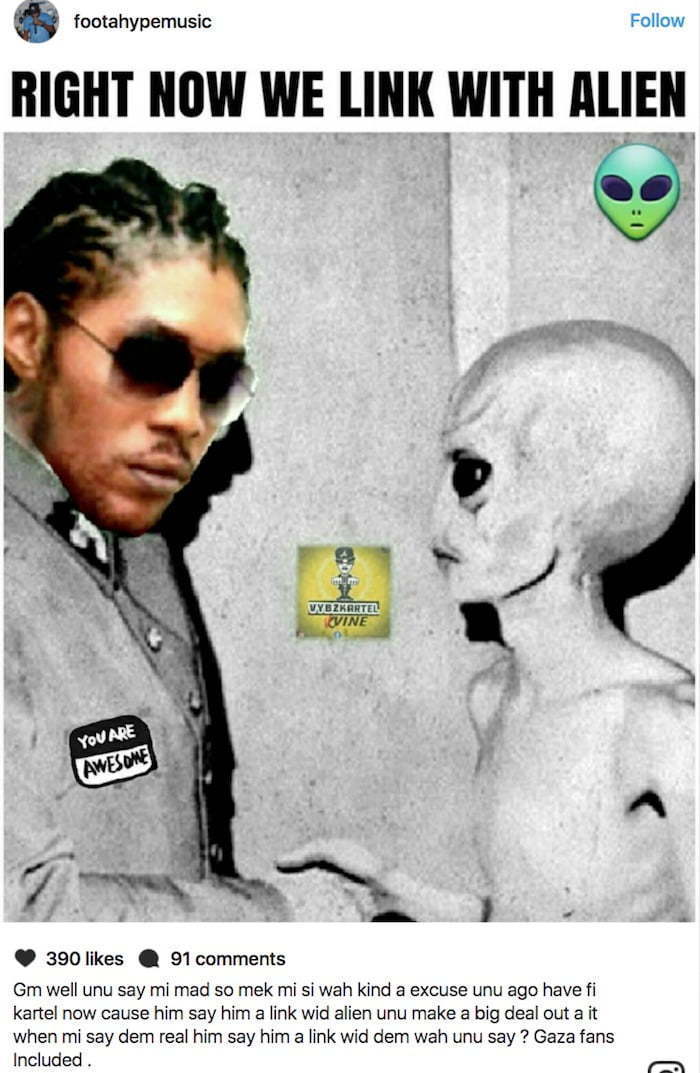