The couple was spotted on in Biloxi, Mississippi on Saturday night where Quavo was performing. Karrueche was backstage the entire time and then after the show they both left together in an SUV. TMZ is reporting that the two have been friends for months now and things are starting to get serious. Sources around them say they have definitely gotten closer lately and seems to be happy with each other. Some folks are saying that they are not calling themselves exclusively but secretly they think of themselves in that light.

Karruche Tran has not gotten exclusive with anyone since her bitter split from Chris Brown in 2015 over his love child Royalty. Since then she has had several issues with her ex over him being jealous of anyone who attempts to date her. She has also been trying to serve him with a restraining order for weeks now, but he keeps dodging. She told a judge that Breezy has threatened to kill her and her best friend. So maybe Quavo will find himself in a new beef with Chris Brown given his history. 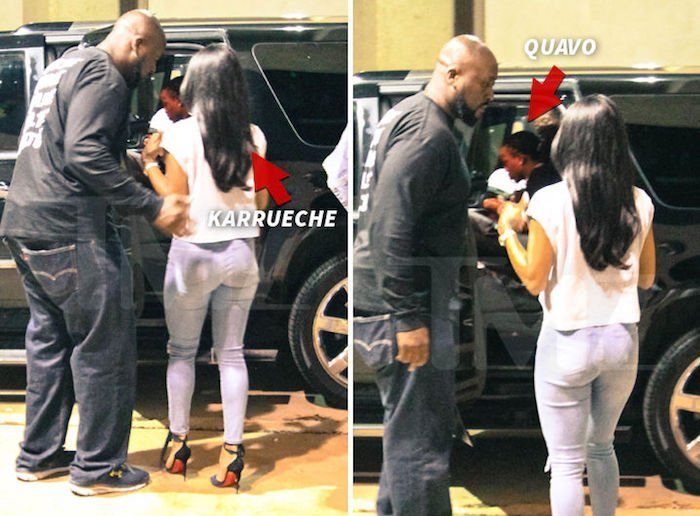 Quavo himself has been having a great year and banging Karrueche Tran will be another big win for the Atlanta rapper.